Recall that on January 26, the Ndi Ezeogos of Igbere (Chima Anyaso’s hometown) welcomed and received BenKalu, APC candidate for Bende Federal House. At the event, they presented a moving welcome address dated January 26, 2019 wherein they acknowledged BenKalu’s appeal for their votes and prayed for his success in the polls. Read the welcome address here.

However, embarrassed by the welcome address, Chima Anyaso and his camp initiated a smear campaign on social media last week, calculated to damage the soaring popularity of BenKalu. In the false publication, it was alleged that Ndi Ezeogo Igbere threatened to drag Barr. Benjamin Kalu (BenKalu) to court for forgery. In the same publication, certain false statements were attributed to an unnamed Ezeogo who allegedly queried why Ndi Ezeogo Igbere should endorse BenKalu. Furthermore, a certain Chief Jerry Kalu purportedly made a promise to assist Ndi Ezeogo to “bring Benjamin to book”.

Expressing their annoyance at the publication of falsehoods, the Ndi Ezeogos renounced and refuted the claims completely via the notice below, issued and signed by the council and its top excos as follows; Ezeogo Samuel U. Ekeoma (PRO), Ezeogo Chidi Anya Okoro (Secretary), Ezeogo Michael A. Onuoha (Vice Chairman) and Ezeogo O.E. Ukaegbu (Chairman). 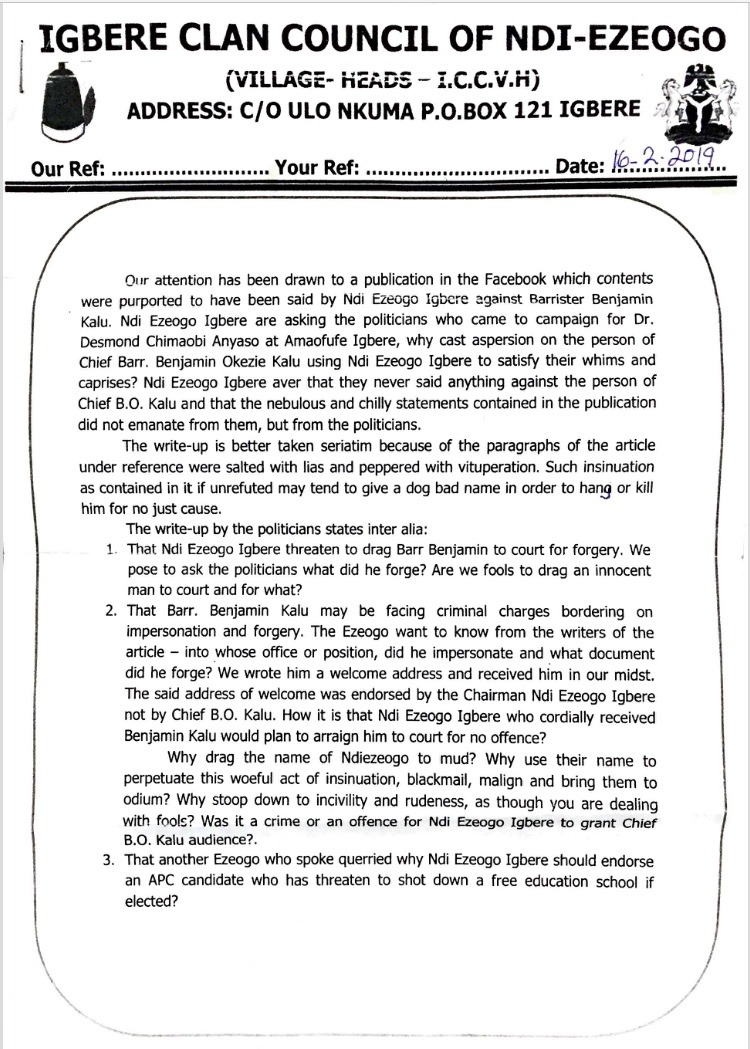 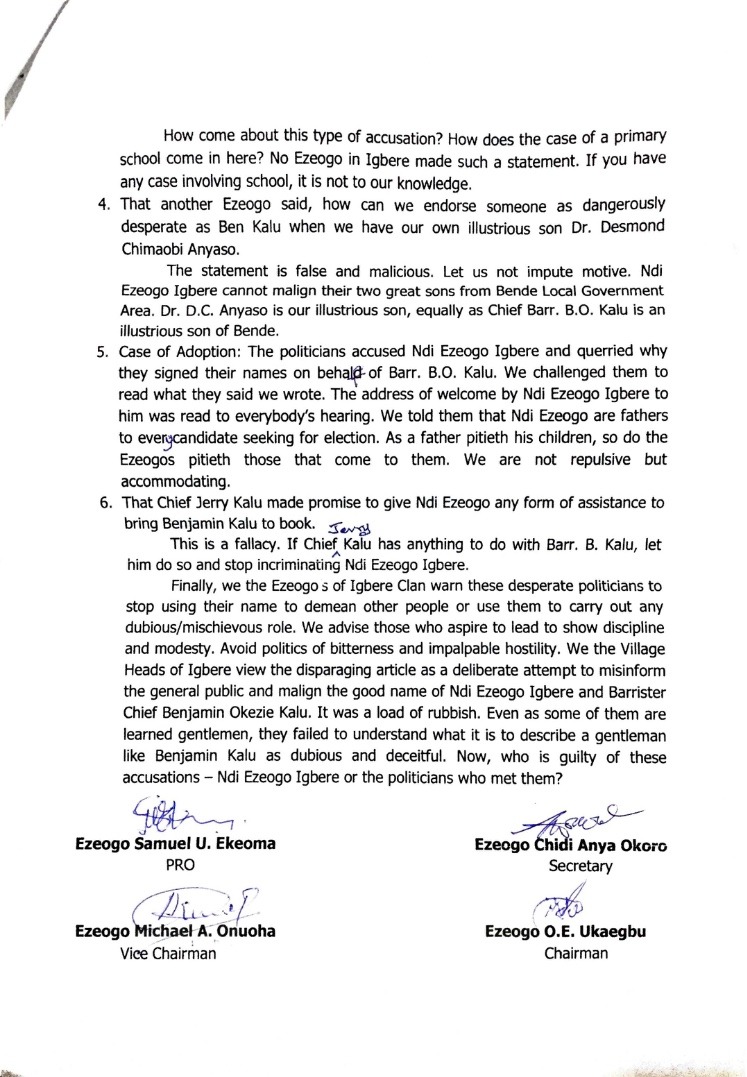 This letter comes as a rebuke to the latest of several Trumpesque false claims made by Chima Anyaso and his political camp. Recall that at the infamous Abia Election Debate in January, Chima Anyaso had falsely claimed over the radio that the Ama-Igbere Farmers’ Co-operative Society (1966) rice mill, the largest rice mill in Bende, belonged to his family. He also bragged that the road from Bende to Igbere which cuts across Ozuitem to Item was built by his family. After investigations, Drum Africa News confirmed that the Bende-Item road was actually built by Dr. Orji Uzor Kalu as his very first project as Abia State Governor in 2001.

Furthermore, Mr. Anyaso’s claims to have electrified Itumabuzo and Bende were later revealed to be false as the communities are still in darkness.

In an era of the proliferation of fake news and falsehoods, Drum Africa News was prompted to conduct fact checks into most of the claims made by Chima Anyaso.