Okey Ezeala and Chima Anyaso, gimmicks of a stooge and his paymaster

by Drum Africa
in Uncategorized
65
0

Aide to Rep. Benjamin Okezie Kalu has addressed the allegations of forgery against the legislator, calling them frivolous and politically motivated. Read the press statement below;

Okey Ezeala and Chima Anyaso, gimmicks of a stooge and his paymaster

Our attention has been drawn to a press statement alleging that Rep. Benjamin Okezie Kalu forged his primary and secondary school certificates. It has become necessary to make this press statement to allay the fears of Bende Federal constituents who have expressed concerns about the personal vendetta against Rep. Kalu.

It is laughable to say that Rep. Kalu forged a school certificate when his fellow primary and secondary school mates, as well as the teachers and principals who taught him are still alive and well and can testify against this allegation.

The court suit mentioned in the mischievous publications, is an action sponsored by Rep. Kalu’s opponent who has refused to accept his loss. There is abounding evidence to show that Okey Ezeala, the claimant in this matter, conspired and connived with Rep. Kalu’s opponents to file this matter in court with the intent to keep the legislator busy and distract him from working for the people of Bende.

It is well known that Okey Ezeala, who is NOT an APC chieftain, has harboured a grudge against Rep. Kalu, because he felt that he was denied the House of Assembly nomination for Bende South in favour of Solomon Okogbue, ignoring the fact that such nomination does not come from an individual but from the people of Bende South. Evidence suggests that Ezeala after threatening to deal with Rep. Kalu, conspired with his political opposition to file this frivolous matter which ordinarily should be a pre-election matter for the purposes of distracting the legislator from working for Bende in return for payment and sponsorship. This was against party directives that no party member should take another to court. There is evidence to show that this negotiation eventually went to the highest bidder including various telephone conversations where Rep. Kalu refused to pay him off to drop the frivolous action.

As further proof of the nexus between Okey Ezeala and his paymasters, it is on record that barely a month ago, Chima Anyaso lost an attempt to be joined as a party to this matter in the same High Court of Umuahia, where the court informed him that he cannot benefit from a matter after exhausting his rights at the election tribunal and the Court of Appeal. Interestingly, the same Senior Advocate of Nigeria (SAN) who presented Chima Anyaso’s failed bid to be joined as a party, is the same SAN who has been paid to lead Okey Ezeala’s case.

The people of Bende are encouraged to disregard these malicious attempts to distract Rep. Kalu from delivering on his mandate. In the same way his opponents lost at the election tribunal and the Court of Appeal, Rep. Kalu has every confidence in the courts that this will not be an exception. The people of Bende are assured that justice will prevail in this matter.

Rep. Benjamin Okezie Kalu will continue to work for Bende and will not be distracted. 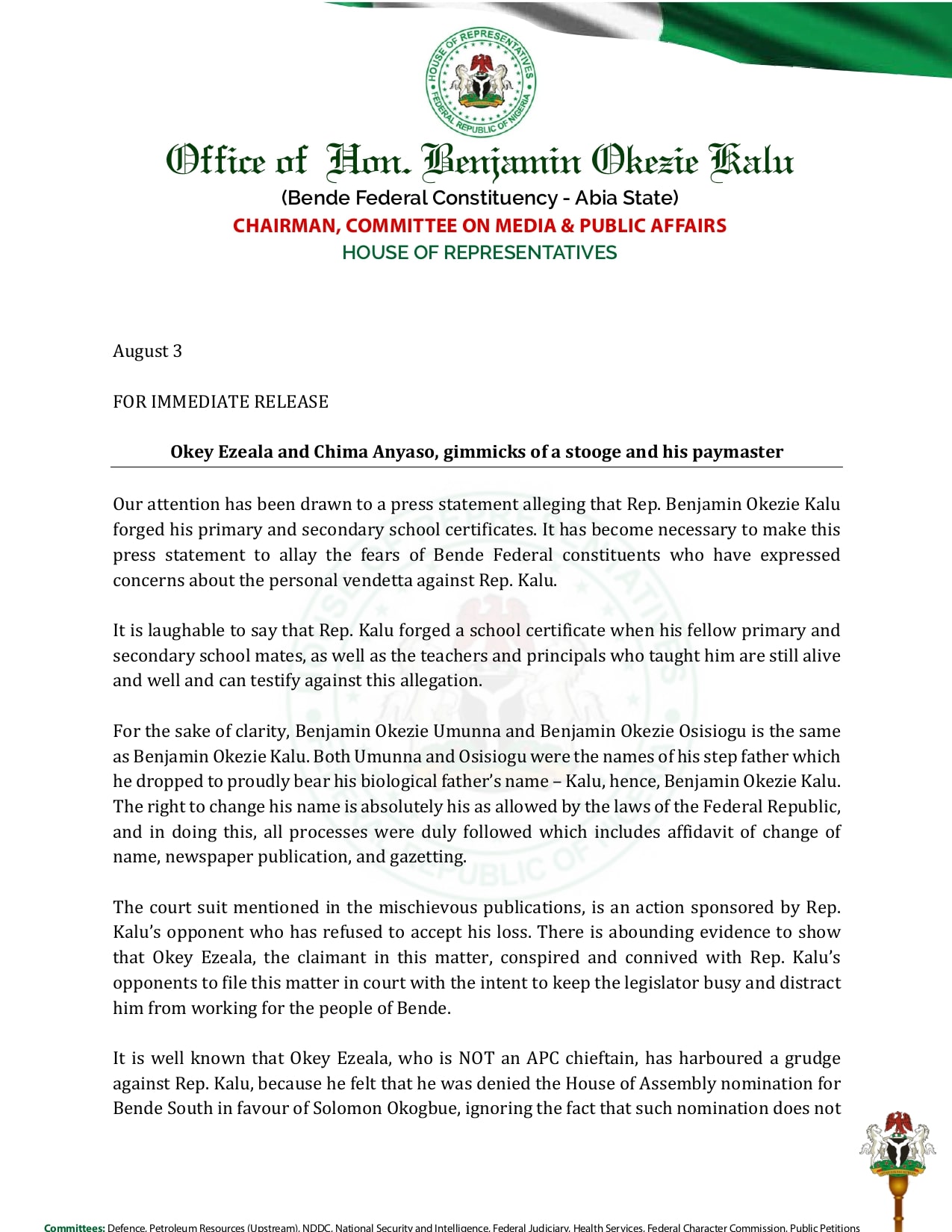 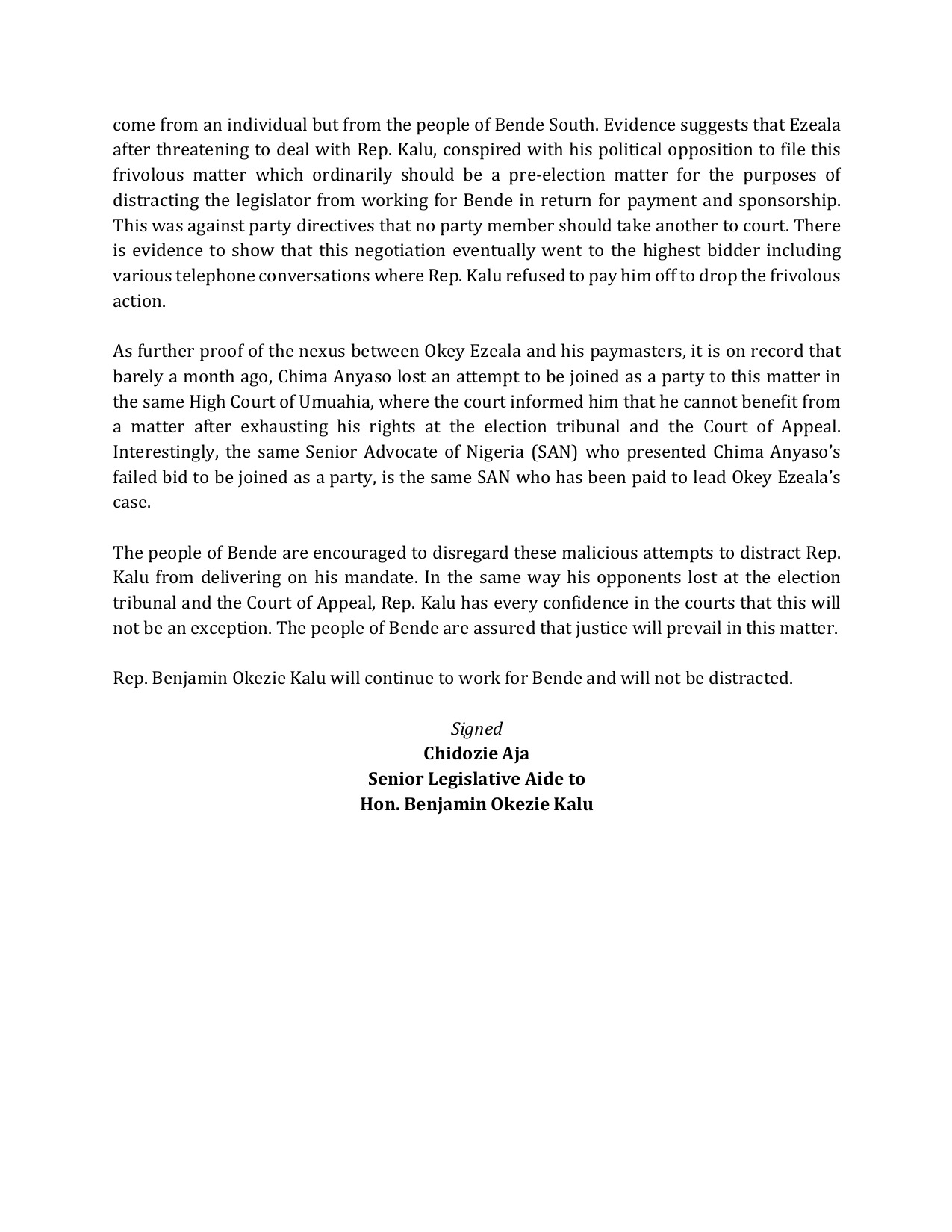