Prof. Victor Ukaogo: Rain of Awards for a Cerebral Scholar and Humanist

Seen by many especially his students past and present that encounter(ed) him regularly as a cerebral scholar and colleagues that interact with him, Professor Victor Ukaogo, the erstwhile activist-investigative journalist, human rights campaigner, historian, international lawyer, strategist, communicator, consultant, public affairs analyst and consummate humanist has been in the news in the last 72 hours for the right reasons. From two locations and two different states and organizations, this calm and unassuming academic of note has been honoured by critical stakeholders in the society for his contributions to knowledge and society. An all-rounder and enigma of sort, fondly called Maradona in his youth for his deft, pace and mesmerizing moves with the round leather object when he plied his trade with clubs, Professor Ukaogo is a devoted comrade with great commitment to human liberation and upliftment of the individual.

In Aba, the Unity Church of Practical Christianity Nigeria found reason to honour him with a deserved feather of recognition as a Distinguished Exemplary Humanist Award on the 9th of May 2021 during which the Church extolled his contributions to mankind and his environment. Forty-Eight hours later, The Research and Development Initiative in collaboration with the Department of Music and the prestigious Institute of African Studies, University of Nigeria decorated him with yet another Award in recognition of his ‘administrative and academic ingenuity’ in the service of mankind. Given to mentoring young boys and girls through creative and resounding impact, Prof. Ukaogo’s mentees are everywhere across the world and daily testifies to his good spirit and open arms. One recounted how he was fed for four years, another how his school fees was paid and yet another how in the face of difficulties, the professor assembled a team of friends to pay for his upkeep through school. The testimonies abound and it is so very easy to see why the rain of awards is beginning to arrive.

I have had reason to visit Prof. Ukaogo in his office at the University of Nigeria where I saw first hand the demonstration of his free soul with students and colleagues. Rarely in suit, but mostly in crisply ironed shirts and trousers with off-the-shelf clean shoes oozing with designer perfume, this rare academic combines his service to humanity with verifiable intellectualism. He graduated early from the university of Lagos with a second-class upper degree, but obtained a late doctorate degree at the age of 37 and climbed the professorial rank at 42years, this scholar that perches at the top of an academic study group as Director-General is in love with academic liberty and communal living; the two principles that footnote his daily life. Congratulations Prof. 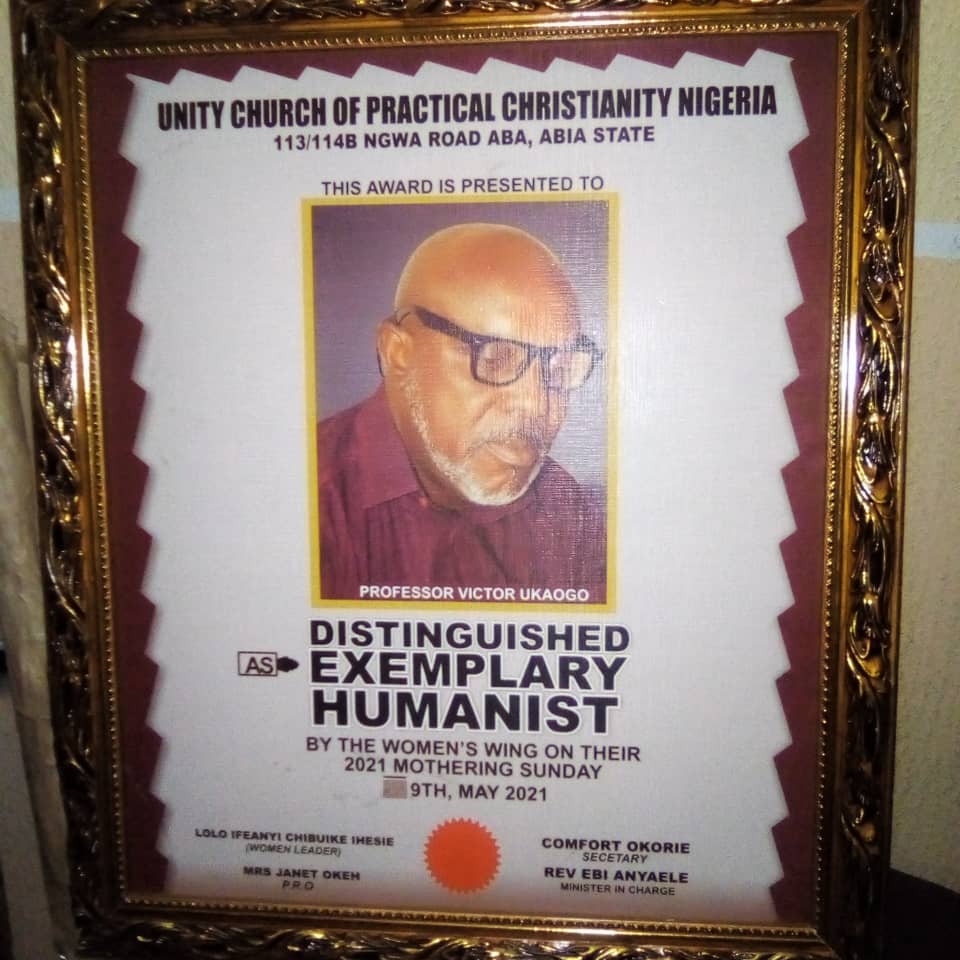 The House of Representatives debunks claims that the Speaker is opposed to the Southern Governors’ call for Restructuring.