by Drum Africa
in Uncategorized
66
0

House of Representatives Spokesperson and Member representing Bende Federal Constituency has congratulated Dr. Anyim C. Nyerere on the confirmation of his appointment as South East Commissioner for the National Pension Commission (PenCom) by the Senate.

While thanking the Federal Government and the leadership of the Senate for entrusting a son of Abia with such an important role in public service, he expressed his confidence in the ability of Dr. Nyerere to deliver on the job, describing him as “a competent son of Igboland and a perfect fit for the office of PenCom Commissioner- a square peg in a square hole”.

Read the statement below:

It is with great delight that I received news of the Senate’s confirmation of Dr. Anyim C. Nyerere’s appointment as South East Commissioner for National Pension Commission (PenCom).

There is no bolder statement of Nigeria’s commitment to improving pension administration, than the Federal Government’s constitution of a new executive management for PenCom. Mr. President’s choice of Dr. Nyeyere, clearly demonstrates a preference for technocrats with integrity who are bound to increase the confidence of stakeholders in the pensions industry.

Credit must also go to the leadership of the Senate for entrusting a competent son of Abia with such an important role in the public service because indeed, Dr. Nyerere, is a perfect fit for the office of PenCom Commissioner- a square peg in a square hole.

It is a momentous occasion for all Abia progressives; and on behalf of my family and the entire people of Bende Federal Constituency, we congratulate Dr. Anyim C. Nyerere on his well-deserved confirmation. 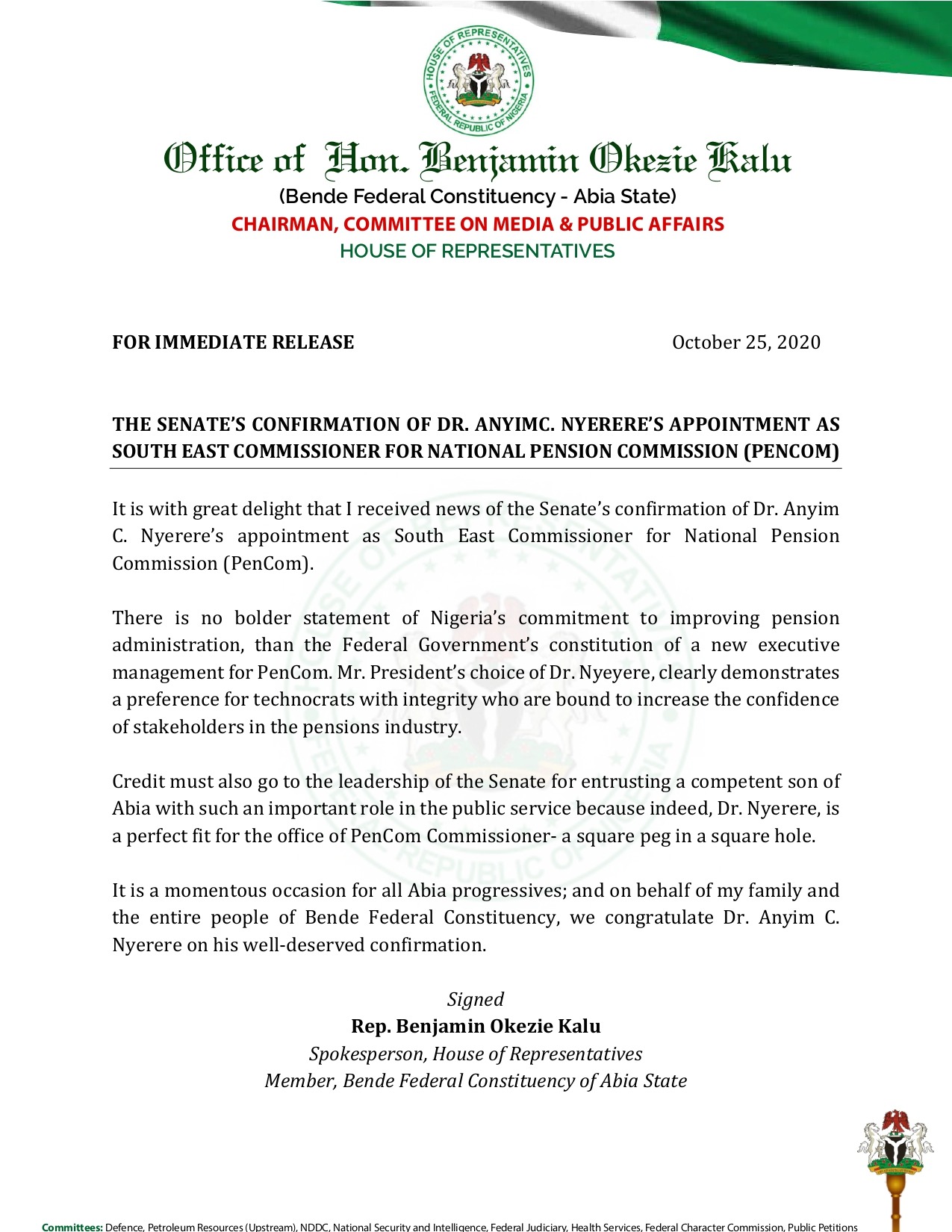