The Chairman, House Committee on Media and Public Affairs, Rep. Benjamin Kalu has expressed utmost delight on the reopening of the Akanu Ibiam International Airport to air traffic.

Rep. Kalu who was seen alighting from the first commercial aircraft to the commissioned run way was visibly elated over the speedy completion of the runway reconstruction and said he was excited that Akanu Ibiam International Airport has come alive again with better facilities.

He stated that the reopening of the airport will not only boost the economy of the South East but also benefit individuals living in neighboring states like Cross River, Kogi and Benue States.

Responding to questions from a correspondent on the economic benefit of the airport to people living in the South East Region, Rep. Benjamin Kalu said;

“The closure of the airport in the last one year has affected the economy of the southeast and l believe with the recommencement of flight operations, commercial activities will pick up again and Enugu’s tourism and hospitality sector which suffered greatly will start to recover. I am happy the Minister of Aviation, Hadi Sirika has assured us that he will give approval for more international airlines to come to Enugu.”

“I commend President Muhammadu Buhari for his intervention in approving funds for the project and the Minister of Aviation for keeping to his promise of delivering an airport with ultra-modern facilities.”

“I also applaud the Governor of Enugu State, Ifeanyi Ugwuanyi, the entire Governors of the South East as well as the leadership of Ohaneze Ndigbo for their efforts and commitment towards the realization of the project.”

“I equally praise the tenacity and dedication of the Managing Director of the Federal Airports Authority of Nigeria, (FAAN), Captain Rabiu Yadudu and his management team including all the heads of agencies in the aviation sector who worked as a team to ensure quality delivery of the project.”

“With the on-going installation of airfield lightening systems and the construction of the international and cargo terminals, the Akanu Ibiam International Airport will be one of the best in the country.” 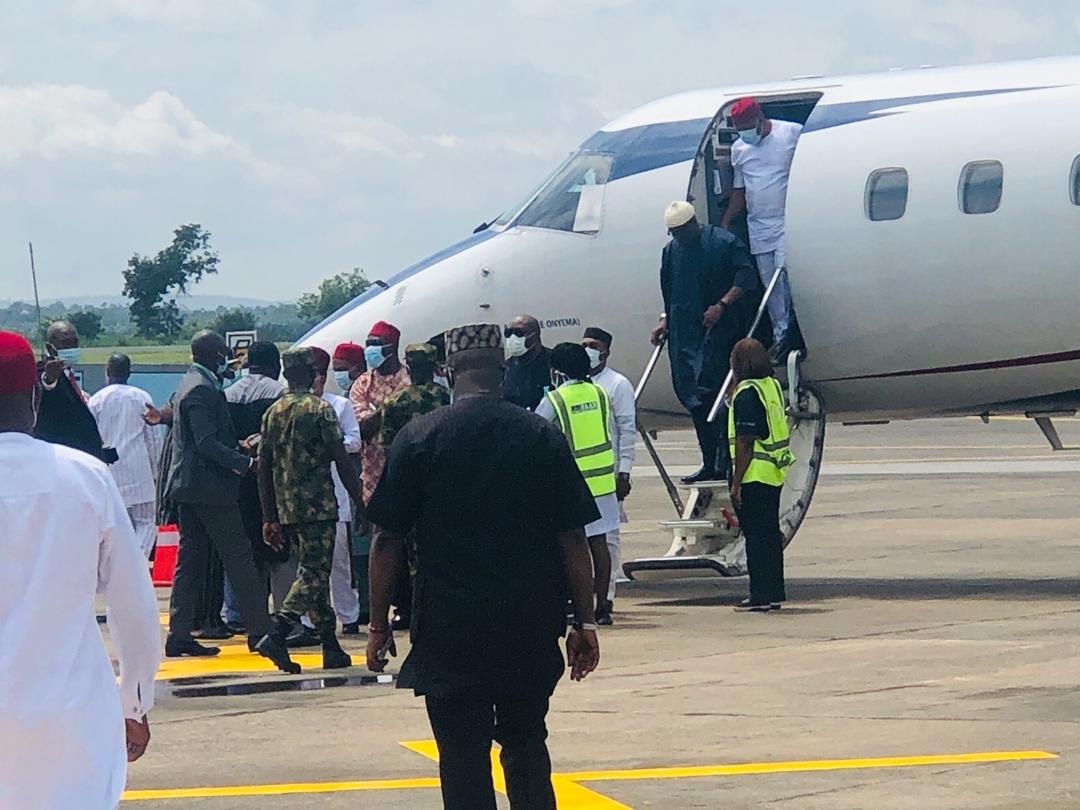