Following the end of the first session of the 9th House of Representatives, a list of the highest performing legislators by Bill sponsorship has just been released by Order Paper.

Rep. Benjamin Kalu is ranked among the top 5 performing legislators with the highest number of bills despite his busy schedule of protecting the image of the House.

According to Order Paper, here are the top 10 legislators who have been ranked alongside Rep. Kalu as lawmakers with the highest number of bills: 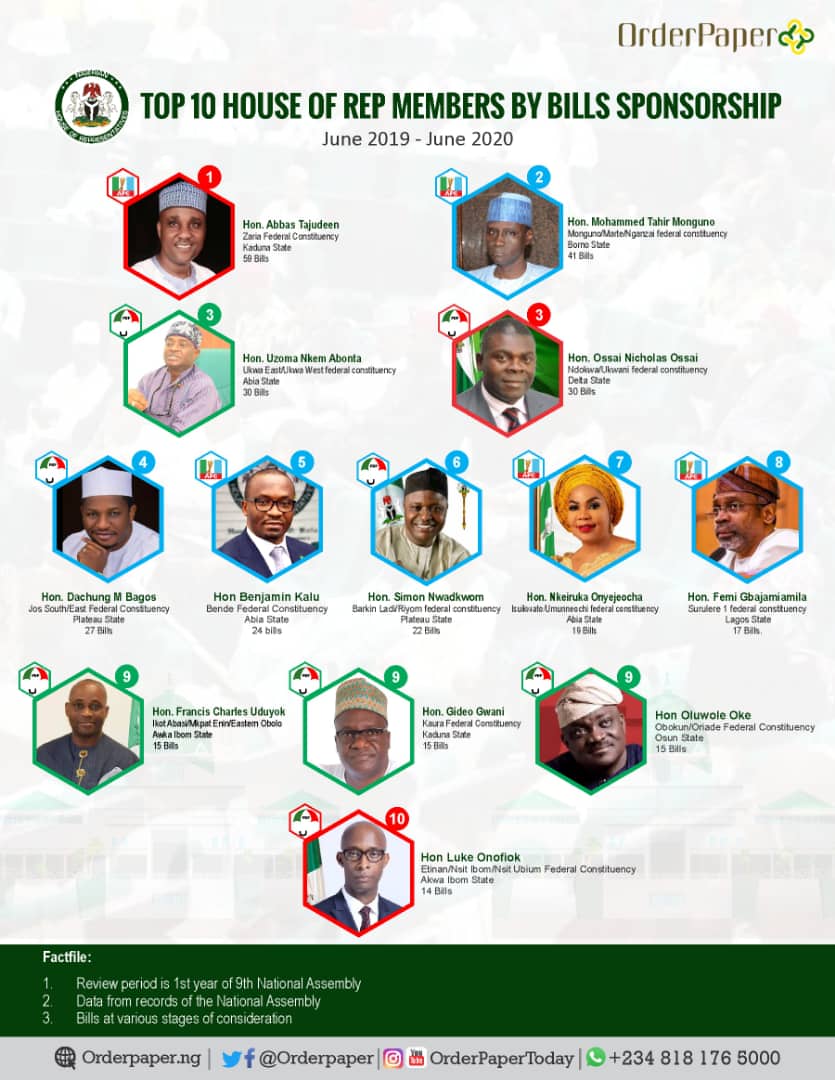