In a statement signed by Rep. Benjamin Kalu, the House Spokesperson and Member representing Bende Federal Constituency has wished Senator Nkechi Nwogu a happy birthday referring to her as a modern Joan of Arc and a treasure of Igboland.

The birthday message for the distinguished Senator and APC stalwart reads as follows:

For myself and on behalf of the entire people of Bende Federal Constituency, it is my absolute delight to celebrate a charismatic leader, a diligent servant of the people, a modern-day Joan of Arc and a treasured gem of Igboland, Senator Nkechi Nwogu CON on the anniversary of her birth.

One of the strongest pillars of APC in the entire south east, Senator Nwogu’s stellar service to the good people of Abia Central Senatorial Zone remains a source of inspiration to all progressive leaders of Abia extraction and it is my prayer that, like fine wine, the years ahead will gift us her best yet. 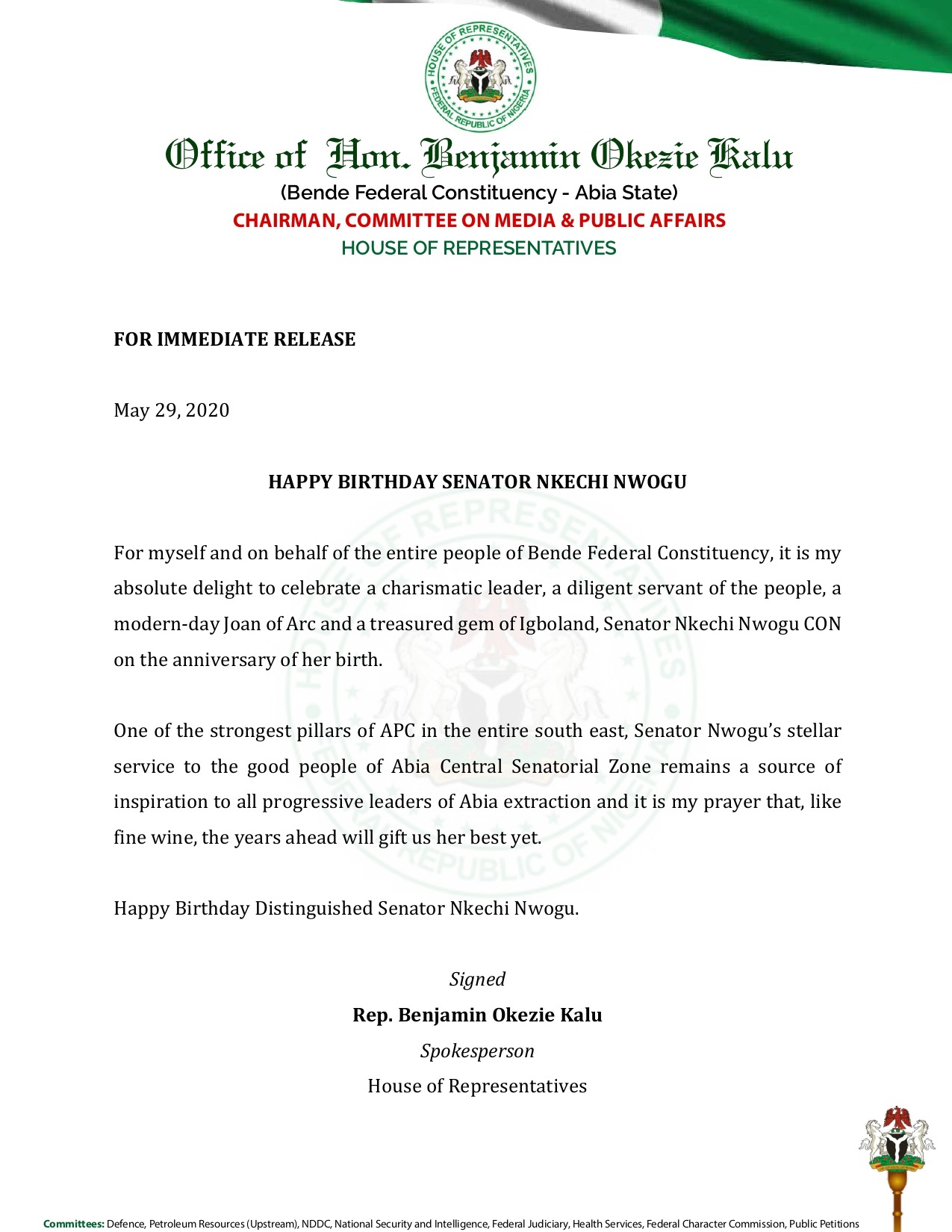