by Drum Africa
in News, Politics
63
0

It has come to the attention of the House of Representatives that a newspaper report on Friday, March 27, 2020, had insinuated that the Green Chamber is distributing official vehicles for the 360 members of the House at this critical moment that the country is battling to contain the Covid-19 pandemic.

This story is rather unfortunate at this time that Nigeria and Nigerians are striving hard to address the pandemic that has forced the Federal Government, and even the various states’ governments, to take drastic measures.

Not only has the National Assembly been closed since Tuesday the 24th of March in the wake of the pandemic, but most lawmakers are also in their constituencies.

As a House, we are not unmindful of the mood of the nation at this critical time and are committed to ensuring the country stands united in these trying times.

It is out of that commitment that the House on Tuesday, March 24, 2020, introduced and passed the Emergency Economic Stimulus Bill, 2020. It is on record that the leadership of the National Assembly on Wednesday, March 25, 2020, about 24 hours after adjournment, engaged some top government officials in the Executive arm and approved the release of N6.5BN for the National Centre for Disease Control (NCDC), N10BN for Lagos state, as part of efforts to address the issue of Covid-19 pandemic.

Despite adjourning for two weeks to curb the spread of the virus, the House had expressed its readiness to reconvene at any time to consider measures aimed at addressing the situation, including a review of the 2020 Appropriation Act, if need be.

We are committed, as lawmakers, to join hands with the Executive arm to take measures aimed at containing the pandemic and providing succour to Nigerians as a result of the economic shock necessitated by Covid-19 all over the world.

We, therefore, urge Nigerians to disregard the newspaper report on the vehicles’ distribution as it is mischief taken too far. Just yesterday, the same paper on its back page, claimed that the house “closed shop and went on holiday” three weeks ago, a clear falsehood that is common knowledge. The House only shut down 3 days ago and not three weeks ago as falsely and mischievously reported. The paper chose to ignore all the house did within this time, the special session on addressing the high number of out of school children, intervening in the strike action by FCT health workers, etc.

We also call on Nigerians to join hands with governments at all levels in addressing the issue of Covid-19 pandemic. Let’s all adhere strictly to the preventive measures taken by the government. 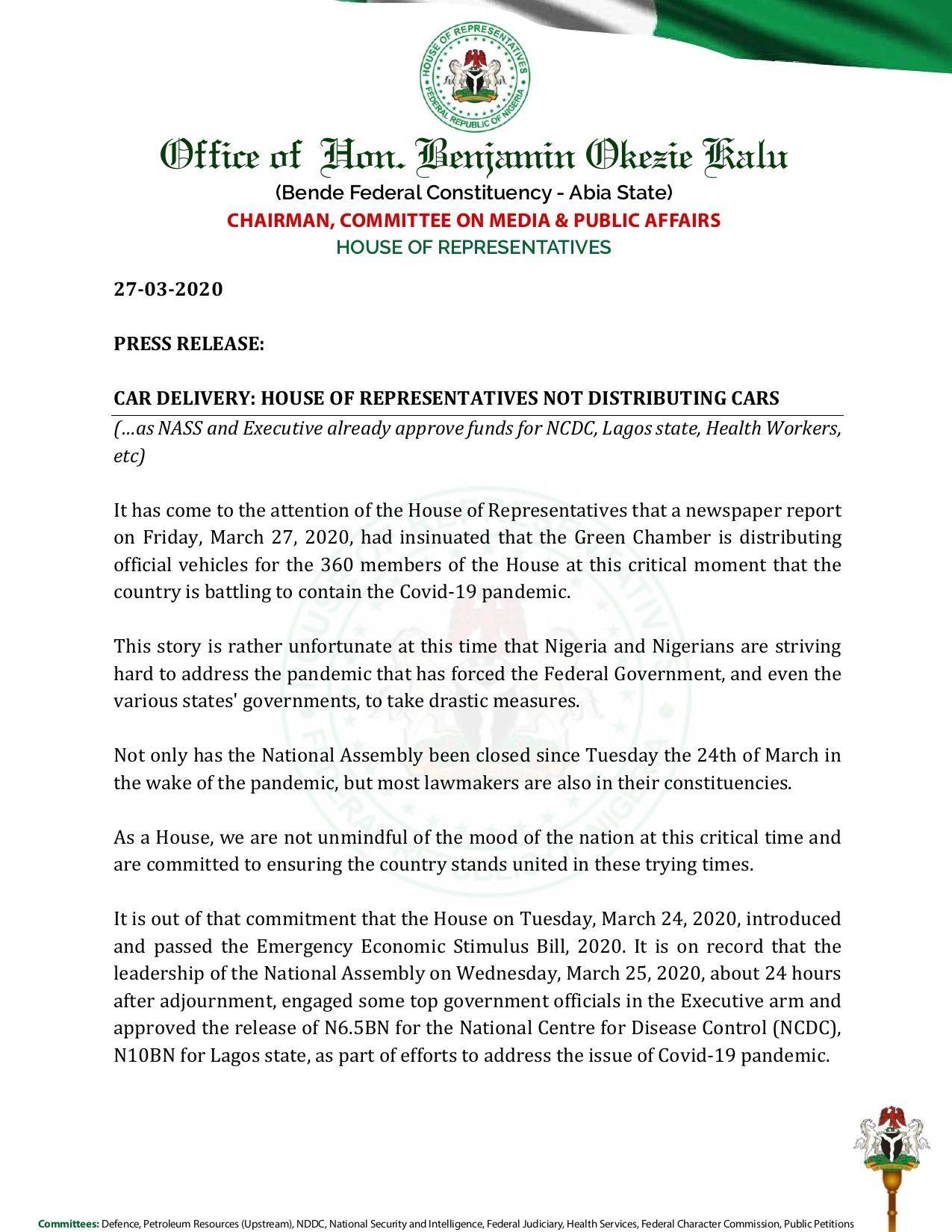 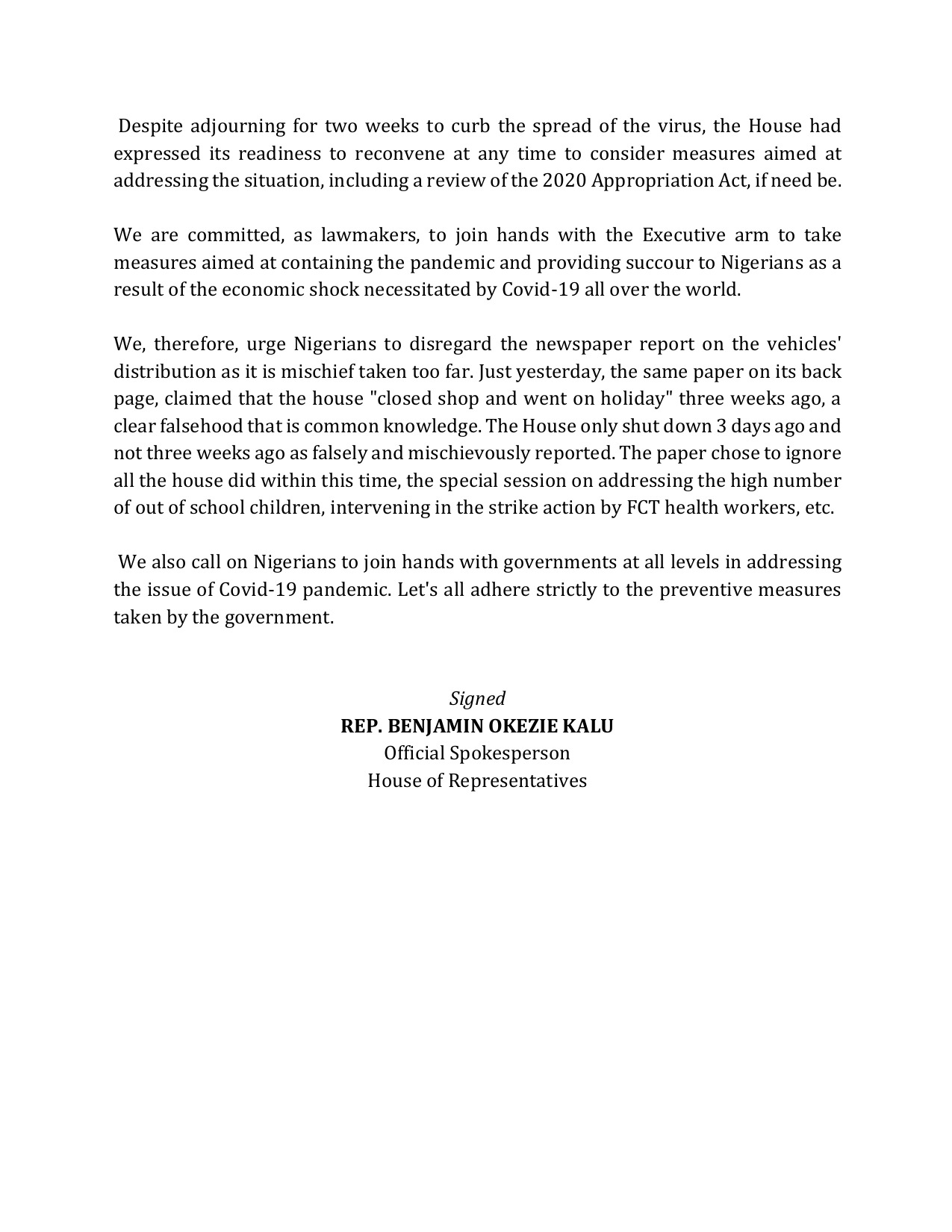