by Drum Africa
in Uncategorized
71
0

The Office of Honourable Benjamin Kalu, member representing Bende Federal Constituency in the House of Representatives has congratulated Senator Orji Kalu’s daughter, Ms. Ezinne Kalu, for graduating with a first class honours degree in Law from the University of Buckingham.

In a press release, the constituency felicitated with Ms. Kalu for winning the prize for the Best Performance in Family Law as well as the Roderick Wu Prize for Best Performance in Law of Evidence, noting that her remarkable academic feat which came just in time for her 21st birthday, follows that of her brother, Michael Kalu, who also graduated with a first-class honours degree in Law from Queen Mary University of London in the summer of July 2018.

The Office of Rep. Benjamin Okezie Kalu (MHR) has also announced that Ms. Kalu will be honoured with an award to be presented to her upon her return to Nigeria, for distinguishing herself academically and to serve as a motivation for other students from Bende to excel in their studies. 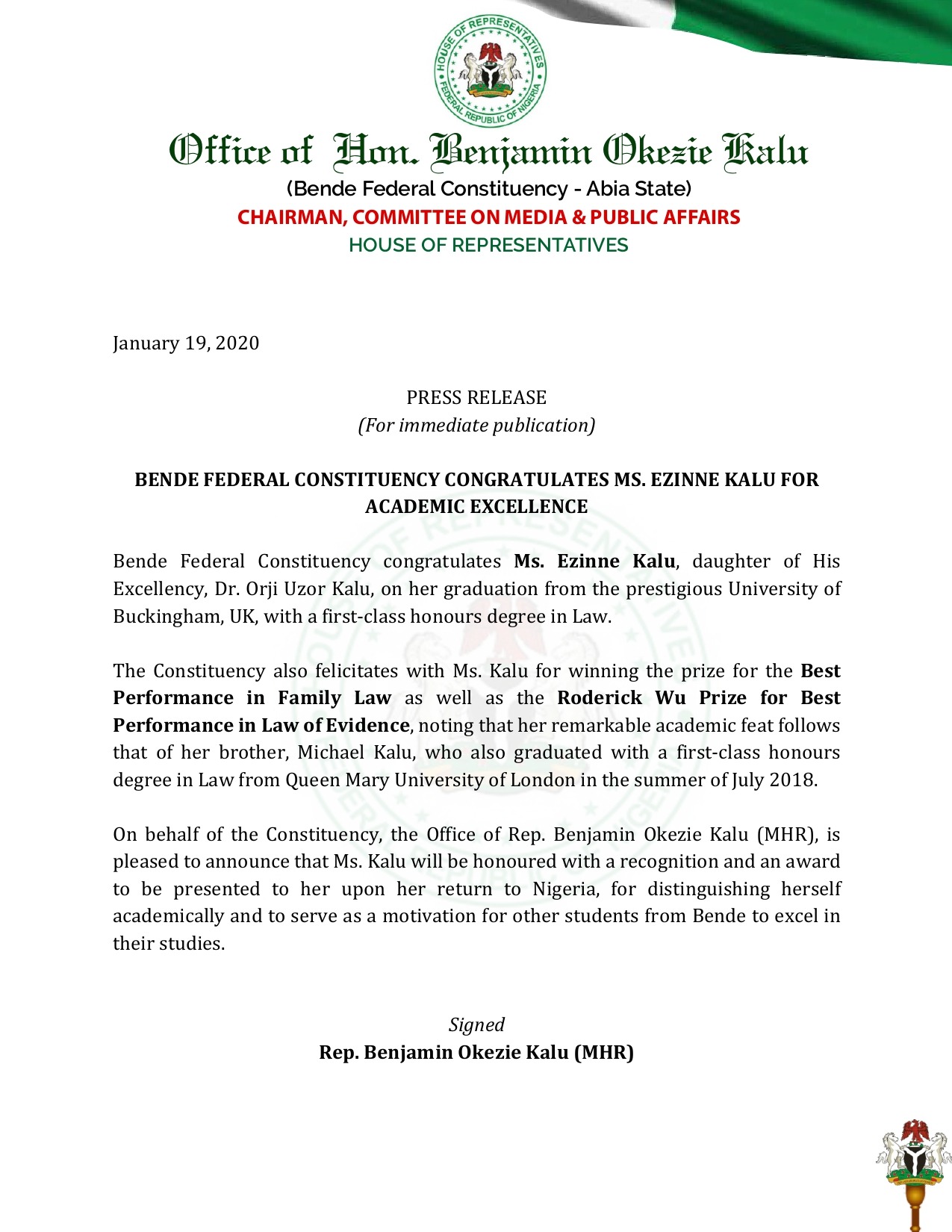 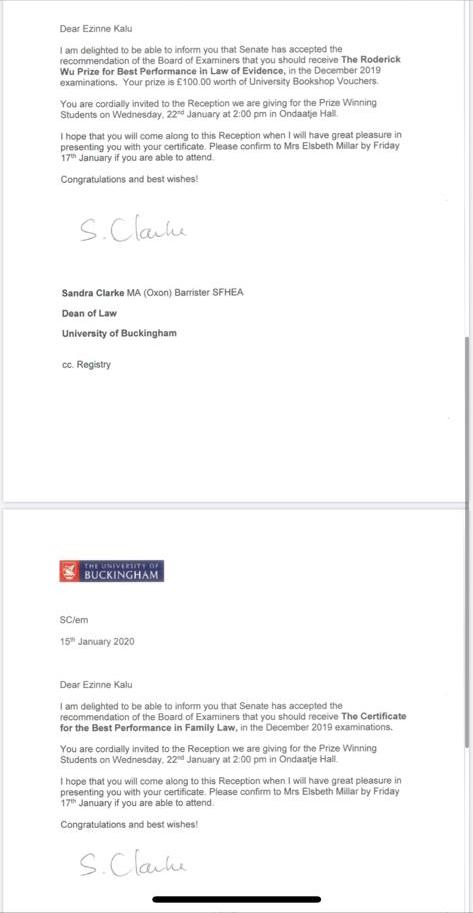 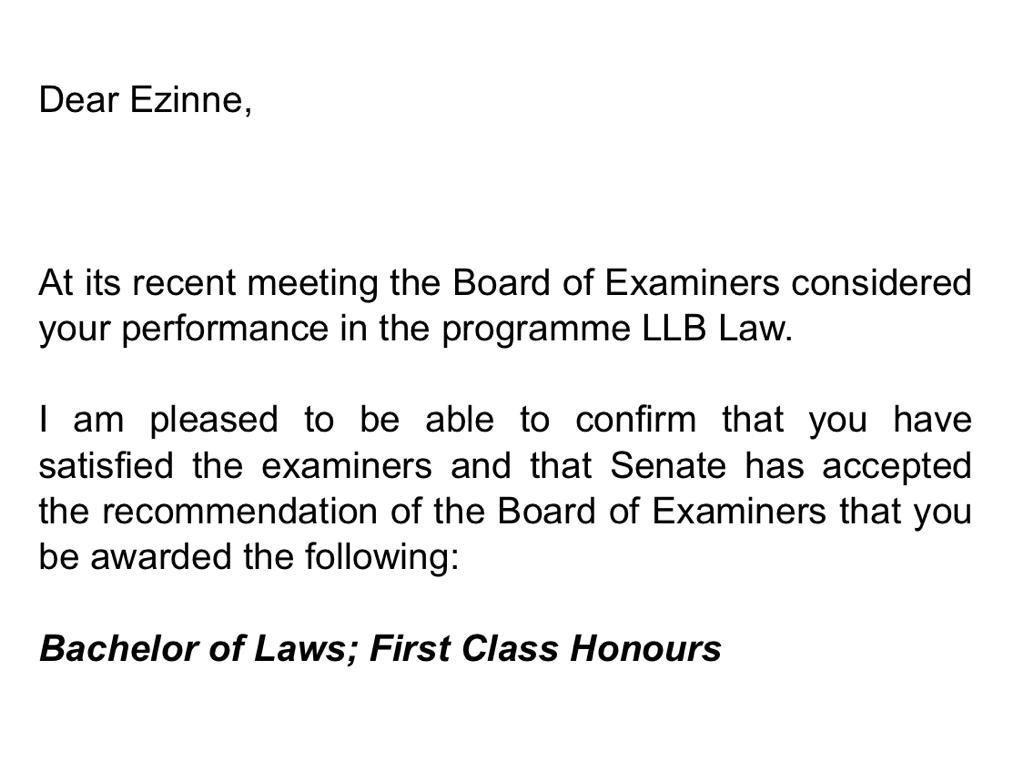 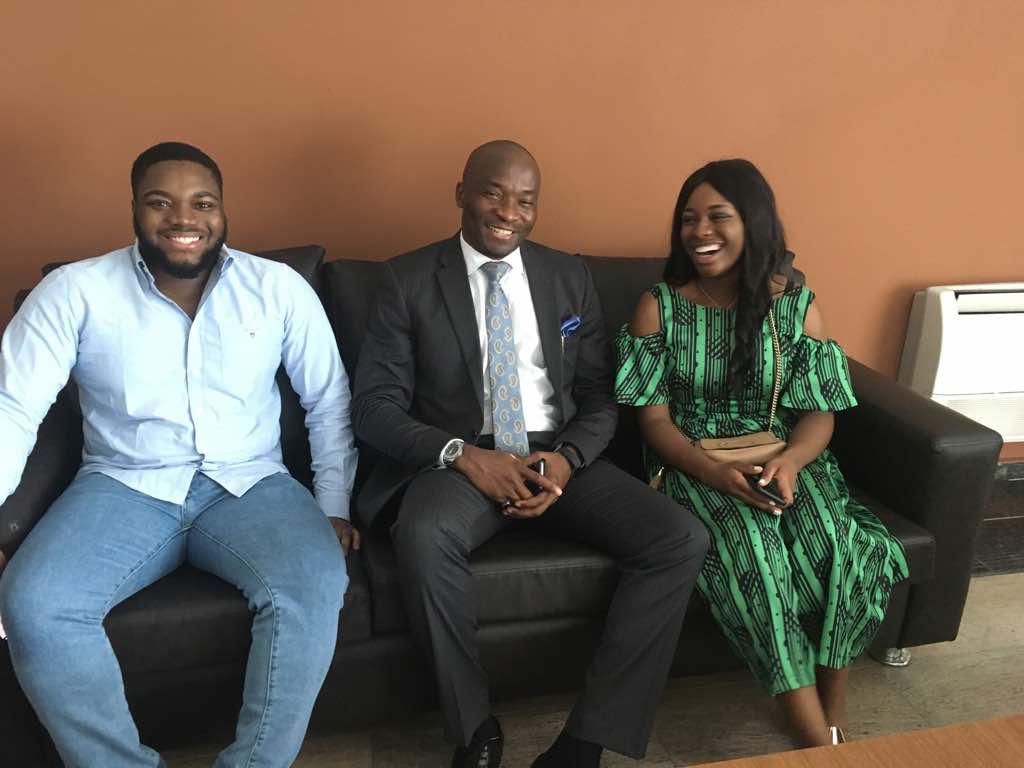