The annual Bende Empowerment Programme usually held every 29th December by Hon. Benjamin Kalu, took an interesting turn this year as the member representing Bende Federal Constituency used the opportunity to hold a townhall meeting to present the leaders and stakeholders of Bende with a report of his activities in his first 180 days in office.

The meeting which took place at Agbamuzu civic center Umuoche Bende, had in attendance Bende indigenes, Traditional Rulers representing all the autonomous communities, APC stakeholders as well as members of various political parties.

Speaking during the event, Hon. Kalu, who started the event with prayers, pleaded with God to intervene in the case of the Abia State former governor, Dr. Orji Uzor Kalu, urging Bende people to pray for the senator who is currently appealing his conviction by a federal high court.

The legislator thereafter unveiled his achievements and a report of his activities since inception of office ranging from motions moved, bills sponsored, various oversight activities as well as legislative interventions championed by him for the good of Bende and Nigeria at large. He cited instances of a number of hitherto abandoned projects which were now receiving federal government attention due to his unrelenting representation of the infrastructural challenges of Bende people.

He also briefed his constituents of his Committee activities in the House, seizing the opportunity to thank the Speaker, Rt. Hon. Femi Gbajabiamila for finding him worthy to be the spokesperson and image maker of the House. He also thanked the speaker for considering him good enough to chair a committee even as a first timer and pledged to give the leadership of the House his undivided support. He reiterated his commitment to telling the public the truth about the House, adding that it is only by revealing such truths that the narrative could be changed about the image of Representatives.

At the town hall meeting, many traditional rulers, women and youths were given the opportunity to ask questions, which were answered by Hon. Kalu. The lawmaker also gave them the opportunity to identify other areas and issues requiring his action.

Reacting to the report of activities presented by the legislator, visibly pleased attendees of the townhall meeting called it the first of its kind, overjoyed at the opportunity to interact with their representative on the future of Bende. They recalled that the event marked a fulfillment of one of Hon. Kalu’s major campaign promises and thanked him for honouring his word.

A highlight of the event was the official presentation of letters of appointment to 40 legislative aides assigned to the Constituency Office.

Additionally, various empowerment items were distributed to indigenes of Bende by Hon. Kalu as a way of also marking his 180 days in office. They include motor bikes for security and transport purposes in the rural areas, cultural and musical equipments for faith based institutions, sewing machines for women empowerment, wrappers as well as several bags of rice and other food items to mark the 17th edition of Hon. Benjamin Kalu’s Food support program. You will recall that Bende Youth and Women also benefited from a skills acquisition and empowerment program recently organized by Hon. Kalu in collaboration with PRODA, where several sewing machines, clippers, generating sets, deep freezers and a number of other items where distributed.

Hon. Kalu was also accompanied and assisted by his wife Dr. Ezinne Kalu in the distribution of the various items. 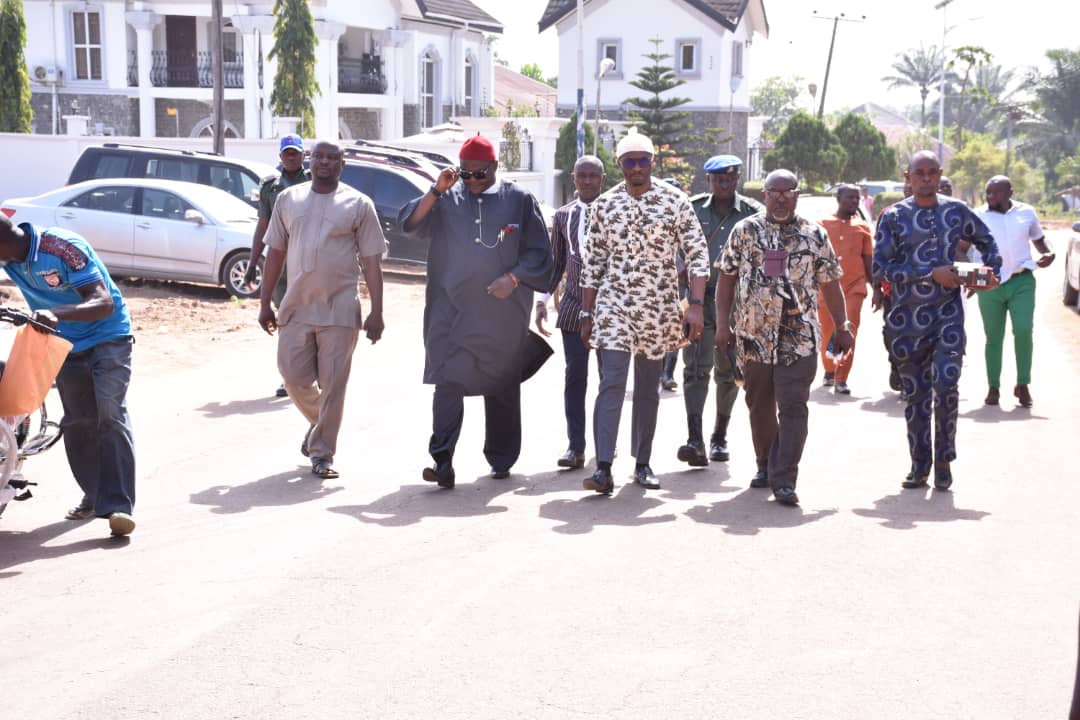 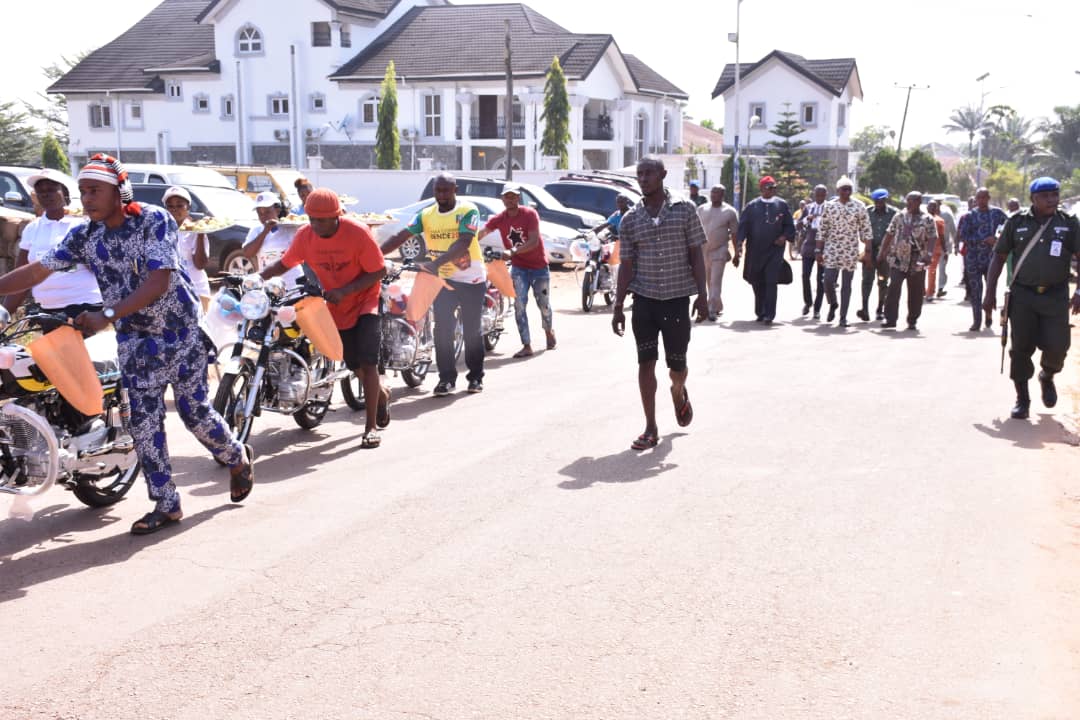 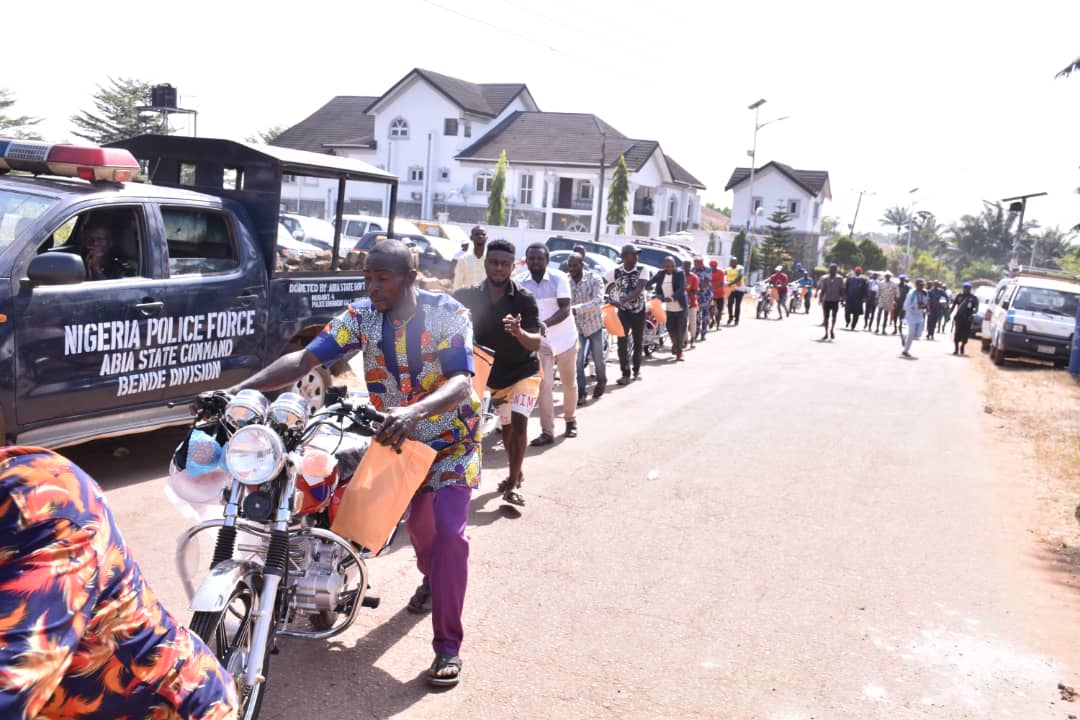 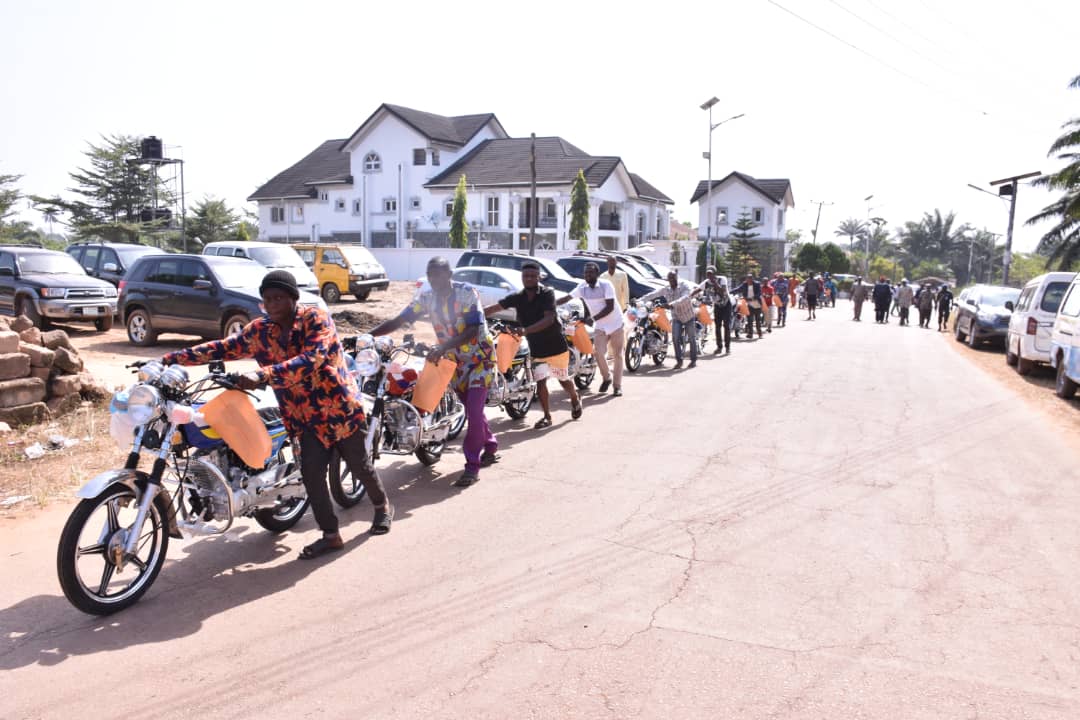 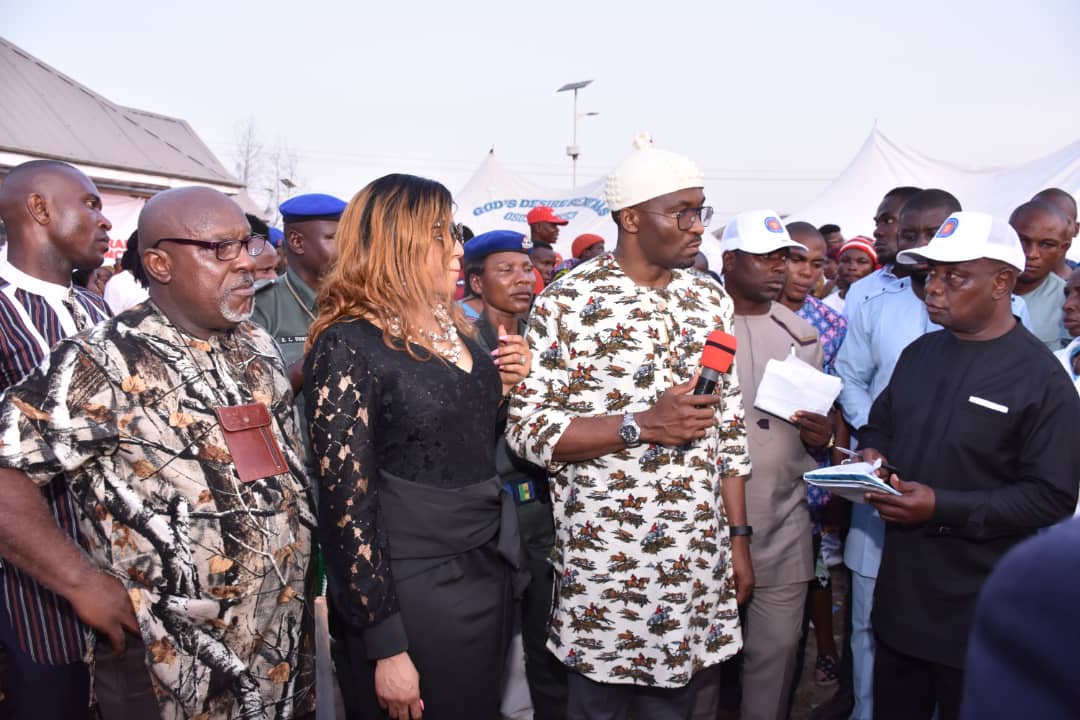 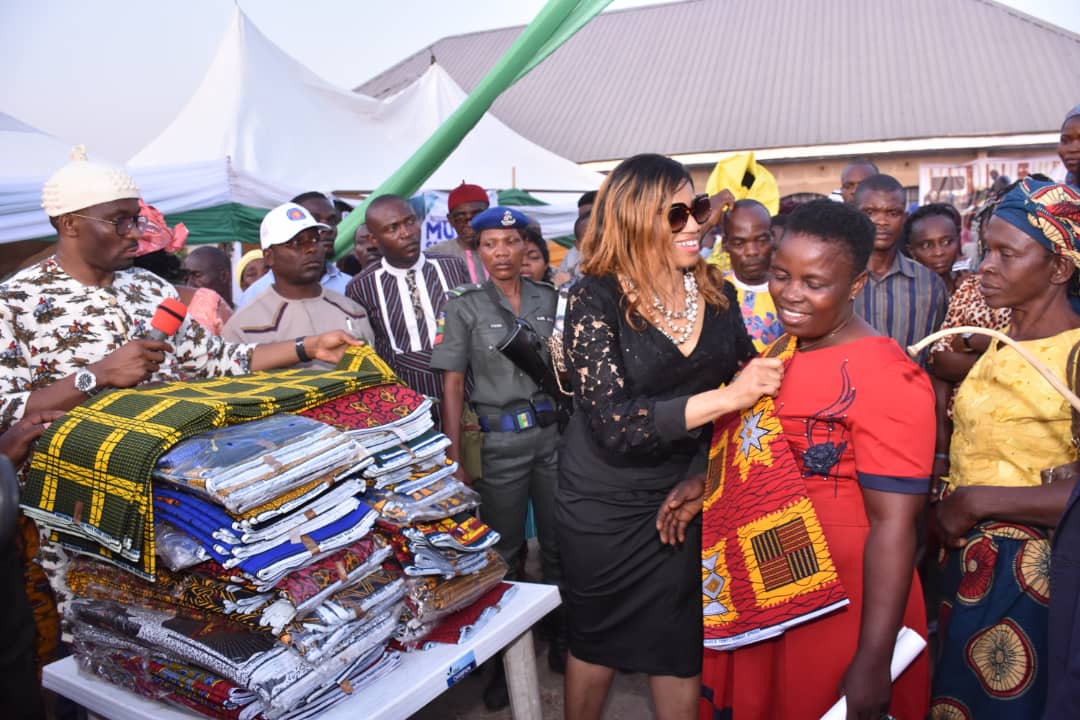 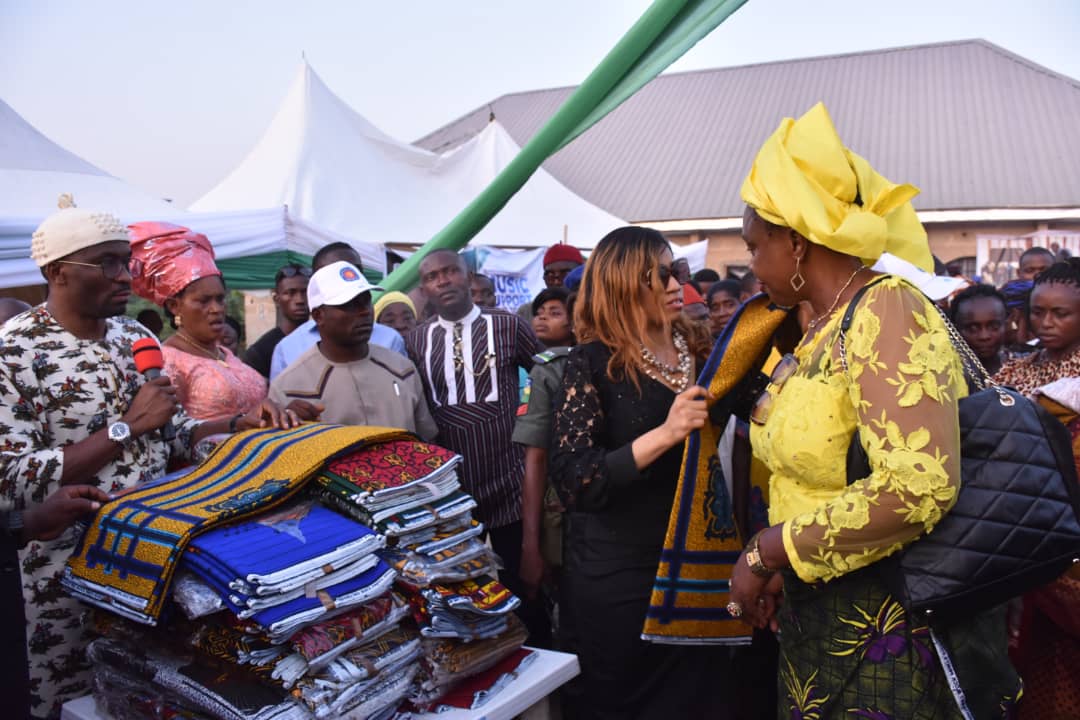 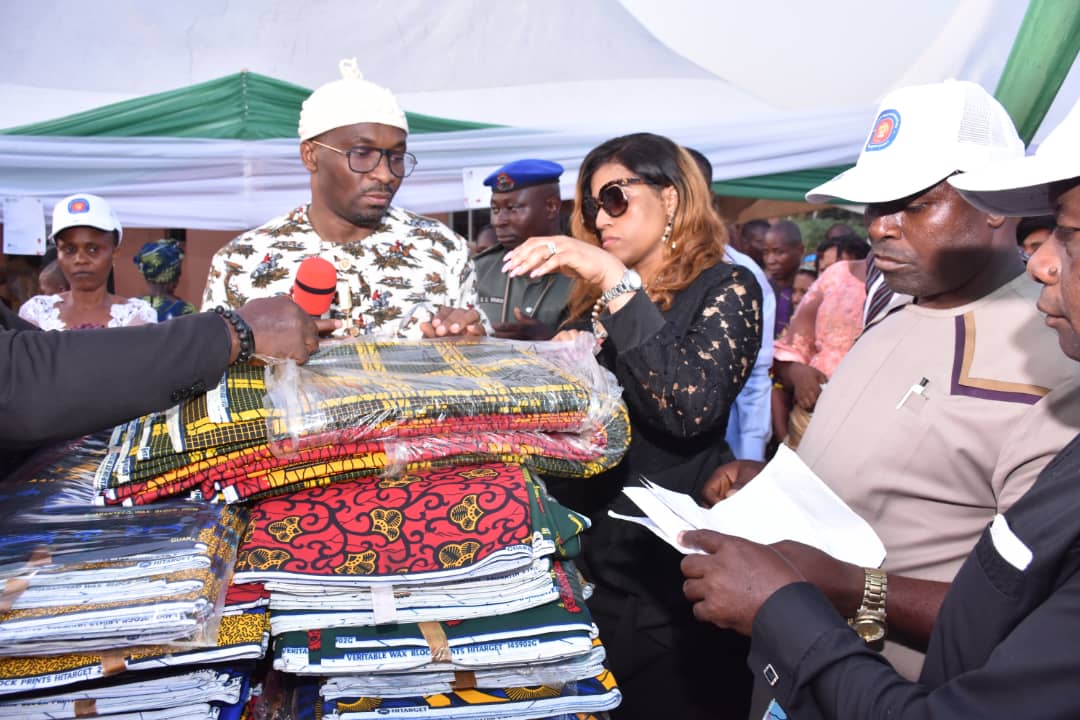 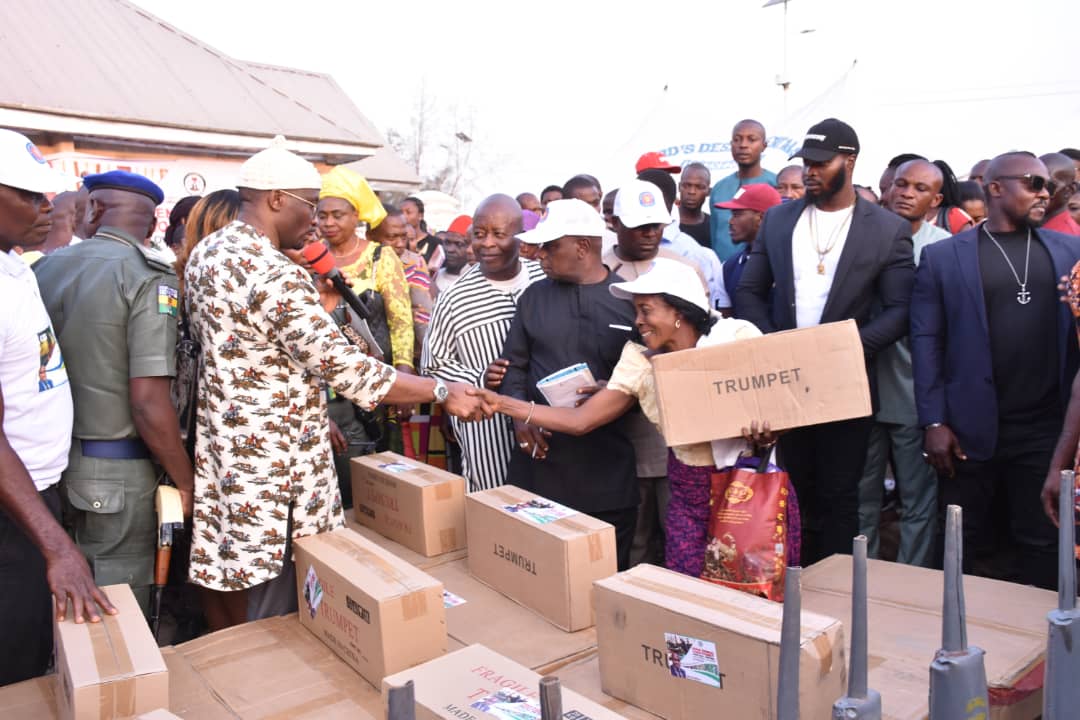 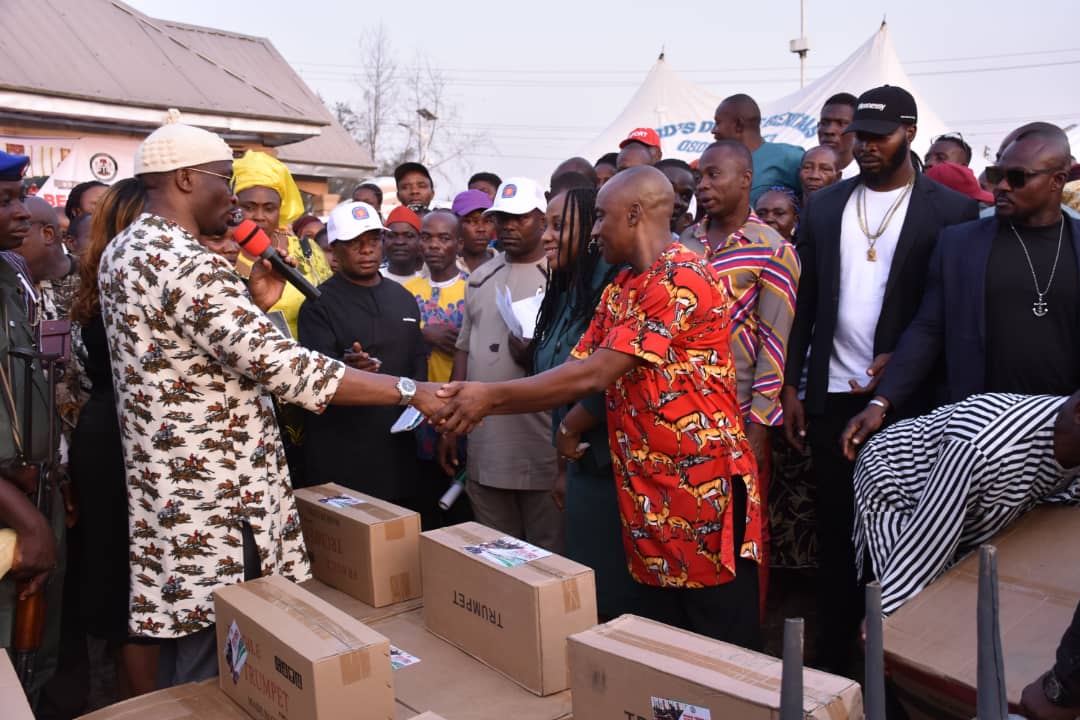 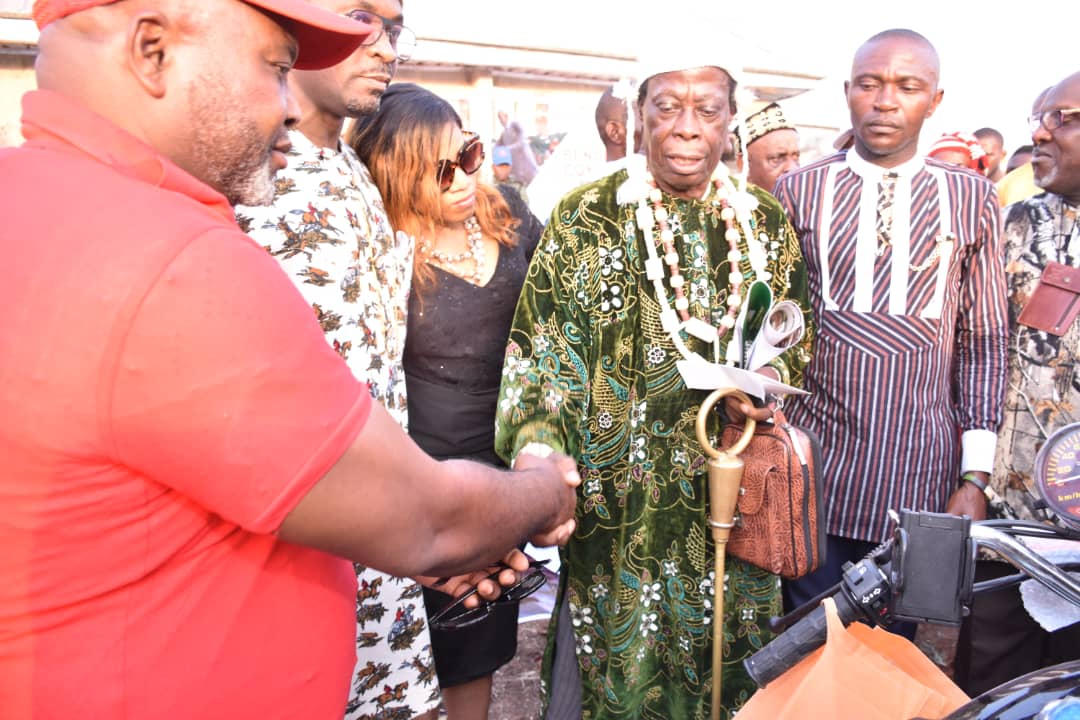 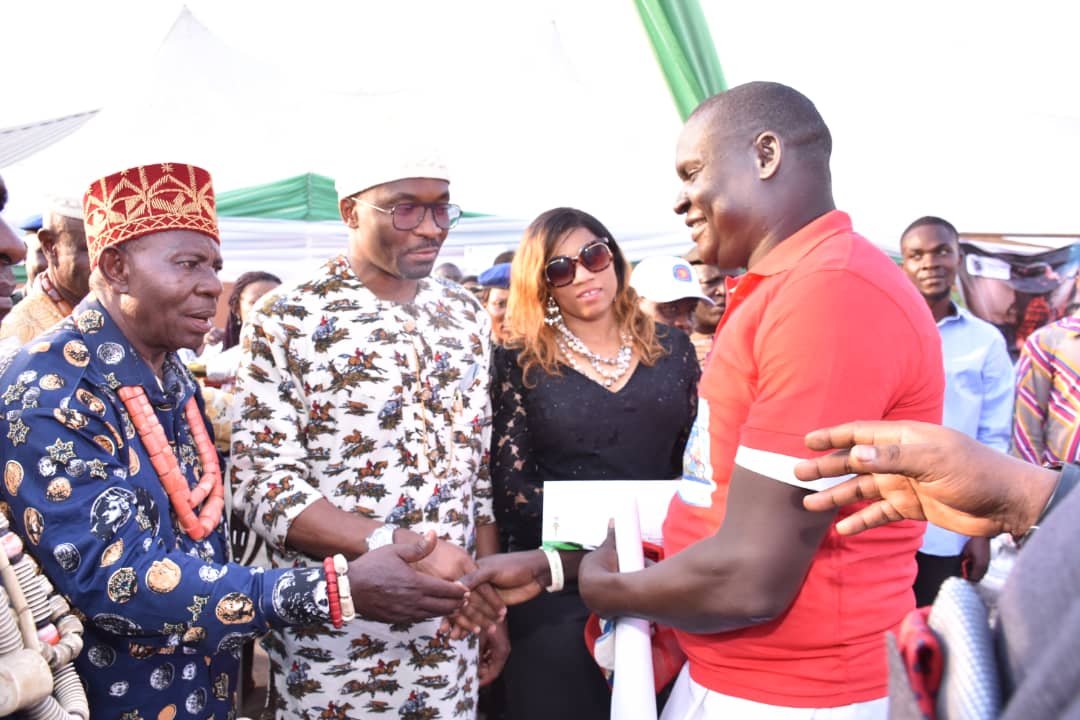 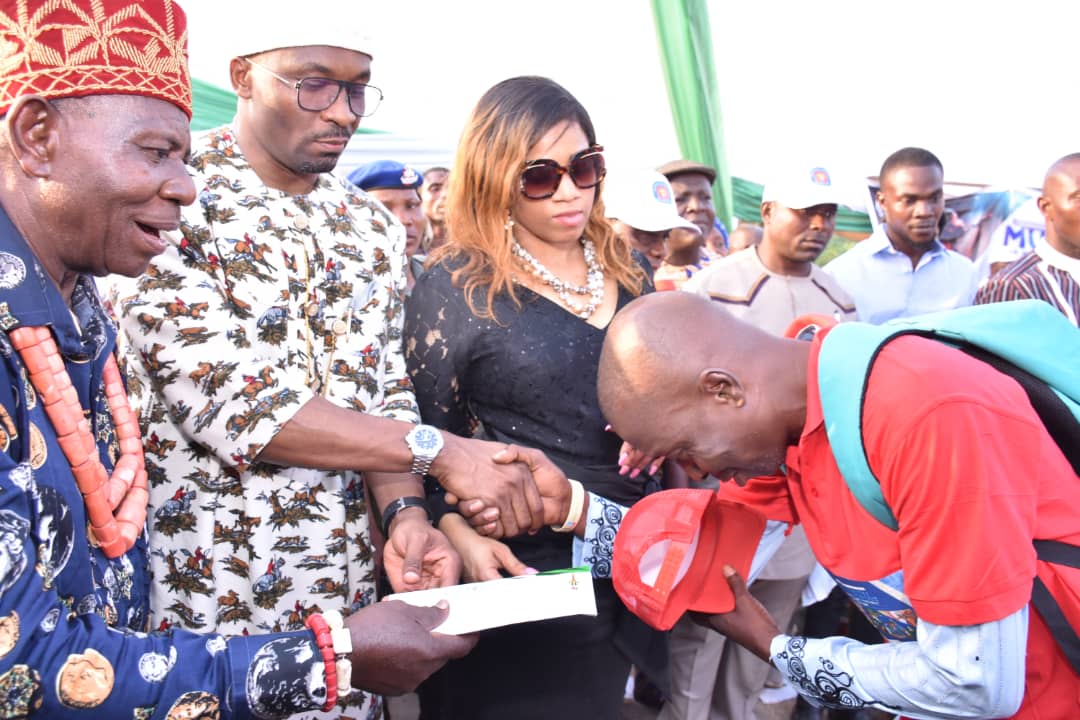 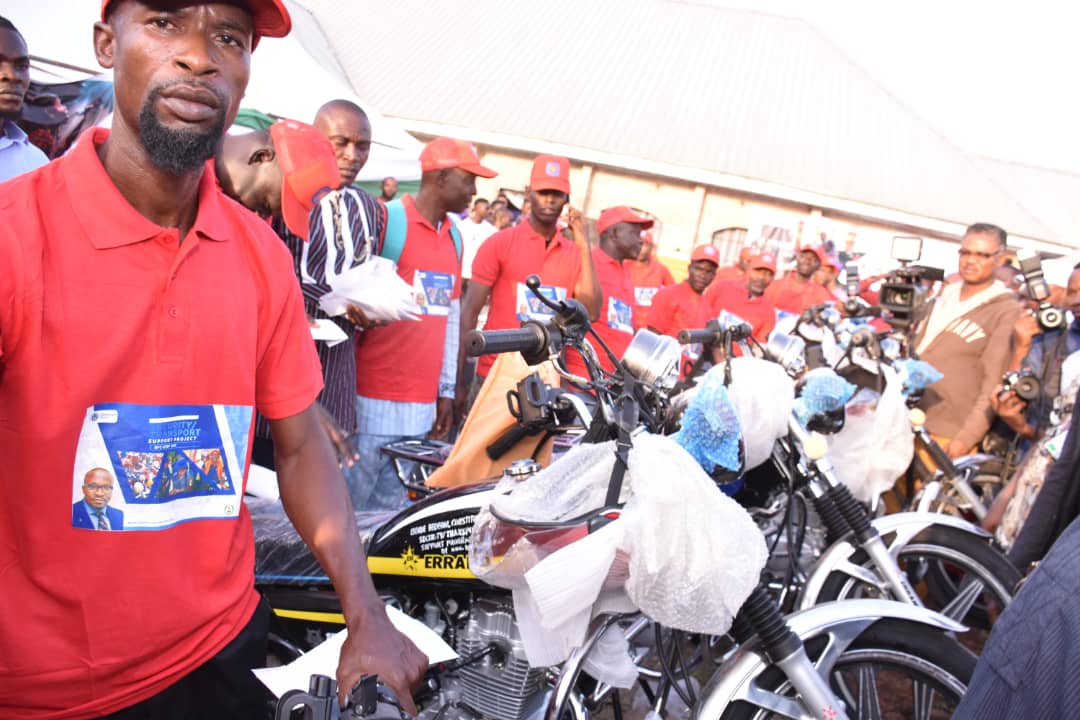 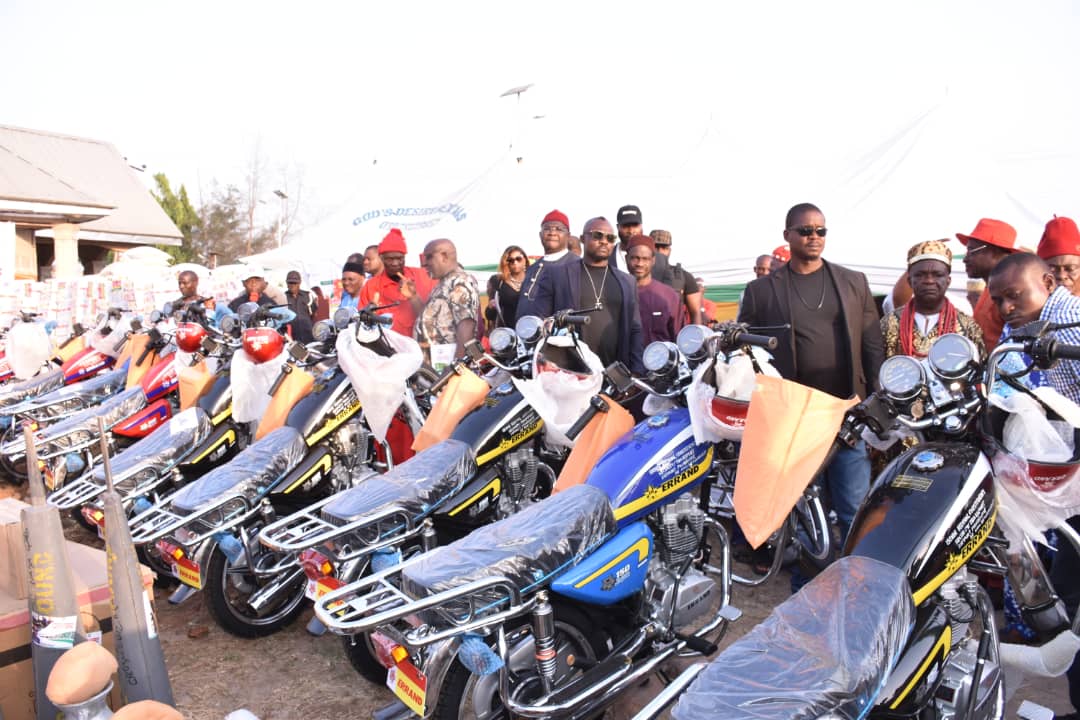 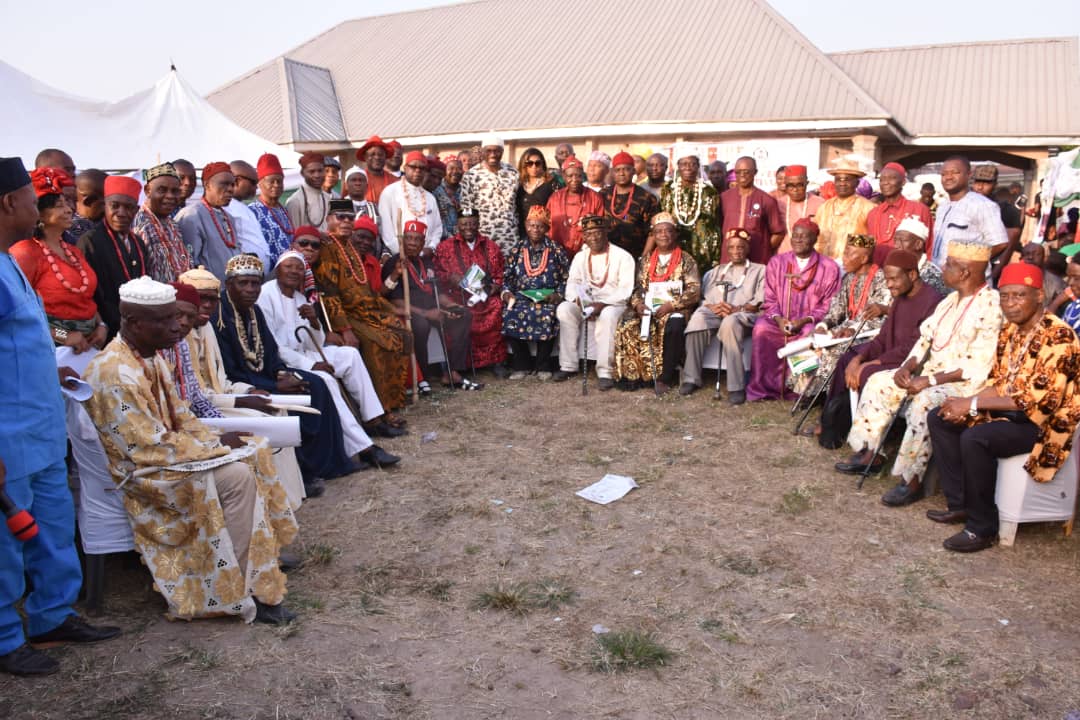 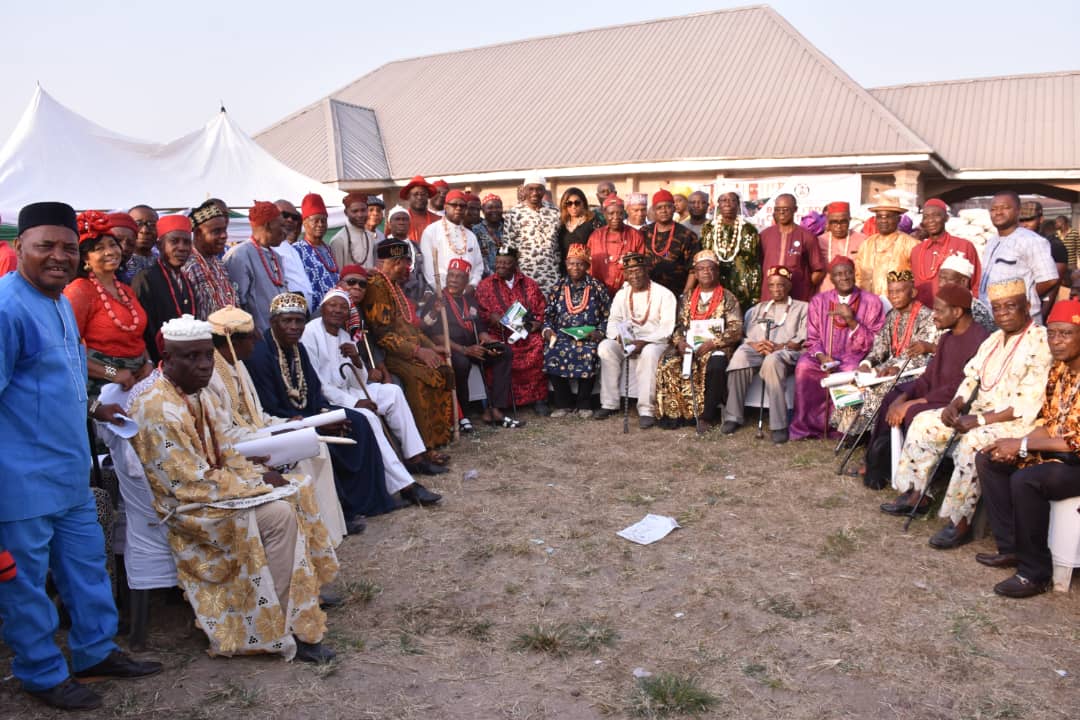 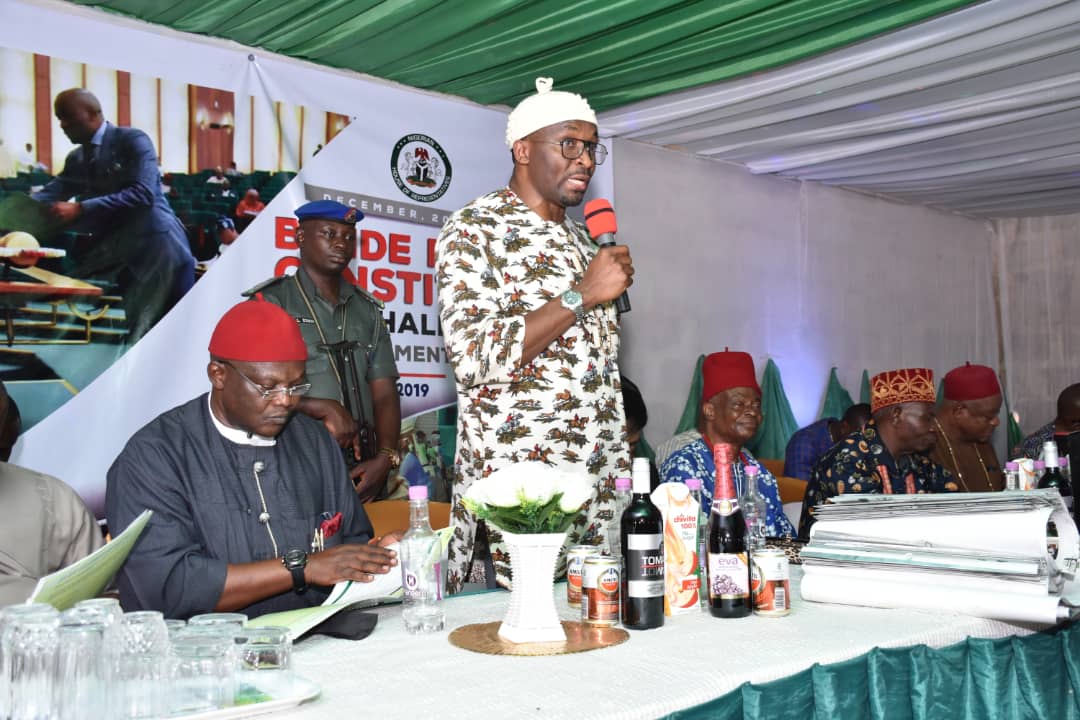 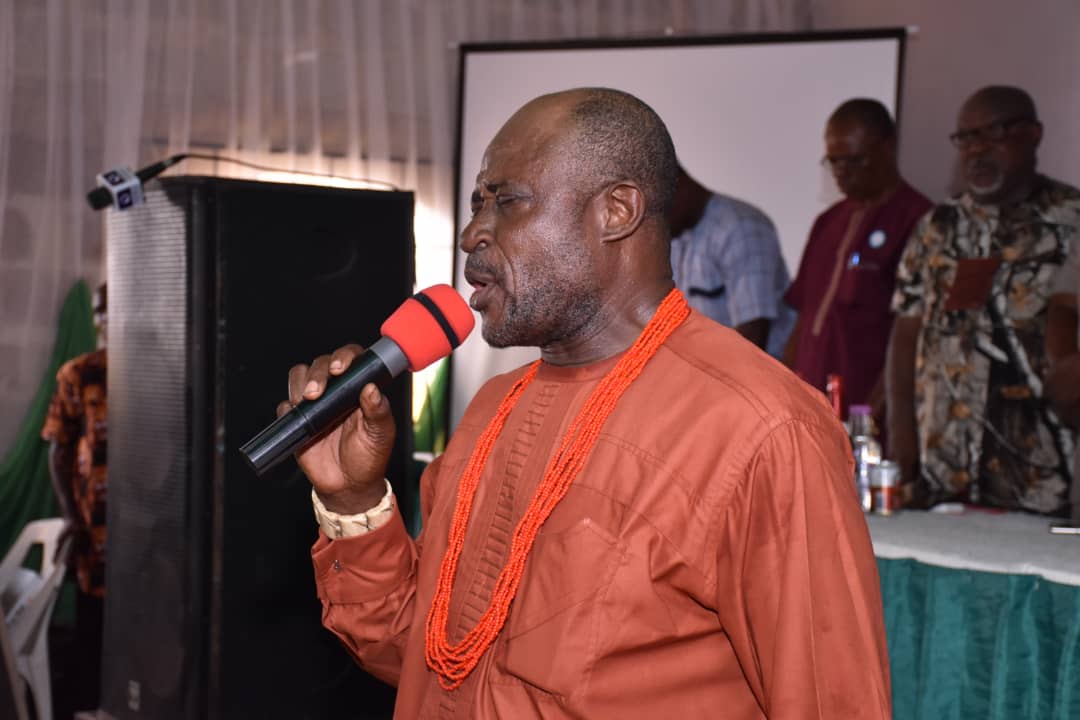 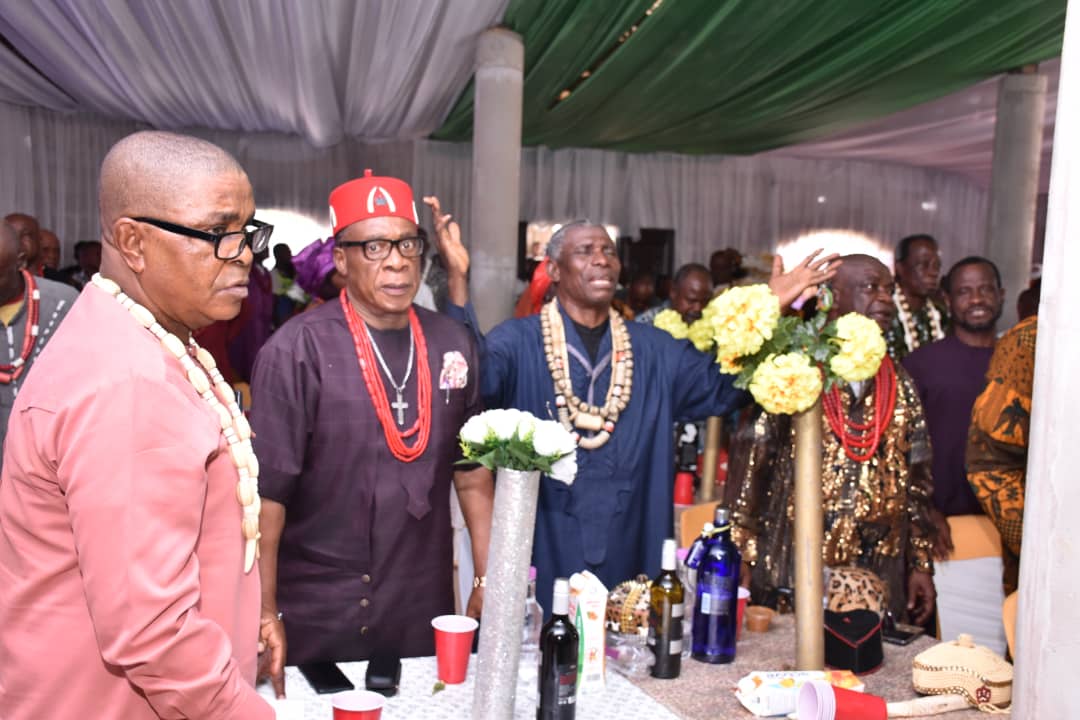 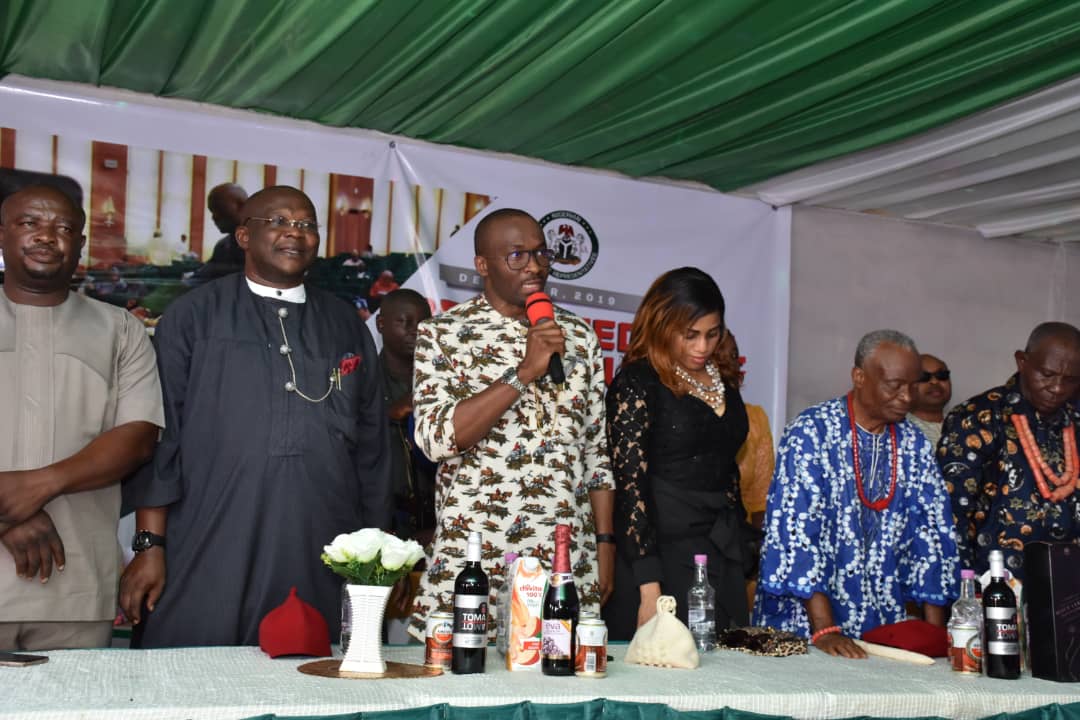 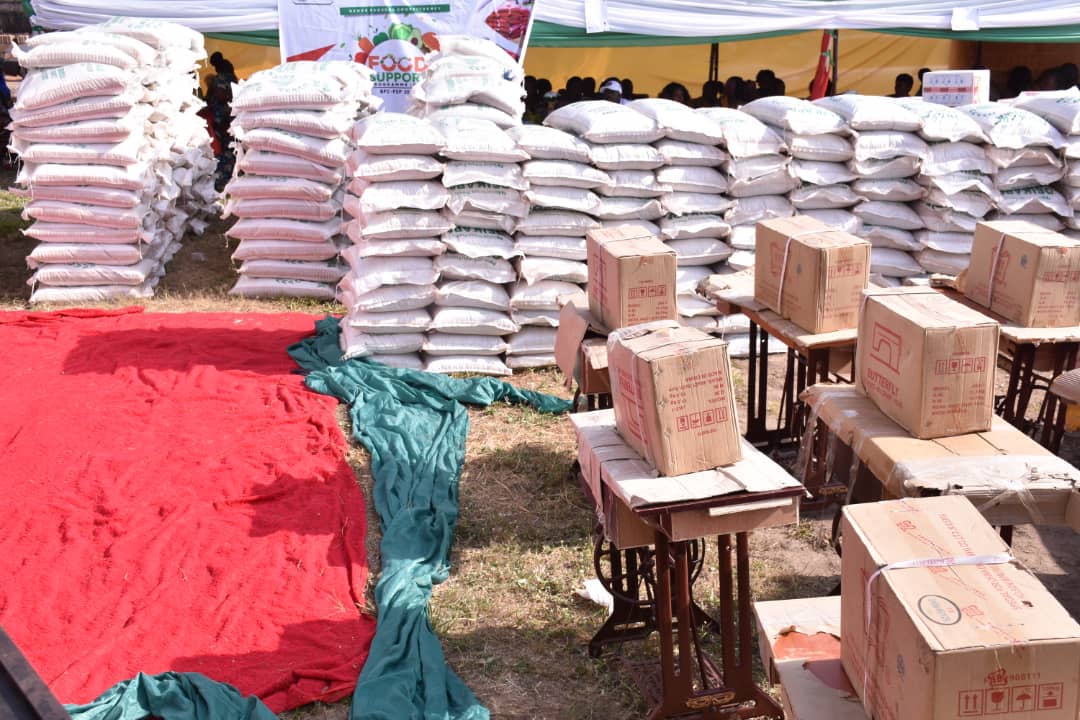 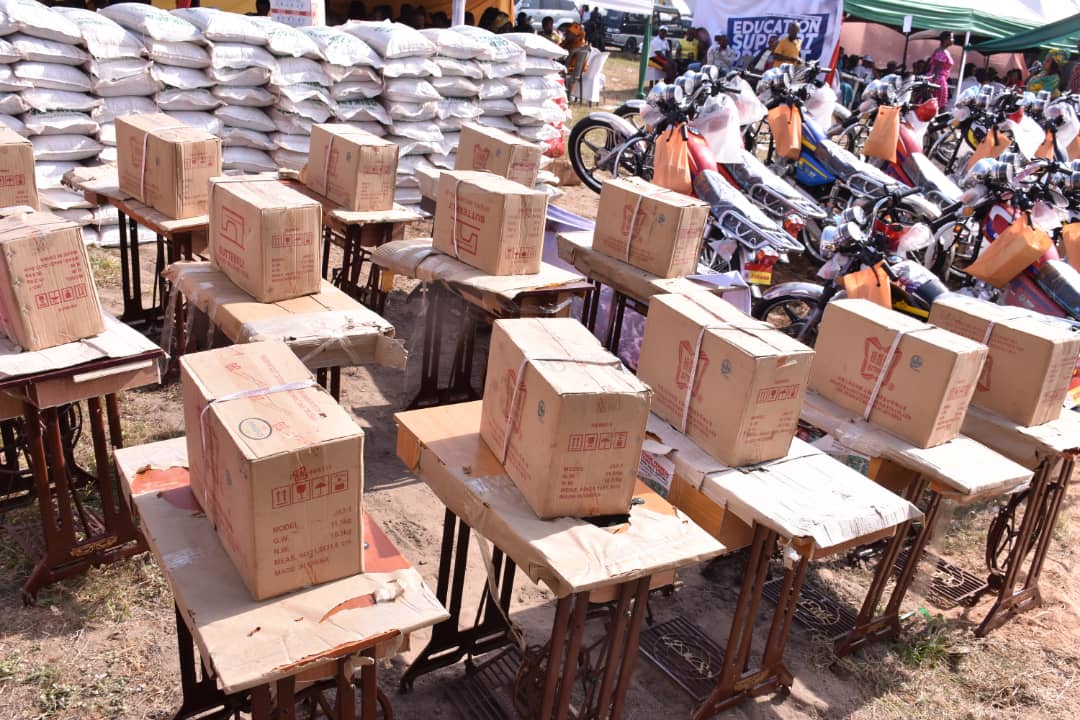