Nigerians from all walks of life have called out President Muhammadu Buhari and his government over the death of Precious Owolabi, the Channels Tv Reporter who was shot during the recent clash between the Nigeria Police and Shiite group in Abuja on Monday.

it is categorically reported that Owolabi was the second death to be formally announced in connection with clash between Shiite protesters and the police.

The police earlier said they lost a deputy commissioner, Usman Umar, who was in charge of Operations, FCT Command.

However, Islamic Movement of Nigeria claimed that no fewer than six of its members were killed during the bloody protest over the continued detention of its leader, Sheikh Ibraheem El-Zakzaky.

The Shiites, had last week claimed that its leader, Sheikh Ibrahim El-Zakzaky was on the verge of going blind and may also lose his life if not allowed to go for medical treatment.

IMN raised the alarm after the Kaduna State High Court on Thursday, ordered that the Islamic cleric should remain in detention.

Reacting, some Nigerians blamed Buhari and Osinbajo for Owolabi’s death, adding that she would have been alive if the president had obeyed court order to release Shiite leader, El-Zakzaky.

The following are some reactions 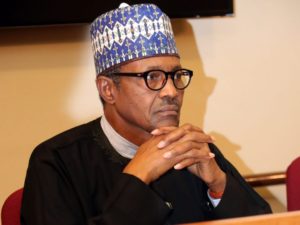 @Austinyugo “This death was avoidable but Buhari and Osibanjo refused to obey a court order and release El Zakzaky since 2016.Precious Owolabi is dead because of Buhari and Osinbajo.”

@Hamzycode “Nigeria is becoming a failed State under President Buhari. I am pained by the death of a promising young man, Precious Owolabi.”

@Ogbenidipo “May the soul of Precious Owolabi rest in peace. May God console his family and comfort his friends. That could have been anyone, including any of our family members or friends who work around the 3 arms zone and environs in Abuja. Such a needless death. Resolve this madness now.”

@Donwalesky “Those of you who love Buhari so much and would do anything to defend him. Suppose Precious Owolabi was your family? If our president can’t sense impending danger, then he obviously can’t protect our lives and property! I hope we don’t go into war someday and he’s not aware!

@Iamlordtm “If Buhari obeyed court orders to release El Zakzaky, hundreds of Shiites would be alive. Precious Owolabi would be alive.Buharideens, let that sink in.”

@Realsolakuti “Precious Owolabi the Youth Corper serving with channels TV who was shot has died. Another innocent young life cut short by Muhammadu Buhari. A man who thrives on the shedding of the blood of young Nigerians. We remember Bauchi 2011.Ijeoma Onyeator actually wept on live TV.”

@Simmeonii “It’s a sad day. First it was DCP Umar and now Precious owolabi . For how long will the Shiites / FG face off continue. Living peacefully in this country seems to be very expensive right now.”

@Demigodly_Kachi “has failed Precious Owolabi. Are we victims or citizens of this country?

@Tysalihu “Inhear a “Precious Owolabi” Channels News Reporter lost her life in the Shiites “peaceful” protest of yesterday.Every single thing we criticized and fought the Jonathan Administration for, is amplified under the Buhari Administration. “

@Ody_Johnson “RIP to the NYSC – Channels TV intern Precious Owolabi.I can’t place the blame on the shittes but Buhari, it’s totally clear the man doesn’t know his job and still believes we are in 1989 and he is a Military Dictator Head of States.”

@Odor_dextiny “No one deserves to die the way Precious Owolabi died today.
1. Serving a country that has failed you as its citizen. 2. A reckless mistake that could have been avoided if not for the presidents high handedness.Buhari killed Precious Owolabi.”