PRESIDENCY: WE’RE IN CONTROL OF SECURITY

by Drum Africa
in National, News
55
0

Recently, there has been a high level of anxiety that has griped Nigerians with respect to the security of the country. The Presidency has said that there is no security collapse in the country.

It reiterated that the administration of Muhammadu Buhari is not in agreement with the prevailing belief on assumption that Nigerians are no longer safe in their country.

This assertion was made by the Senior Special Assistant to the President on Media and Publicity, Garba Shehu.

Shehu, who was a guest on Channels Television’s Sunday Politics said, “we are in total disagreement with the assumptions of collapse of security in the country.”

He went on to state that the Nigerian Government was on top of the security situation in the country and added that calm had been restored to the North Central and Niger Delta. 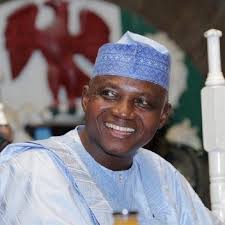 The Presidency also said that “security challenges had existed before the present administration came to office,” stressing that the Buhari-led administration met its own challenges and were dealing with them as decisive as they could.

According to the Presidential Adviser, his principal was open to new ideas.

He further stated that “the President doesn’t think he knows it all and as such, will be willing to consider options.”