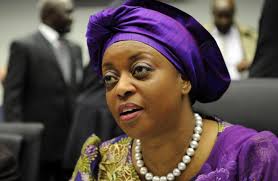 Recently, the probe on the case of Mrs, Diezani Alison-Madueke, a former Nigerian Ministerjust took a different turn as United Kingdom investigators arrive Nigeria. Reports from THE NATION have it that the detectives have met with officials of the Economic and Financial Crime Commission (EFFC). Thus far, there have been evidences of N47.2 billion and $487.5 million to the ex-minister who was arrested on the 2nd of October, 2015, but been restricted to the UK with her probe costing fortunes. The agency further alleged that Diezani has N23,446,300,000 and $5 million (about N1.5 billion) in various banks in Nigeria. The EFCC has also secured final forfeiture orders on the following assets of Diezani: about $37.5 million Banana Island property; Heritage Court Estate, Plot 2C, Omerelu Street, Diobu Port Harcourt; 135 Awolowo Road/ Plot 808 Awolowo Road, Ikoyi; and 7, Hurnburn Street and 5, Raymond Street, Yaba, Lagos.

It has been reported by an undisclosed source that The detectives from the UK have been in Nigeria for a week in line with the ongoing investigation of Diezani. “It is a major case the National Crime Agency (NCA) in the UK has been collaborating with the EFCC to probe. “A few weeks ago, EFCC Chairman, Mr. Ibrahim Magu, was also in London to compare notes with similar agencies on this case.

“You will recall that Magu in November 2018 made it clear that Nigeria was tired of waiting for the trial of Diezani by the UK. “But after the initial issues between EFCC and UK agencies, there were talks which revealed that those at the London end were making painstaking investigations. “After Magu’s visit to London, the investigation of Diezani assumed enhanced dimension because some grey areas were cleared. “The coming of the detectives from London was meant to fill some gaps, get additional evidence and crosscheck a few findings on their part. “We are hopeful that the latest bend of investigation was in preparation for the trial of the ex-minister.” The source added that the Mutual Assistance in Criminal Matters Bill, 2019, signed into law about a week ago by President Muhammadu Buhari might help in confiscating Diezani’s assets at home and abroad.