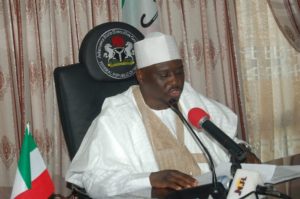 Recently, the attention of Media onlookers were drawn to the ‘mass sack saga’ which befell all council workers given employment from April 2016 in Adamawa State, Nigeria.

Adamawa State Governor’s Director-General, Media and Communications, Mr. Solomon Kumangar had this to say on behalf of Gov. Ahmadu Fintiri while describing the news as ‘erroneous’ :

“It has become pertinent to draw the attention of the public to the misleading and erroneous information making the rounds to the effect that Gov. Ahmadu Umaru Fintiri, has sacked Local Government workers recruited from April 2016. He added that The information is totally baseless, unfounded and untrue.

“For the avoidance of doubt, governor Fintiri only directed Local Government Councils to clean up their payrolls of all ghost workers beginning from April 2016 when the Ministry for Local Government and Chieftaincy Affairs took over the payment of local governments across the State,” he added.

The content of the statement included that some names were inserted into the pay rolls of councils without recourse to due process which over-bloated the wage bill thereby posing developmental challenges at the local governments.

It said the governor, who was committed to zero tolerance for corruption, saw the need to stop the use of local government councils as conduit pipes by corrupt officials.