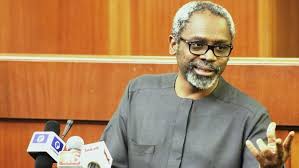 The Federal High court, Abuja per Justice Inyang Ekwo has dismissed a suit filed against the Speaker of the House of Representatives, Hon. Femi Gbajabiamila.

Note that on the 21st Day of May, 2019, one Mr Phillip Undie, the Plaintiff filed a suit praying the court to sack Gbajabiamila as a member of the House of Representatives and stop him from contesting the leadership of the lower legislative chamber.

The Plaintiff Mr Philip Undie claimed that Rt. Hon. Femi Gbajabiamila was convicted for fraud and dishonesty by the Supreme Court of the State of Georgia in the United States of America in 2007. This, according to him was a ground for disqualification to be elected a member of the National Assembly and a Speaker of the House of Representatives.

On June 14, 2019 Undie’s lawyer, Akeem Olasupo announced his withdrawal from the case, marked: FHC/ABJ/CS/539/2019.
Mr Akeem’s action was queried by counsel to Hon. Femi Gbajabiamila, Femi Adedeji seeking to know the reason behind withdrawing his appearance without withdrawing the case.

Lawyers to the other defendants did not oppose Olasupo’s withdrawal as plaintiff’s lawyer, but noted that he ought to have withdrawn the case too.

Counsel to Gbajabiamila, Adedeji did not counter the plaintiff’s decision to discontinue the case, but argued that, since parties have joined issues, with the defendants filing counter processes, the appropriate order for the court to make was that of dismissal.

Adedeji pleaded the court to grant the cost of N1million against the plaintiff.

He also prayed for a cost of N1m to be awarded against the plaintiff.

Ruling, Justice Ekwo said: “On the last day of hearing of this case, Mr. Okoro appeared for the plaintiff, but there were no processes before the court, showing that there was a change of counsel.

“Therefore, I am satisfied that Mr. Okoro has authority to represent the plaintiff in this case and therefore, entitled to conduct the case in accordance with the law. Now, Mr. Okoro has adopted the notice of discontinuance, dated June 17, 2019 and this is happening after issues have been joined in the substantive matter. Mr. Okoro is praying that the matter be struck out.

“I have listened to Mr. Adedeji; counsel for the 1st defendant, and on the consequential order to be made at this stage. It is the law that when parties have joined issues and the plaintiff seeks to withdraw the case, the proper order is that dismissing the suit.

“It is in this like that I agree with the learned counsel for the 1st defendant, and I hereby make an order dismissing this suit. On the issue of cost, I will not make any order as to cost, since parties decided to end the matter peacefully. I allow them to go home without grudges against each other.”