Saving the best for last, the Joint Task Team for the Femi/Wase ticket on Sunday, stopped at the Abuja residence of Dr. Orji Uzor Kalu, Senator-Elect representing Abia-North.

The senator-elect, representing Abia North, pledged to offer necessary support to ensure his victory as speaker. He said that Gbajabiamila was not a candidate of Sen. Ahmed Tinubu, the APC National Leader as being speculated by some sections of the society.

“There is no doubt that people have been blackmailing you that you are a candidate of Tinubu, but the president have told us collectively and individually that you are a candidate of the APC. In my private session with Mr President recently, he said his two candidates for the leadership of the 9th National Assembly are Lawan, for the Senate President and Femi for Speaker, House of Representatives. His choice of the two candidates is because the president believes that they can defend the interest of the party. Since he has said so, you are not Tinubu’s candidate,”.

Kalu said that Gbajabiamila was a bipartisan candidate for every political party represented in the 9th National Assembly.

According to him, constitutional democracy requires that the majority party produces leaders of the assembly.

“The era of a minority party leading the National Assembly had gone since Nigeria was operating constitutional democracy. The thinking that the precedent of the 8th assembly would continue, people should know that it would not be possible. We have concluded the issues on senate leadership and I can assure you that between now and four days, we will conclude that of the House of Representatives. We have no alternative as legislators than to come together as one big family and support the President to realise his next level agenda.

“We need to support the president in rebuilding the economy because we need to concentrate in giving Nigerians economic prosperity,” he added.

Gbajabiamila said the visit was to solicit support, encouragement and blessings from the former governor and senator-elect, adding that his campaign team had gone round the country soliciting for support. He said that his 30 years cumulative legislative experience would give him an edge, adding that he had achieved, even when he was in the minority.

According to him, the 9th assembly is going to be an assembly like no other because things are going to be done differently.

“The Office of the Speaker is going to be an office of all Nigerians irrespective of ethnic group, religion and political party affiliation. We intend to run an inclusive 9th assembly because the theme of our campaign is ‘Nation Building’, and a Joint Task is our logo. We embedded mini logos of every single party represented in the National Assembly. It is going to be a joint task for all of us, we don’t believe one single political party can do it alone,”

“I am pleased by Dr. Orji Kalu’s endorsement of Hon. Gbajabiamila for Speaker. This gives me a lot of hope that the chambers of the 9th Assembly will be harmonious in carrying out their duties to the nation. I am also optimistic that the era of mutual distrust between the executive and the legislature to the detriment of the nation, has ended with the 8th Assembly.

Dr. Orji Kalu, the former two term Governor and ex parliamentarian is a strong voice in both Abia State and The South East Politics; at the moment the highest elective office holder in APC in the entire South East region. I refer to him as the Governor General of the South East Region. His endorsement is a direction a lot of bipartisan members of the House from the region have been waiting for. Now that it has come, we all are more strengthened in our support for this most experienced integrity personified law maker, Hon. Femi Gbajabiamilla. Many on the fence before now, have made up their mind to join the moving train.

Hon. Femi has demonstrated a sincere commitment to running an inclusive 9th assembly when elected as Speaker. I am convinced that he is the right man for the job. He has worked hard, he has not depended on the endorsement of the party, he has really made it a joint task by knocking on every door to deliver his message. It would have been a misnomer to accompany him to all the regions while leaving out my State. I am fulfilled by this visit as we look forward to hosting him in Abia after the victory on the 11th. 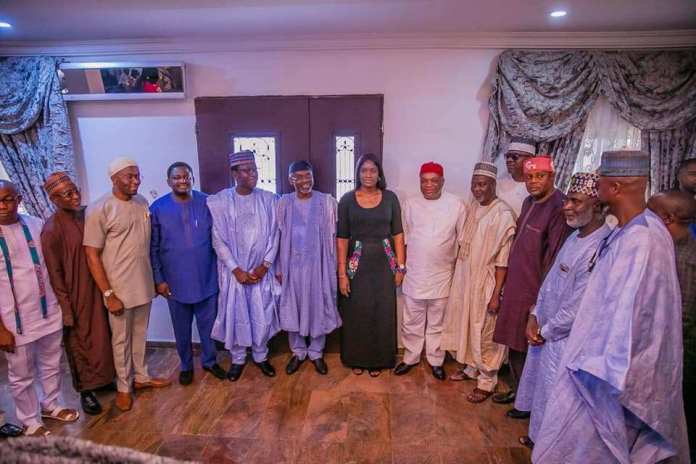 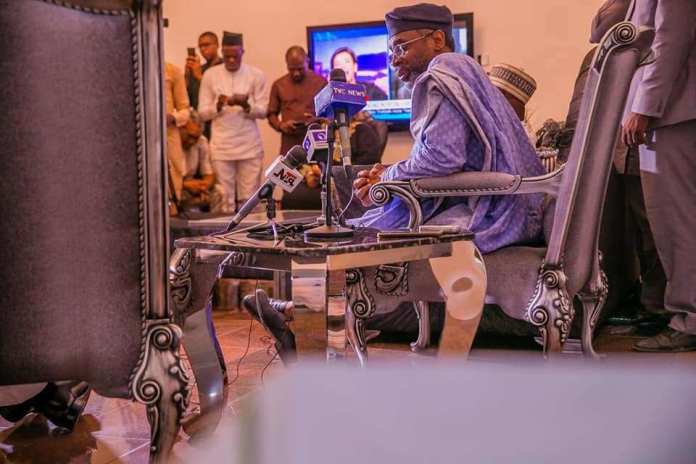 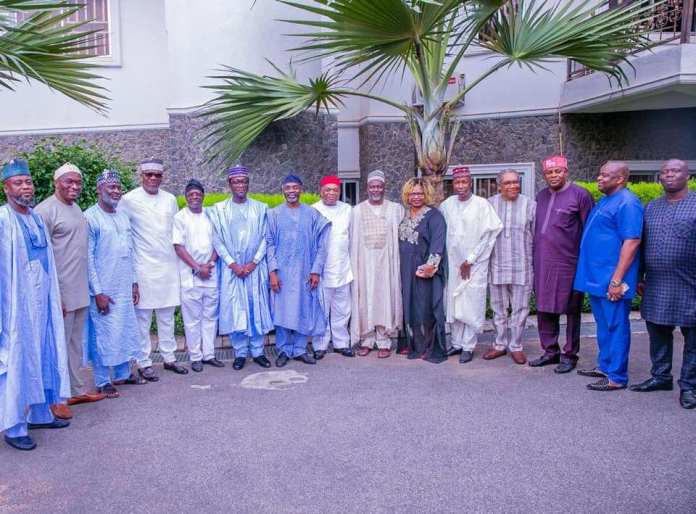 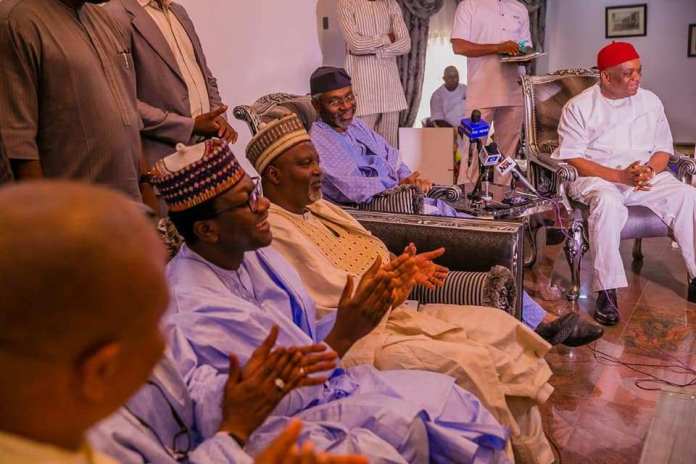 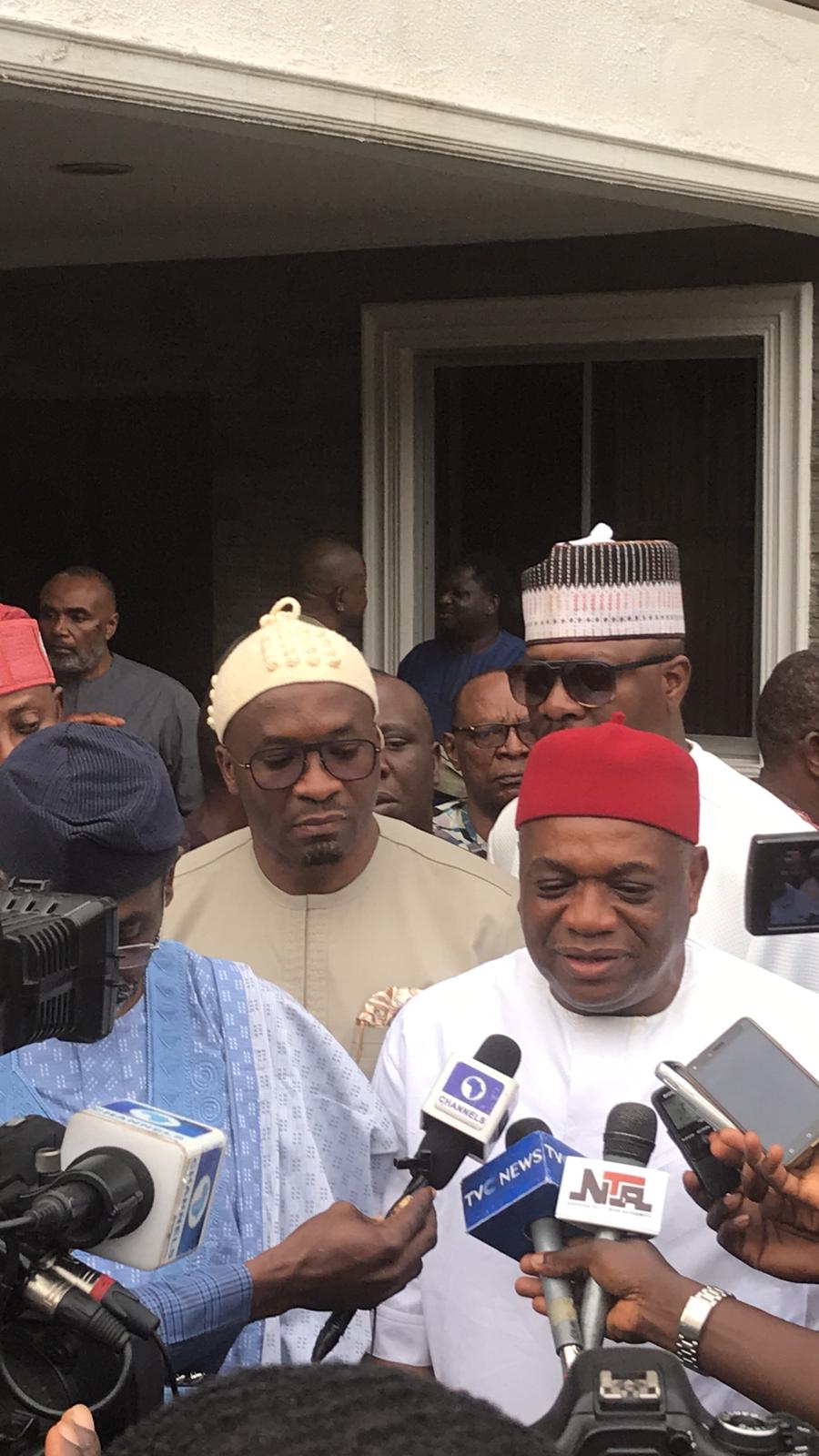 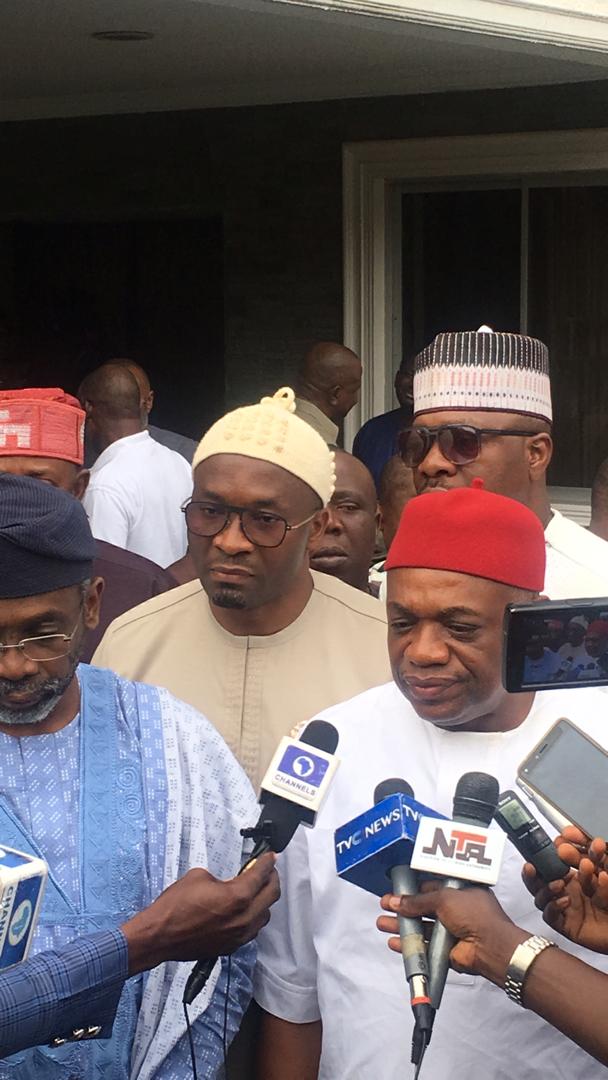 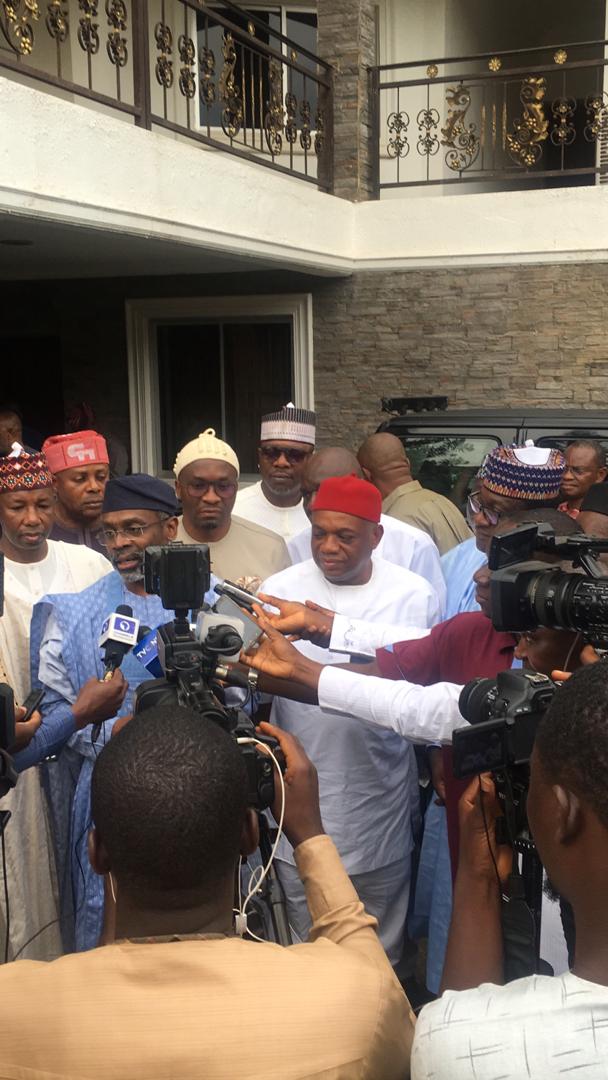 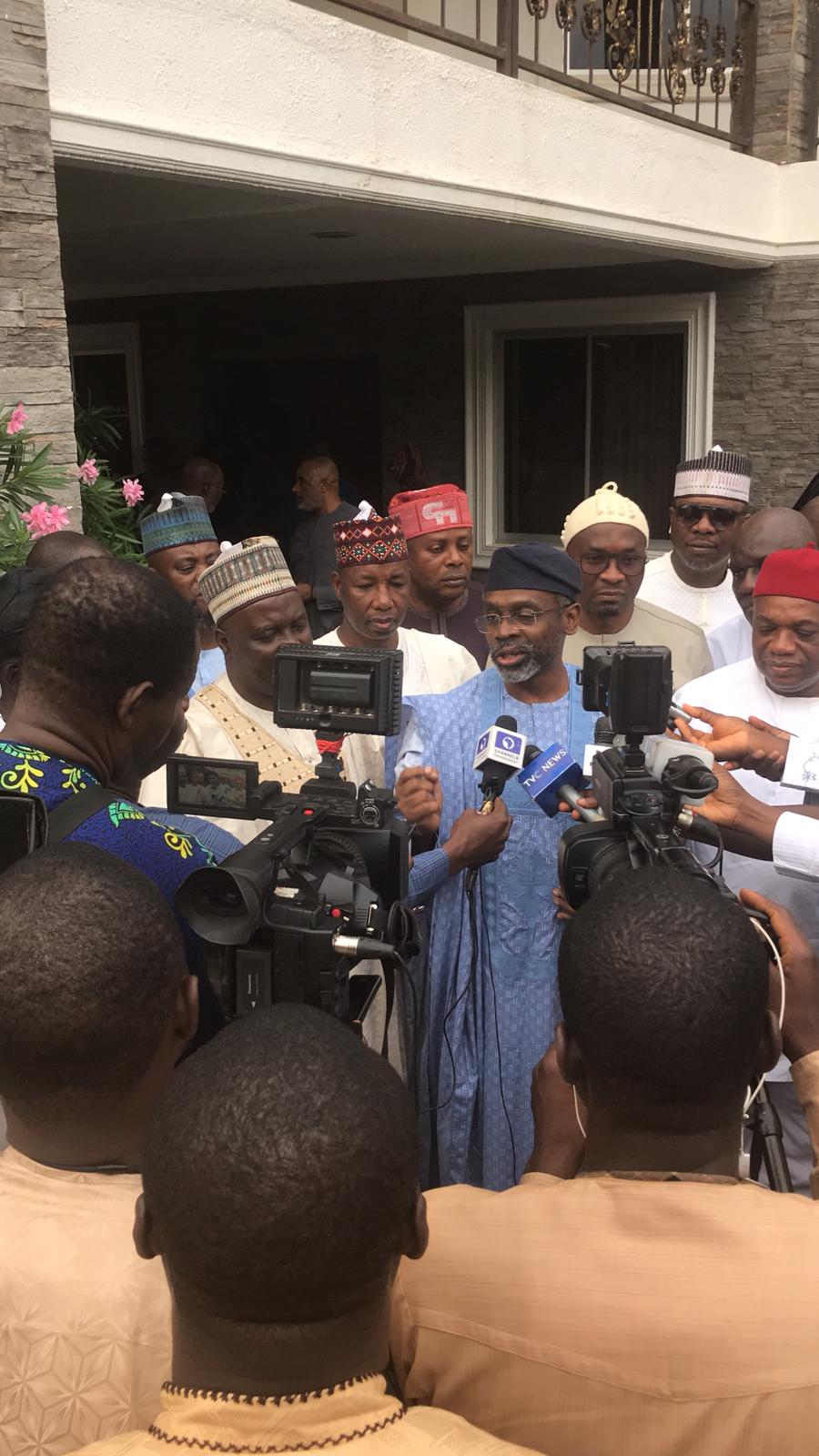 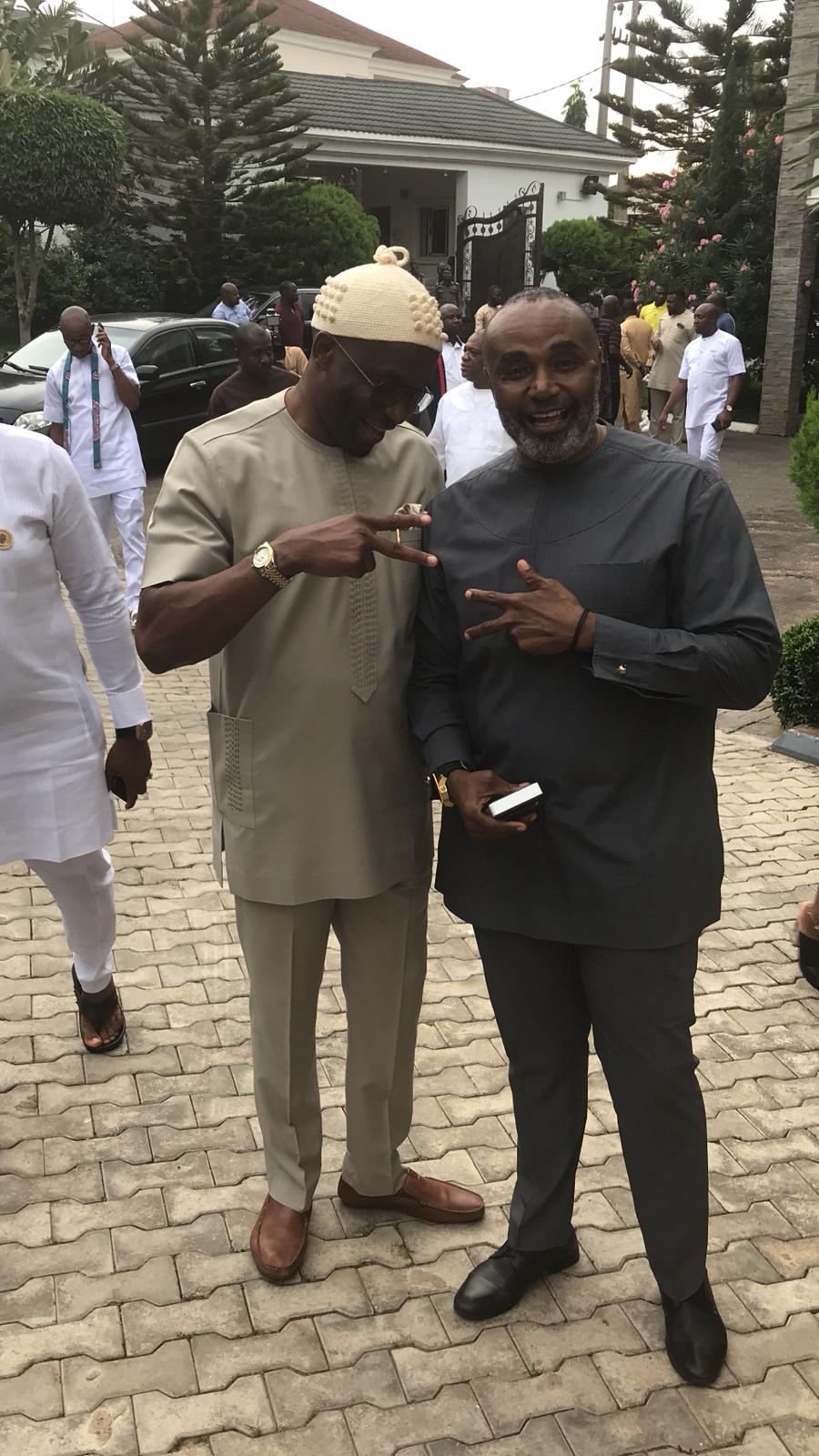