by Drum Africa
in Politics
82
0

In recognition of Hon. Benjamin Kalu’s outstanding victory at the House of Representatives polls as well as his collaboration with Senator Elect, Dr. Orji Uzor Kalu to ensure the victory of the President in Bende Federal Constituency, His Excellency, President Muhammadu Buhari wrote a letter of congratulations to the Hon. Member Elect.

In paragraph three of the letter, President Buhari extended a hand to the legislature asking for a partnership to uplift the economic and social well- being of Nigerians.

When asked by Drum Africa, Chief Kalu said, “this is the evidence that President Buhari wants to do things differently in the coming administration. The tone of the letter reflects a deliberate attempt of the executive arm to partner with the legislative arm to grow our economy.

“Yes we will support the independence of the legislature but the 9th Assembly is not willing to sacrifice the benefit found in the interdependence between us and the executive.

“The era of acrimony and rancour is over and this we shall achieve while playing an effective dog watching roles on their activities.

“The people of Bende have asked me to accept the President’s hand of partnership for the growth of our nation and I have so accepted, and willing to work closely towards the achievement of all the good objectives of the government.”

Recall that the relationship of the 8th Assembly and the Executive was acrimonious and fraught with mutual distrust, having started on a foundation of allegations of treachery and betrayal. The discord has been fingered as the single major factor that impeded the growth of the nation.

The letter presents a hope that the federal government will be able to shun politics and act harmoniously in the interest of the nation. 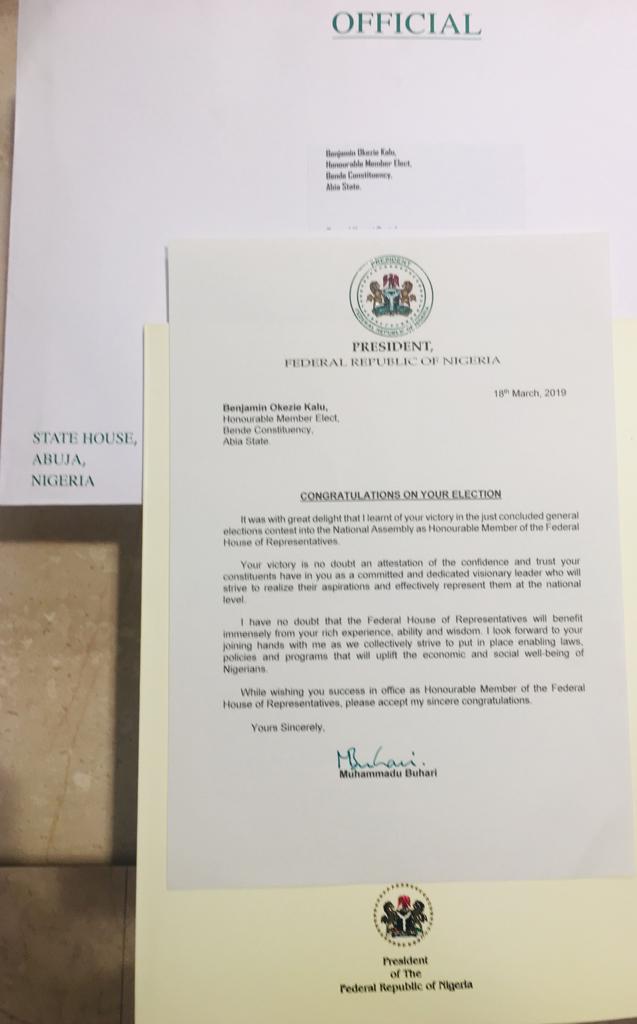