Many injured as trailer loses control in Ibadan (Photos)

A truck carrying a container lost control in Ibadan, the Oyo state capital on Friday and killed one woman whose identify has not been identified yet.

An eyewitness said the tragedy occurred at about 8:02 am under the Molete flyover due to a brake failure experienced by the driver of the trailer carrying a container.

The corpse of the victim, whose identity was still unknown has been moved by the members of the Oyo State Road Traffic Management Agency (OYTMA) and Nigeria Police, Oyo State command to be deposited at a morgue.

About three buses and four three wheel tricycles were said to have been damaged during the accident.

The Federal Road Safety Corps Sector Command in the state, Mrs. Cecelia Alao while confirming the incident on Friday afternoon said that only one person died in the hospital.

Alao added that the corpse of the deceased has been moved to the hospital. 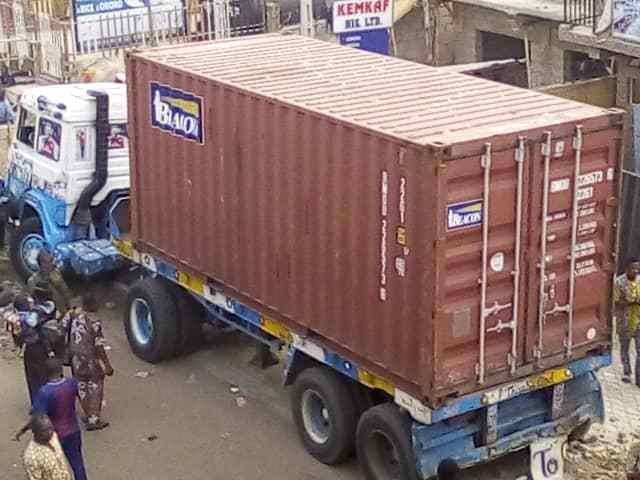 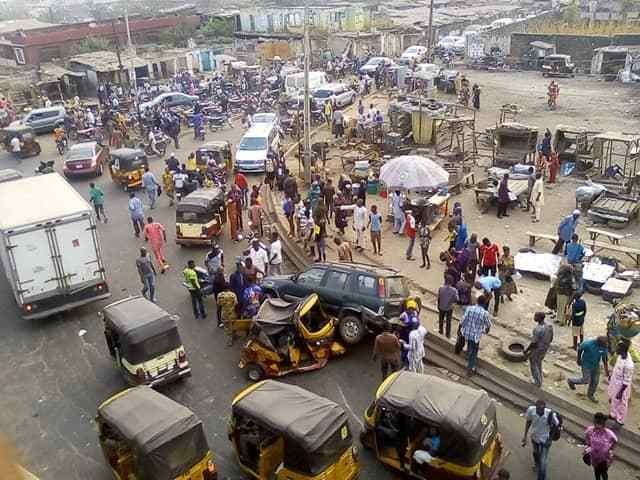 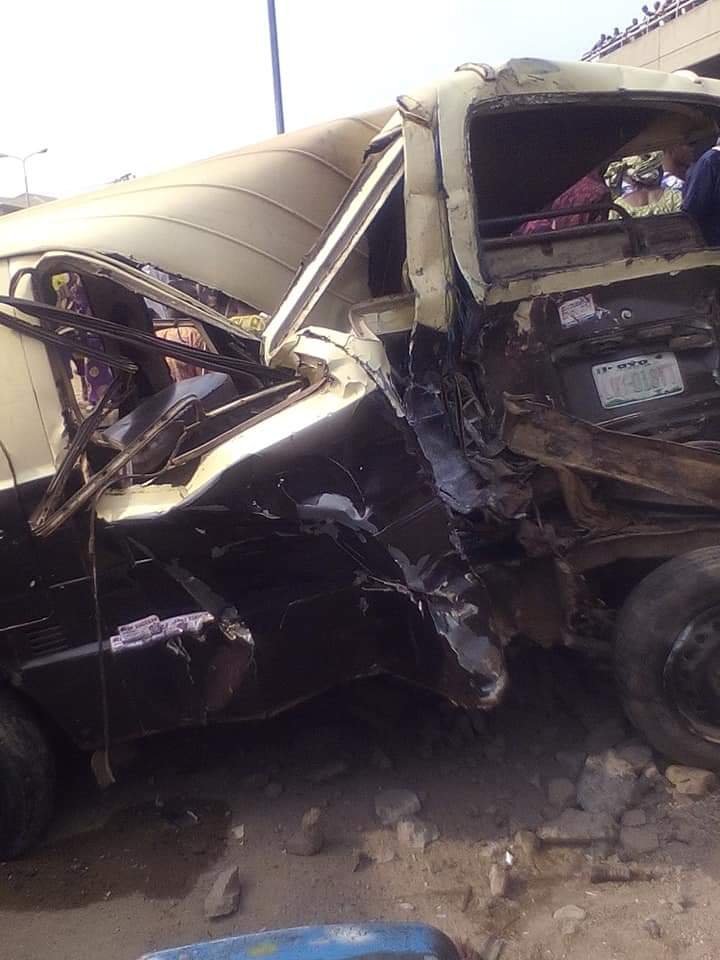