The Member representing Bende Federal Constituency in partnership with the National Institute for Cultural Orientation organized a training program aimed at empowering Bende Women and Youths in the cultural industry with grants in support of the crafts.

The program was held at the Multipurpose Hall, Bende L.G.A, Abia State on Friday, 26th August 2022 was also aimed at harnessing Bende cultural heritage for the women and youth.

In an opening address by the Executive Secretary/CEO NICO Mrs. Patience Item, stated that the organization is one that willing to serve the women and youth in various capacities through numerous programs and trainings they organized, she further encouraged the beneficiaries of the grant not to hesitate to walk into any of their offices across the nation to learn more during any of their programs. She listed few including their holiday programs, language programs, workshops and other round table discussions.

The Member representing Bende Federal Constituency who was ably represented by the Director General, Benjamin Kalu Movement, Hon. Emma Trumps Eke in his welcome address expressed pleasure in  the program happening in the constituency after so much effort to bring it to fruition, he congratulated the women and youths who were beneficiaries of the empowerment grant while urging them to pay close attention to the trainings and lessons that will be offered by the institution. He thanked the team from NICO for the work they have put in for the success of this program.

Part of the program activities was also a lecture delivered by a Professor of History and International Relations in the University of Nigeria, Nsukka, Prof Victor Ukaogo who gave detailed lecture on the Cultural Heritage of Bende Local Government and how to harness it for the economic development of the constituency.

He further analyzed the challenges faced by women and youths such as age, gender, access to finance and how they can be tackled. He encouraged the production and patronage of Made in Nigeria products including textile designs at local and international level, promoting arts and crafts in the educational system as well as provision of various avenues for assisting small and medium scale enterprises in the sector.

Also Speaking was the Minority Leader of the Abia State House of Assembly, Hon. Chijioke Chukwu, in his speech highlighted the dangers of allowing the cultural heritage of the Bende people to become extinct citing an example of the locally produced palm oil which ideally should be a great source of income.

The program ended with a closing address by a Special Guest of Honour, Hon. Justice S. N. Imo (Rtd) OFR followed by a vote of thankes and the issuance of certificate of participation by the team oof National Institute for Cultural Orientation. 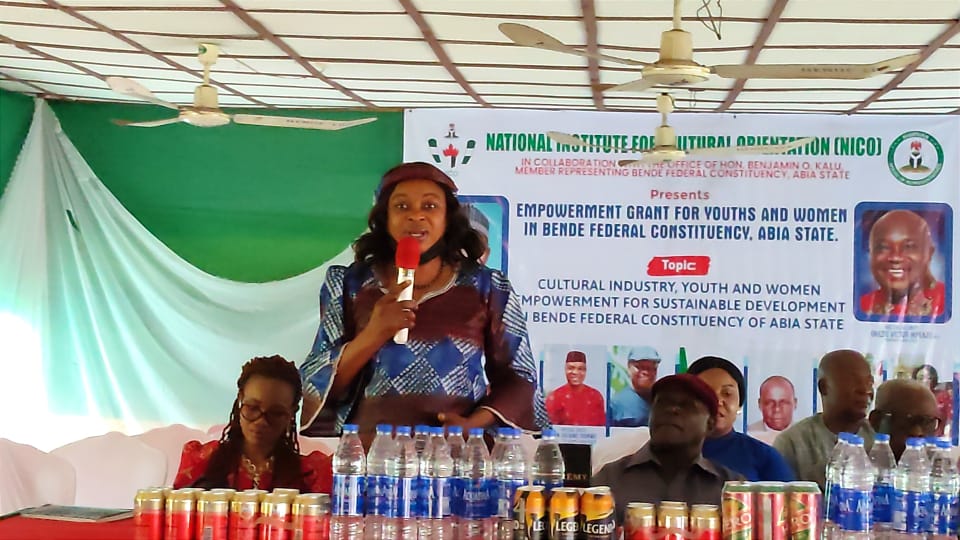 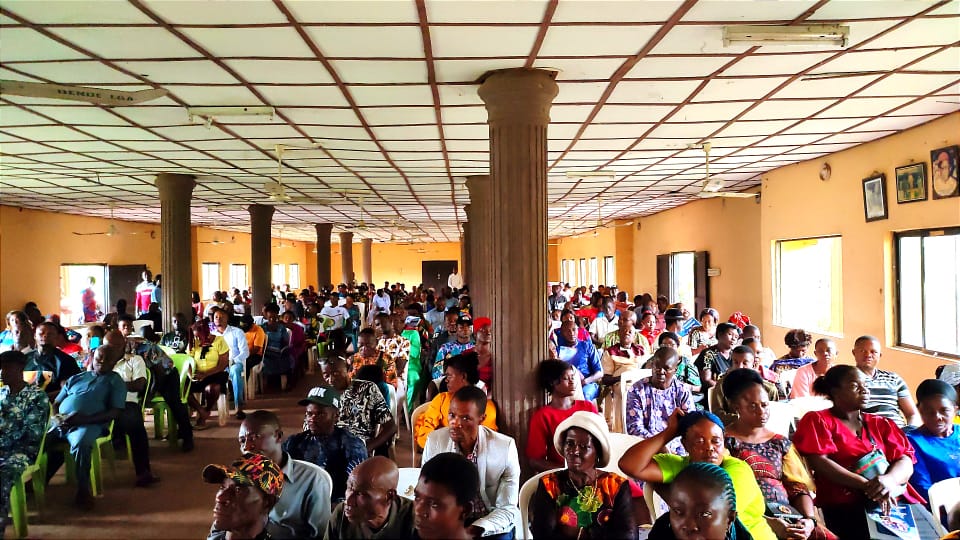 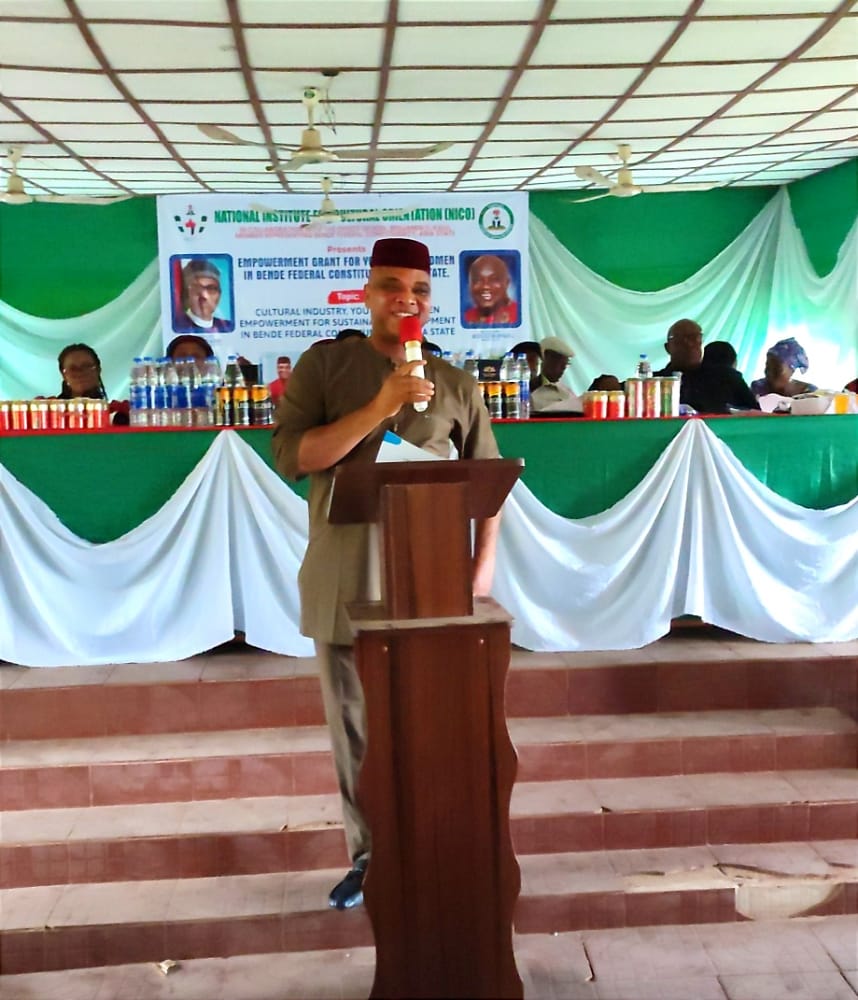 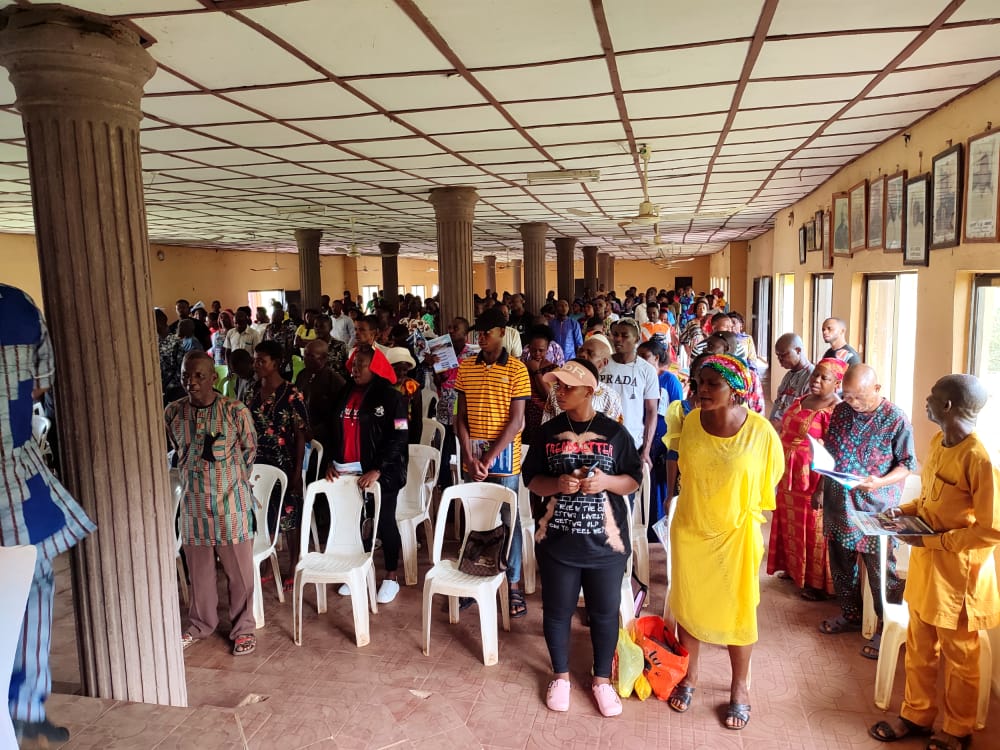 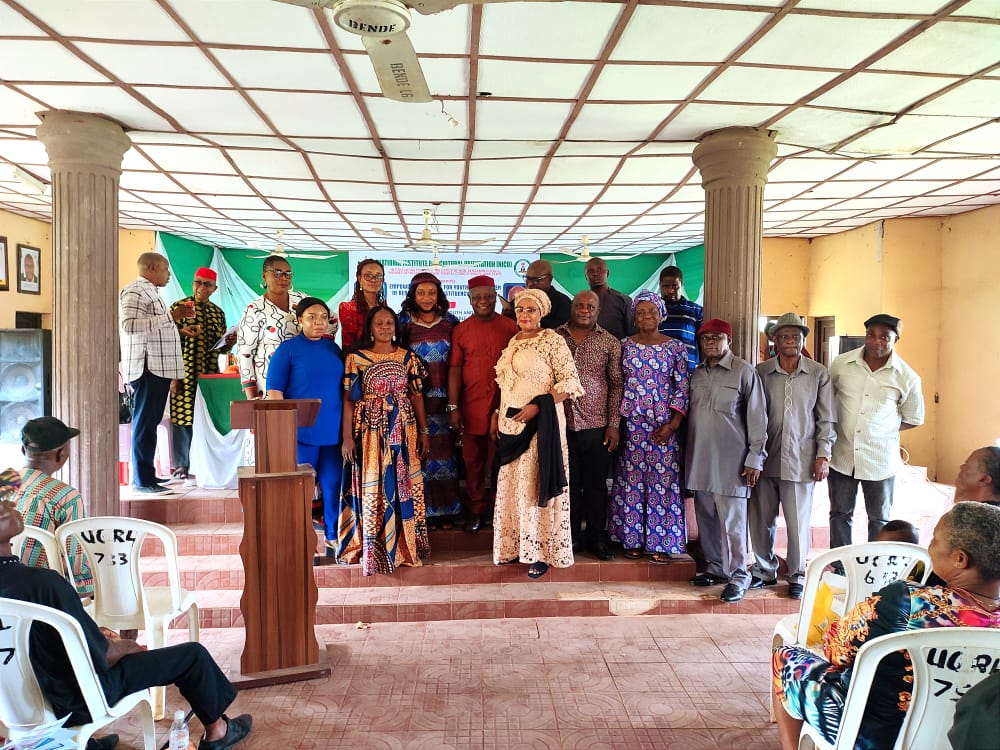 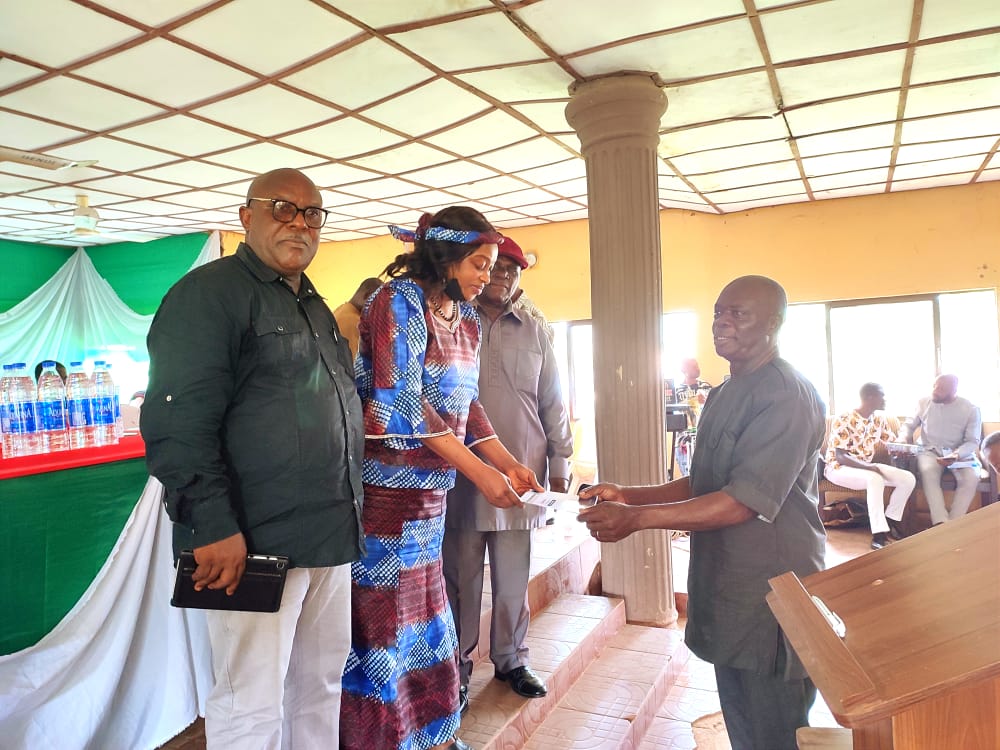 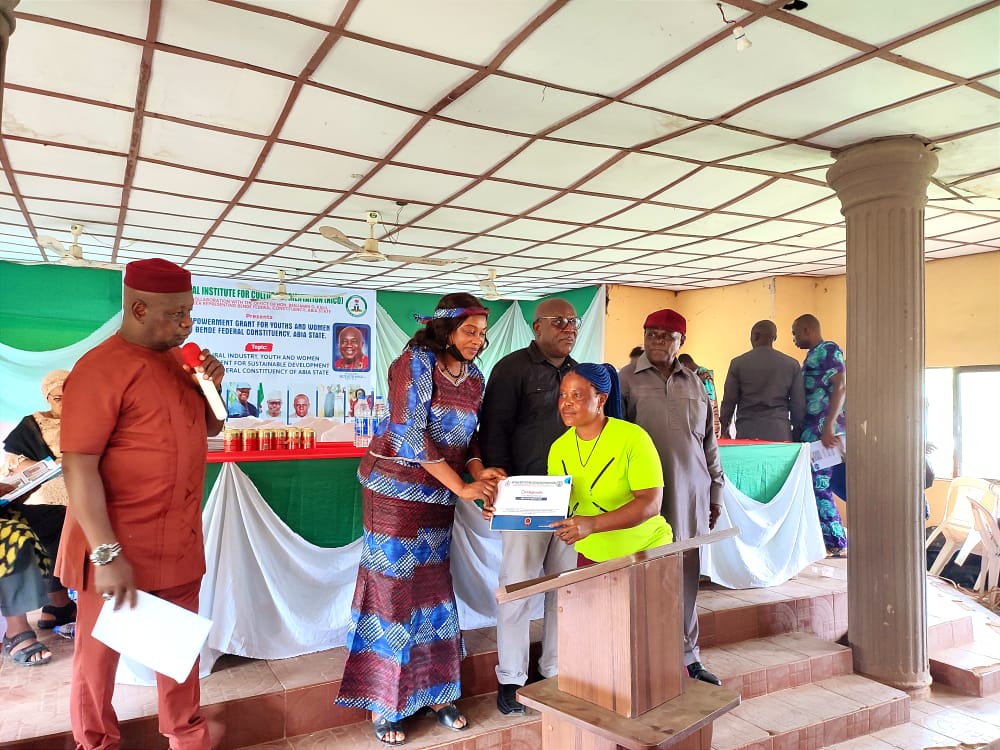 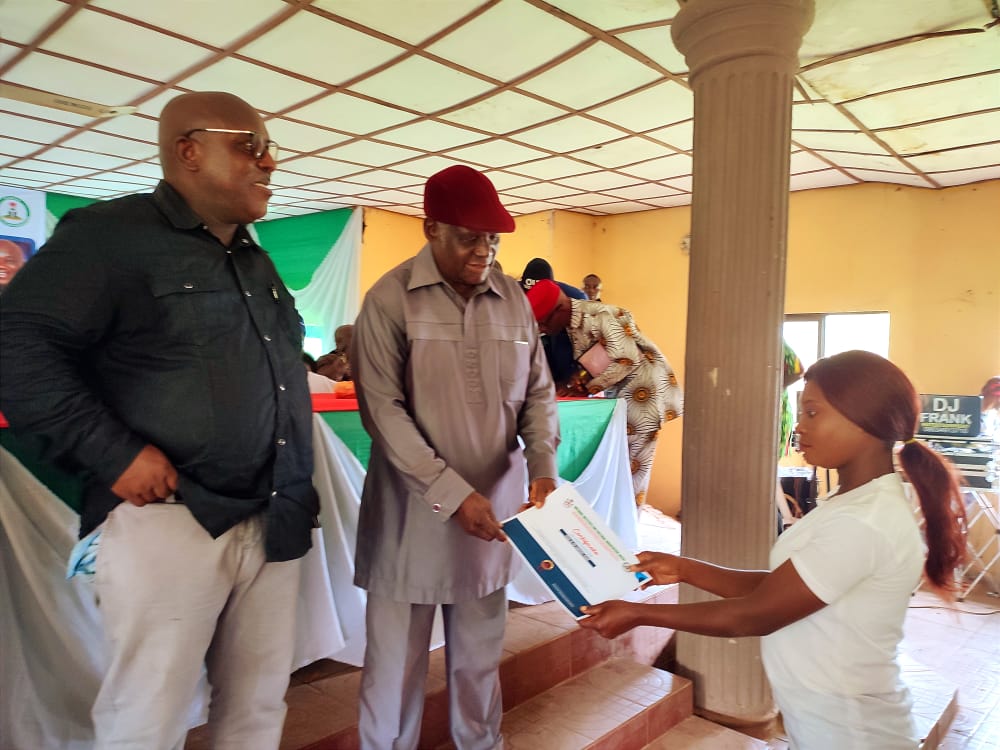 Abia at 31: Rep. Benjamin Kalu felicitates with Abians, prays for peace and progress of the State

Abia at 31: Rep. Benjamin Kalu felicitates with Abians, prays for peace and progress of the State