Following the successful conduct of the Ekiti State Elections held on the 18th of June, 2022, the 9th House of Representatives has congratulated the Independent Electoral Commission on the execution of a free and fair election.

In a statement signed by the Spokesperson of the House, Rep. Benjamin Kalu, the House noted that this is the first Gubernatorial election conducted by the commission since the new Electoral Act became law.

While commending all other agencies that played key roles in the success of the election, the House assured Nigerians of their commitment to the improvement of the electoral process as the country prepares for the 2023 general elections.

9th House of Representatives Congratulates INEC on its Successful Conduct of the 2022 Gubernatorial Election in Ekiti State.

The leadership and members of the House of Representatives (House) notes with pleasure the Independent National Electoral Commission’s (INEC) satisfactory conduct of the 2022 Gubernatorial Election in Ekiti State which has been adjudged a successful outing according to all metrics by independent domestic and foreign observers.

As the first gubernatorial election to be conducted by INEC under the new Electoral Act 2022, the election presented a unique opportunity to assess the operational implications of some provisions of the newly issued INEC guidelines and the Electoral Act 2022 which was recently passed by the National Assembly under the leadership of the Distinguished Senate President, Ahmed Lawan and the Honorable Speaker, Femi Gbajabiamila.

According to reports from independent election observers, there was marked improvement in election logistics management, as well as the deployment of personnel and essential materials such as the Voter Register, Bimodal Voter Accreditation System (BVAS), voting cubicles and ballot boxes, which resulted in early commencement of voting.

The House is also pleased with reports that the BVAS functioned properly in 94% of observed polling units, and was promptly fixed in the 6% of polling units where it malfunctioned. This indeed validates the faith that was placed in INEC to deploy election technology to improve our electoral system. Committees: Defence, Petroleum Resources (Upstream), NDDC, National Security and Intelligence, Federal Judiciary, Health Services, Federal Character Commission, Public Petitions

The House also commend the Nigeria Police, the Economic and Financial Crimes Commission, and other security agencies for keeping the peace and demonstrating vigilance against electoral malpractices at the 2022 Gubernatorial Election in Ekiti State.

The House remains committed to the improvement of our electoral processes and hopes that the successful run of the 2022 Gubernatorial Election in Ekiti State will inspire more Nigerians to vote in the coming 2023 general elections. The House also seizes this opportunity to call on INEC to extend the June 30th voter

registration deadline to accommodate the increasing number of Nigerians who wish to register to vote. 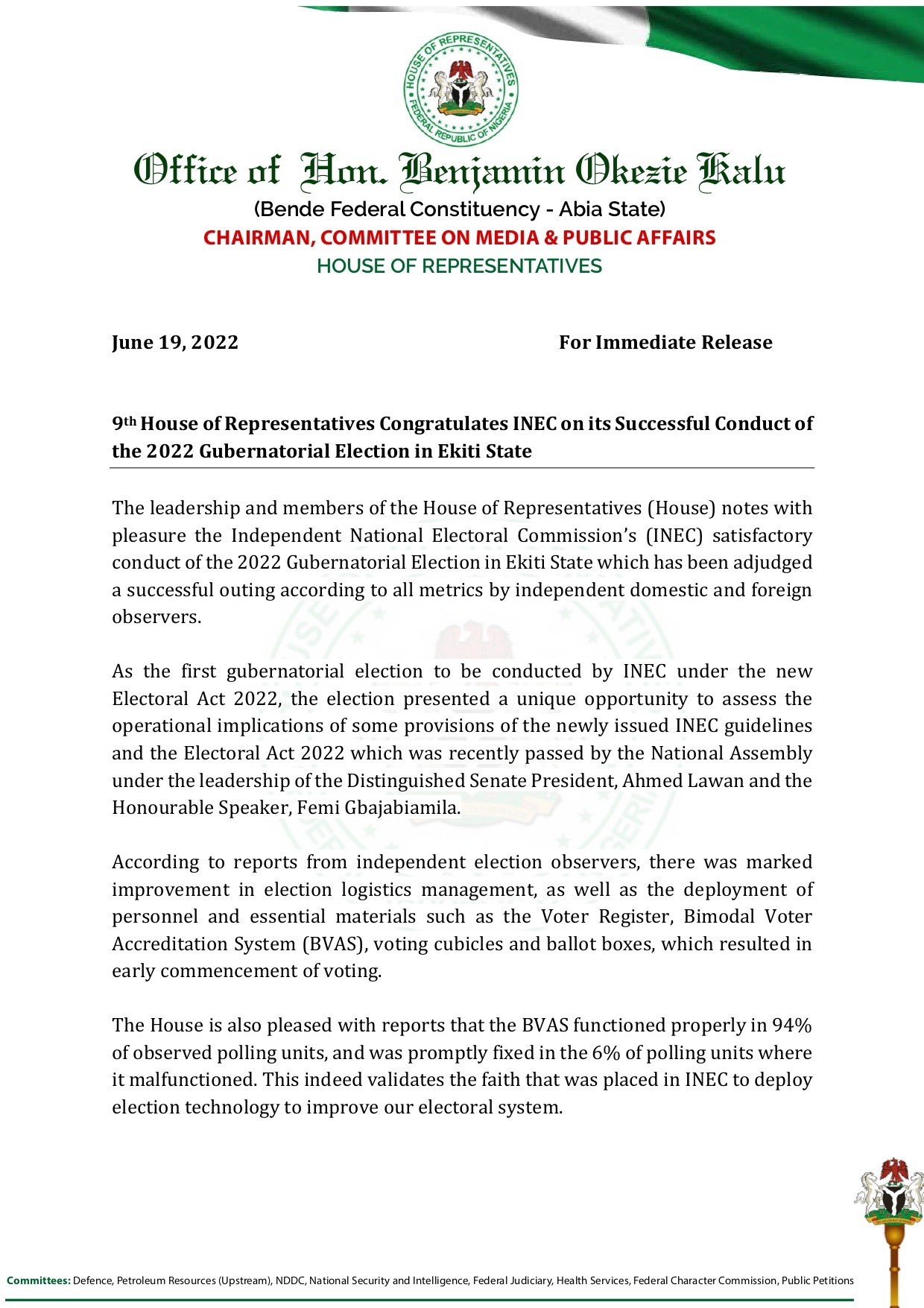 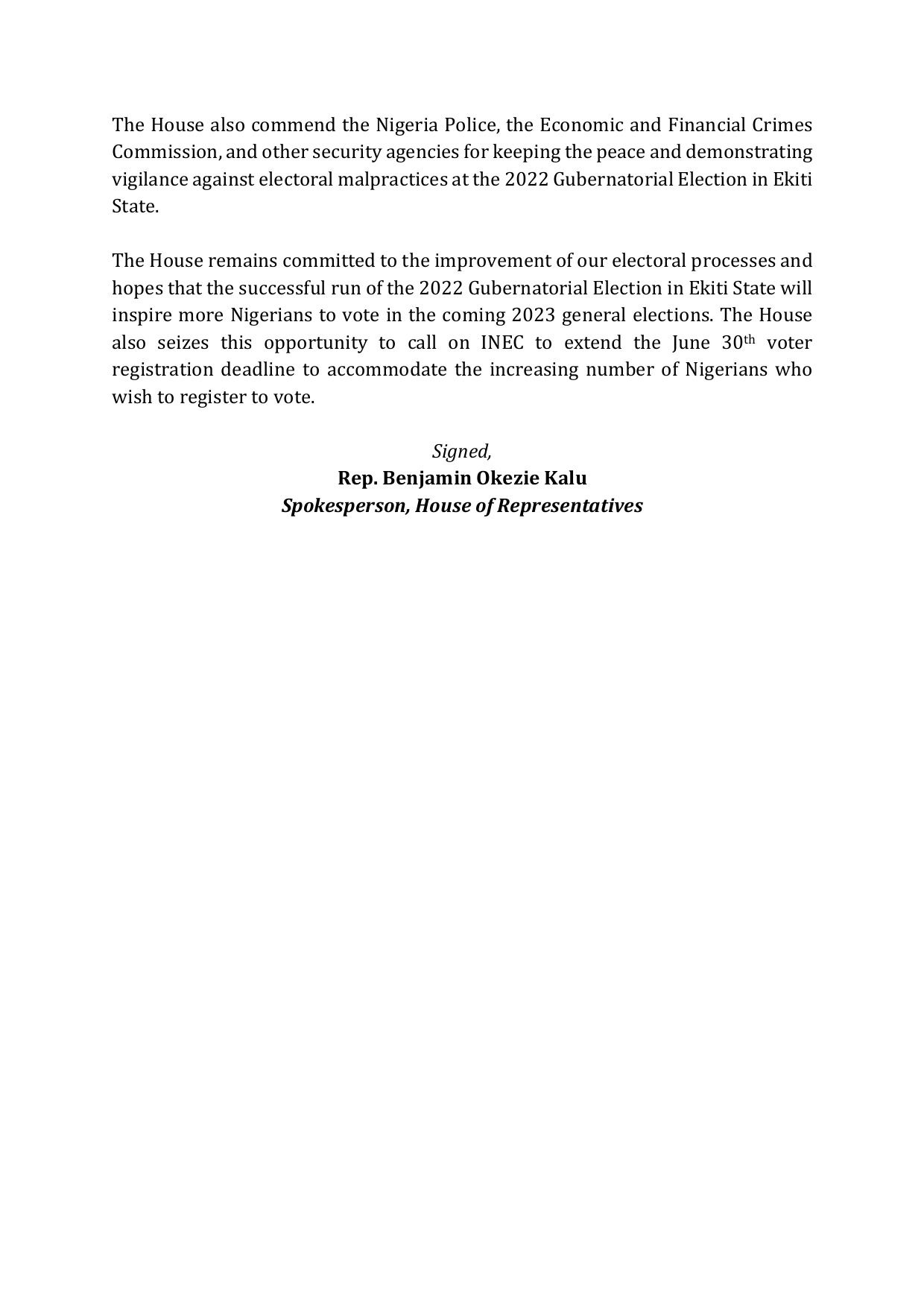 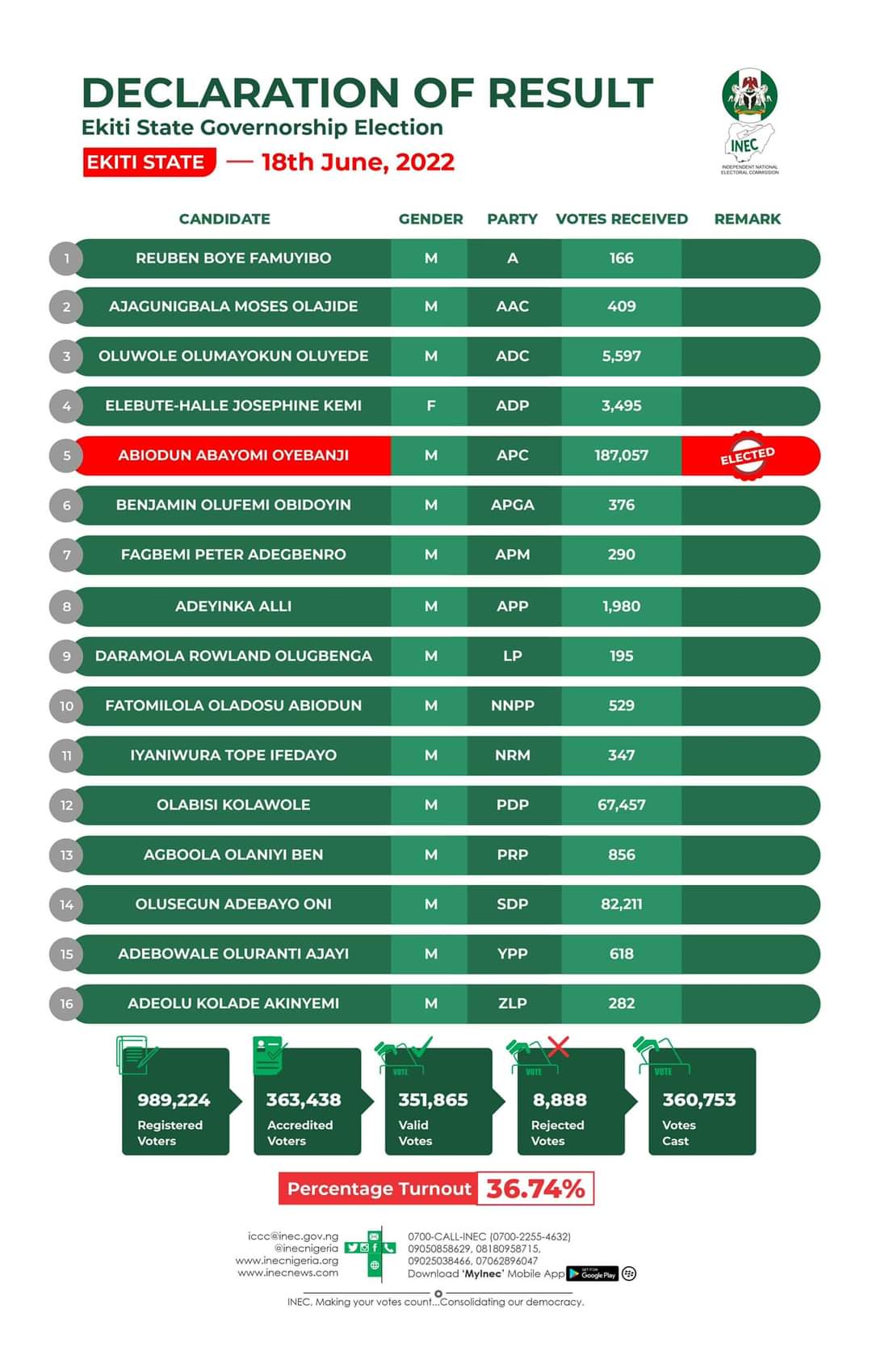 Father’s Day: Rep. Benjamin Kalu celebrates Fathers in Bende and across the world.