by Drum Africa Correspondent
in Uncategorized
84
0

The member representing Bende Federal Constituency and Spokesperson of the House of Representatives, Rep. Benjamin Kalu today April 4th, 2022 received delegates from Apuanu Item Development Union, Abuja branch as they paid him a courtesy visit at his office in the National Assembly Complex.

The Vice President of the Association, Mr. Daniel Nwachukwu while introducing the delegates from the association thanked the Representative for being receptive and always opening his doors to his constituents at any given time, describing  him as a compassionate leader, one who is ever willing to listen to the problems of Bende constituents irrespective of his own situation, he recalled several moments where he witnessed such events.

Also speaking was the Chairman of the Union, Mr. Samson Eke Onuoha, who expressed gratitude to Rep. Kalu for representing Bende in a very outstanding way. He recalled that he was in Apuanu before the end of the year 2021 and saw the foundation of the block of Six Classrooms in Apuanu Community Primary School which was undergoing construction at the time, expressing delight to see that under three months of construction the school was completed. Like that was not enough, the honorable member, in less than a month also flagged off the construction of Amaokwe-Akanu Road.

Mr. Onuoha stated that Rep. Kalu is not the first to represent Bende as they have had people go to the Green Chambers but he is certainly the first to deliver quality representation. He assured the representative that Apuanu community is solidly behind him in whatever position he intends to vie for as the elections draw nearer.

The delegation was led by Prof. Mba Okoronkwo, OON, Former Director, National Open University of Nigeria, a stakeholder of the community and grand patron of the association who spoke on behalf of the community, said that they have come to appreciate the lawmaker for his exceptional approach to representation and delivering the dividends of democracy to Bende Federal Constituency. He stated that he has successfully put his name on the lips of all and sundry in Item including children, mothers, and youths through the numerous projects he has facilitated adding that there’s no form of doubt that he came to serve the people and not enrich his pockets. He prayed for God to strengthen him, uphold his efforts to transform Bende, and protect him from any weapon formed against him.

He further seized the opportunity to call for the attention of the legislator to some pressing needs in the community adding that like Oliver Twist, they have also come with requests for more. He appealed to the representative to attract more infrastructural developmental projects, particularly the completion of the Okpokwu Bridge which in his words will lead Apuanu to her gold mine as other natural economic resources will be easily accessed boosting the socio-economic activities of the community and other neighboring communities in the constituency.

They also requested for another Community Study Center of the National Open University to be attracted to Apuanu Item in addition to the one already attracted in Bende. Prof. also encouraged Rep. Kalu to help in securing jobs for the young graduates in Item.

Prof. Mba assured the representative of the support of Apuanu Community and Item in general for whatever political party and position he decides to go for in 2023, adding that victory is non-negotiable.

In his response, Rep. Benjamin Kalu expressed gratitude to the union for honoring him with such visit, stating that he is indeed motivated to do much more. He added that whatever he does for the people of Item is well deserved recounting  their efforts in the last elections which has remained indelible in his mind.

You have shown that though you are in Abuja your mind is on what we are doing in the communities. This appreciation is a huge one, I am truly motivated to do more and I must say this, nothing is too much for the people of Item, whatever I do, you deserve it. This is my own way of showing my appreciation through projects, now you have come back to appreciate me with gifts, I will also come back to do more and more projects.’

‘We are not in politics to increase our pockets but to reduce poverty. If I can do these in two and half years, you can imagine what will happen in subsequent years and this is what representation is about’

‘When the atmosphere for learning is good, assimilation is enhanced in our kids’

He recalled his time while commissioning of the block of six classrooms in Apuanu Community Primary School witnessing the brilliant pupils and teachers there, he added that he was impressed by what he saw and promised to go back to the school, he also mentioned that the classrooms have since been filled with desks and seats to ensure that the pupils do not sit on the floor.

While acknowledging the requests made by the union for the community, Rep. Kalu assured them that talks for the approval of the bridge as well as the study center are ongoing and there is hope for a positive outcome, while announcing that the Health Center which is in memory of his friend the late Eze. Nelson Orji Agwu of Amaekpu Item has been approved and construction will commence soon.

The association presented gifts of appreciation to the Representative on behalf of the community while Rep. Kalu also used the opportunity to redeem part of his pledge made to the Item Development Union during the last new yam festival with  cheque handed over to the leader of the delegation. 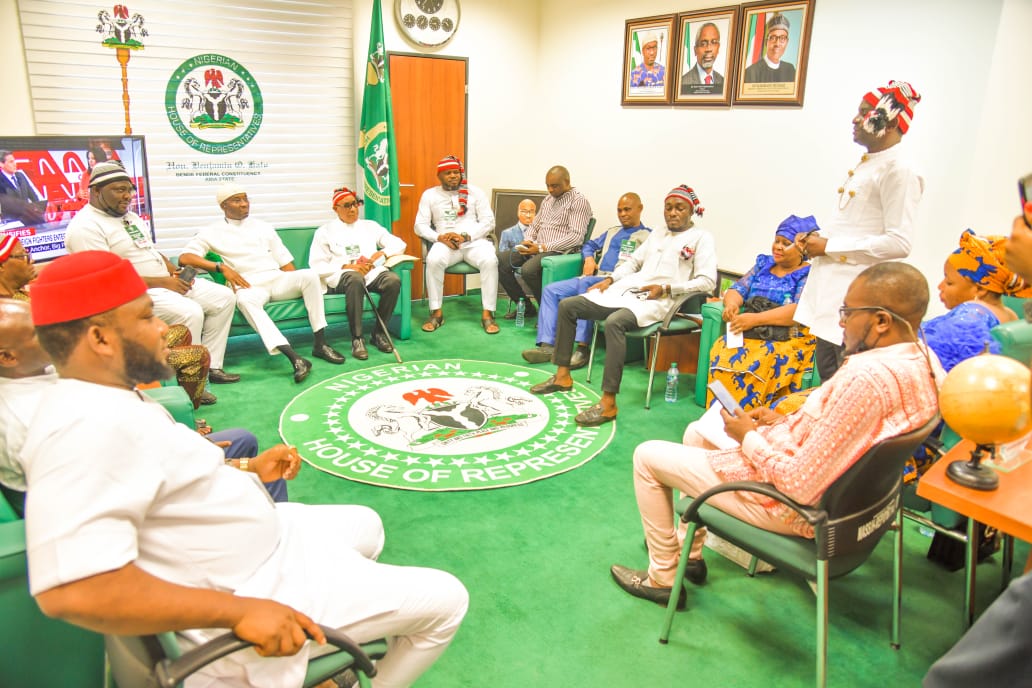 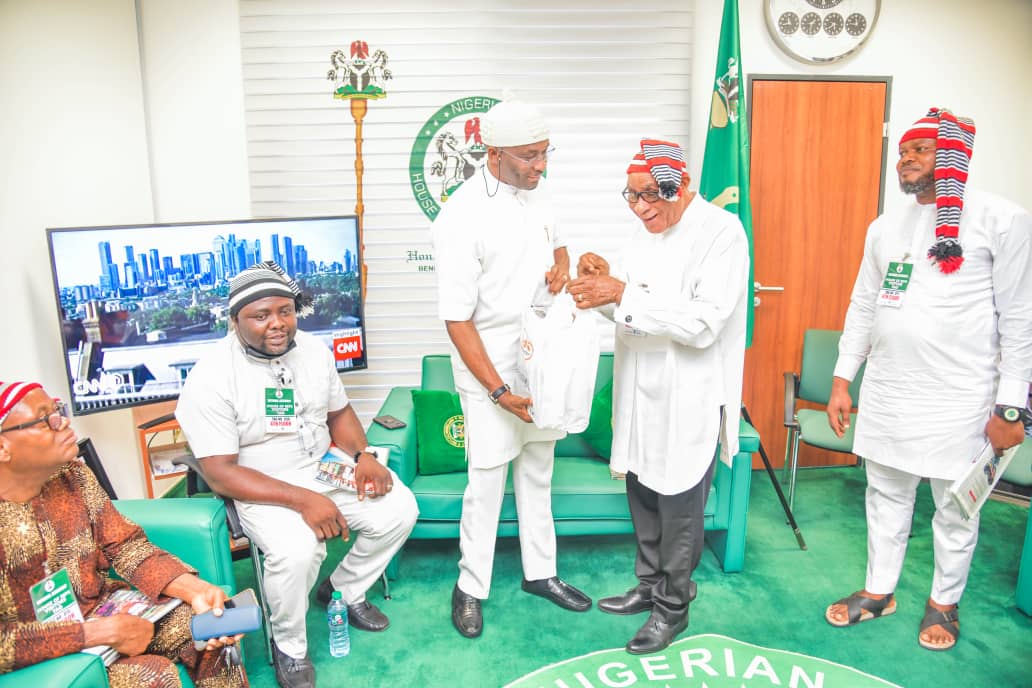 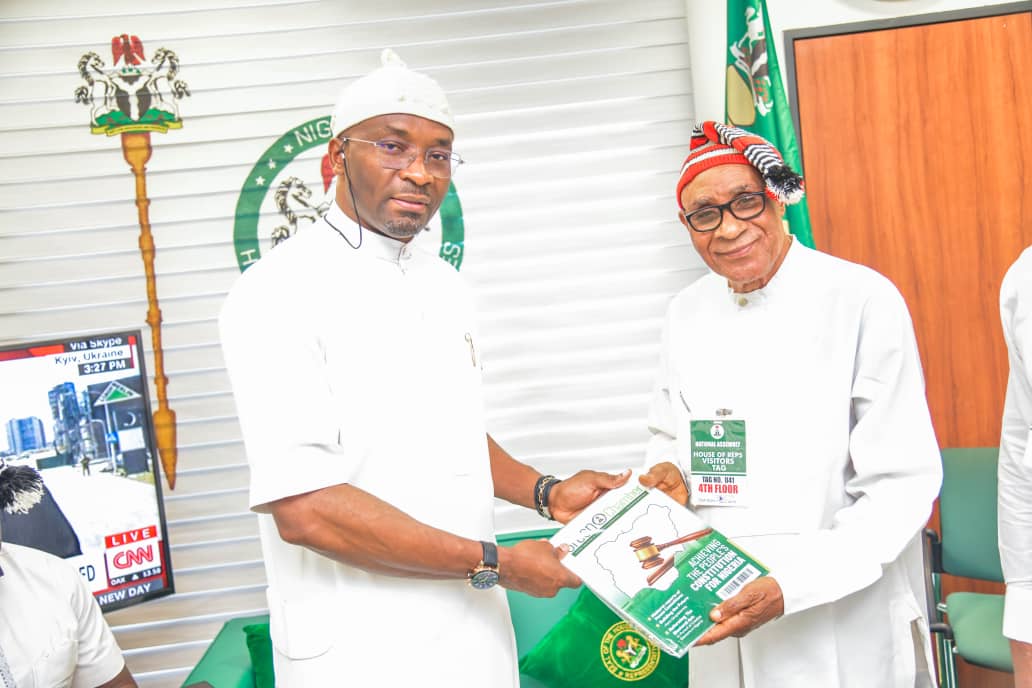 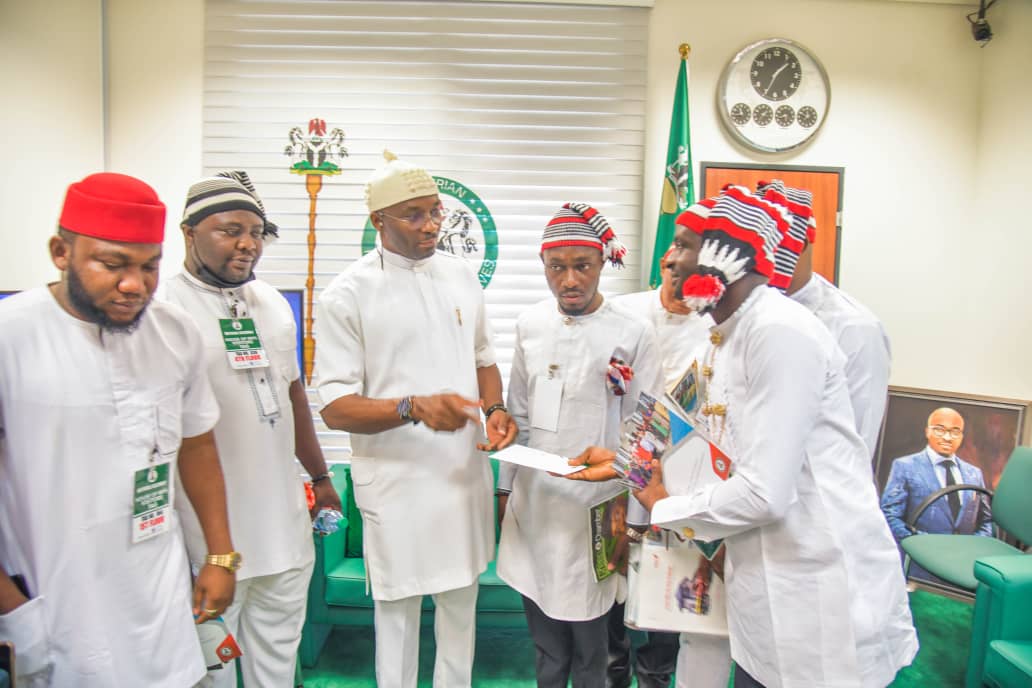 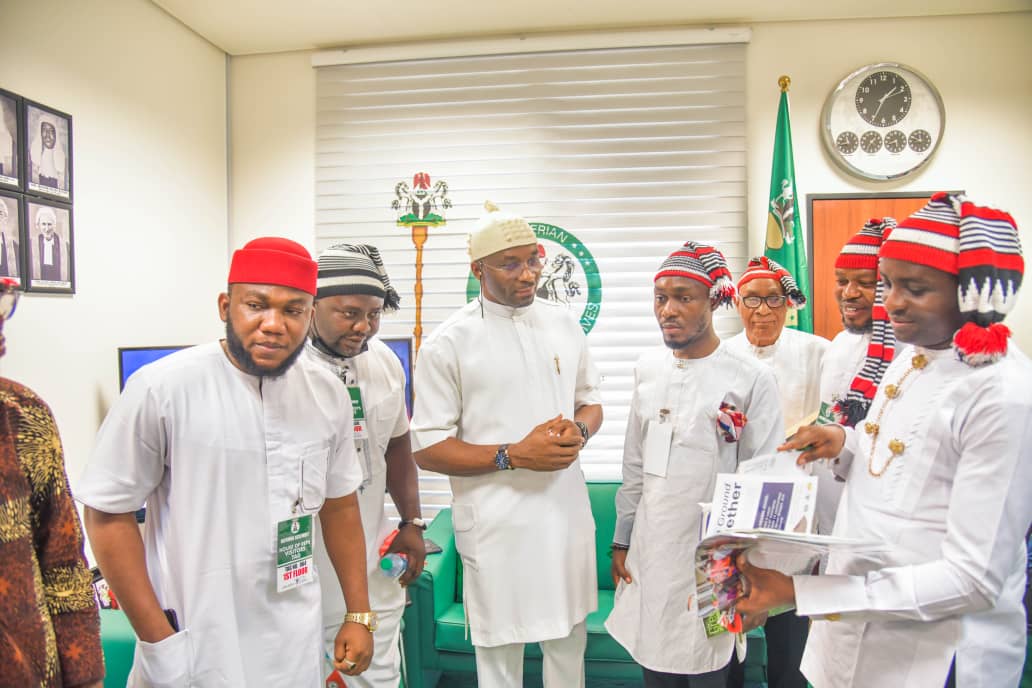 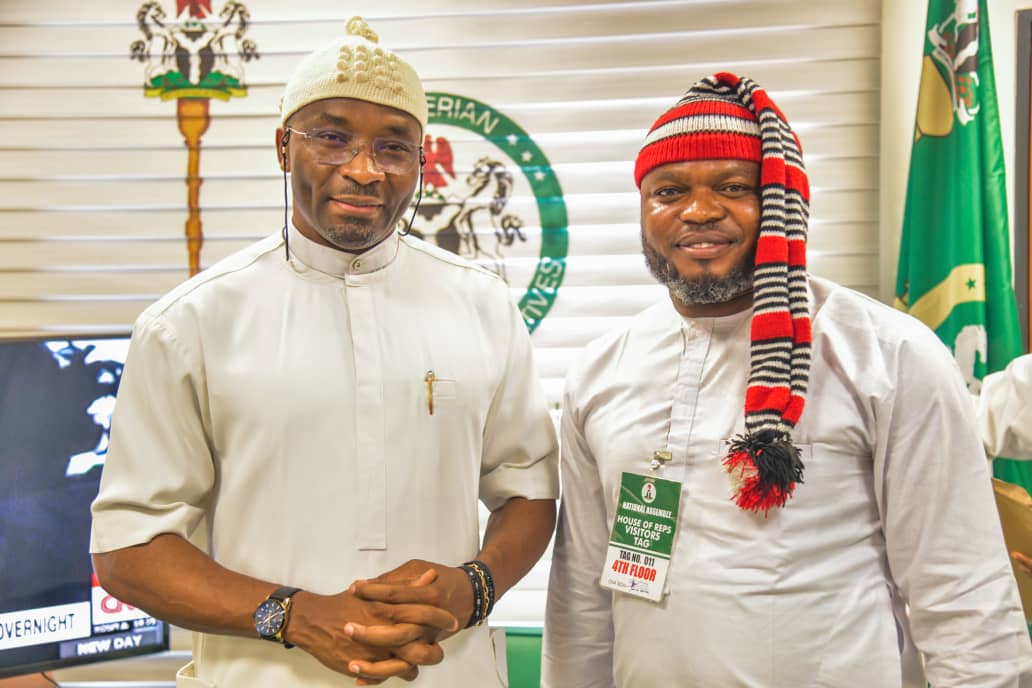 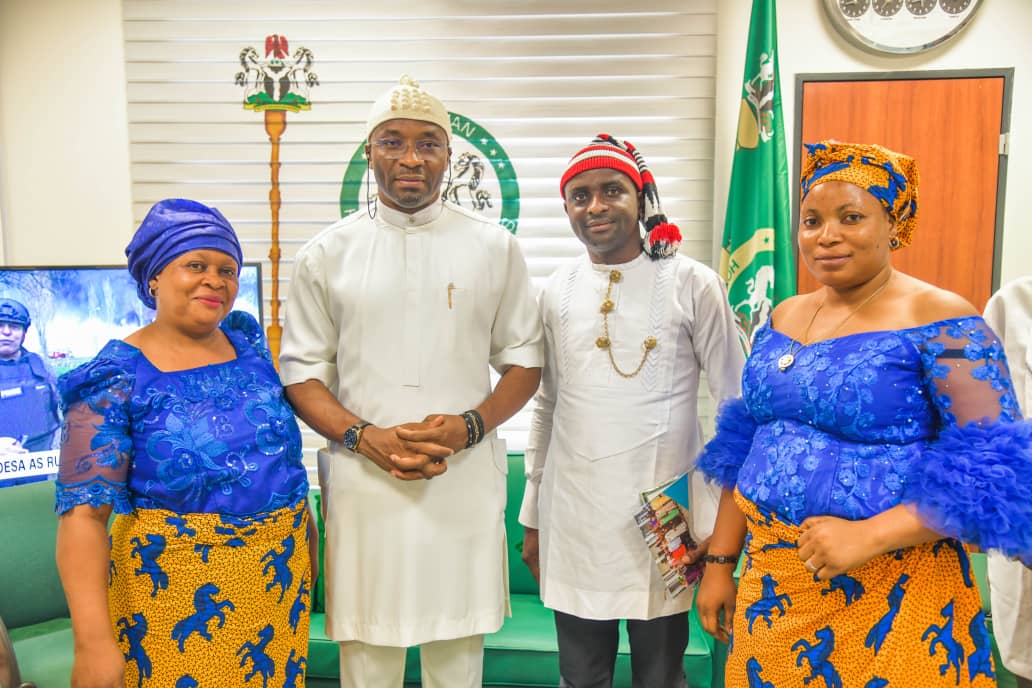 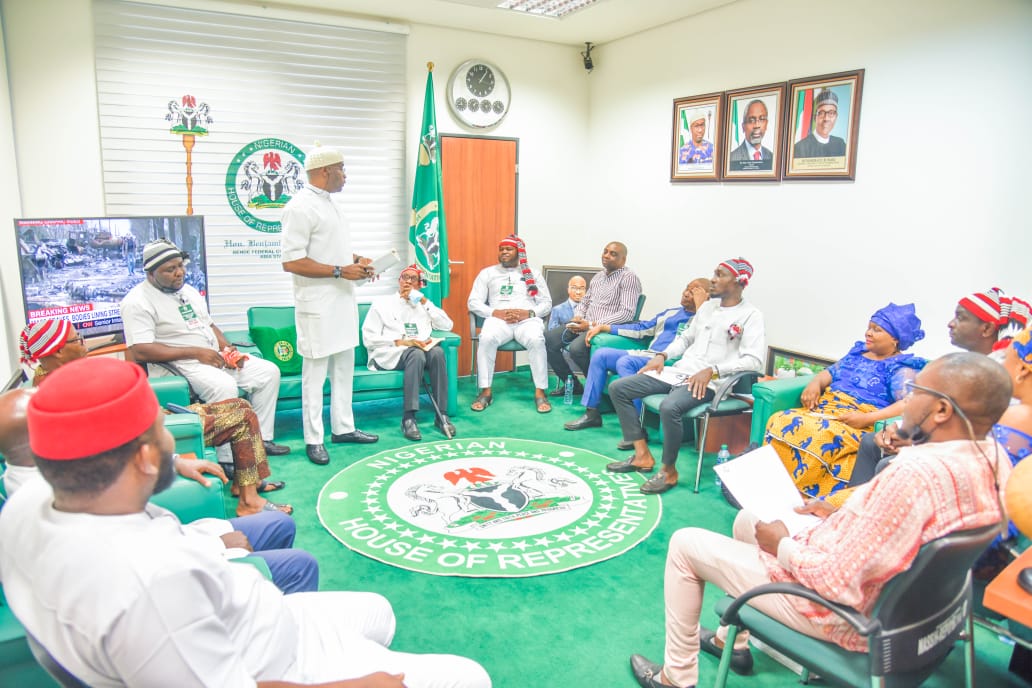 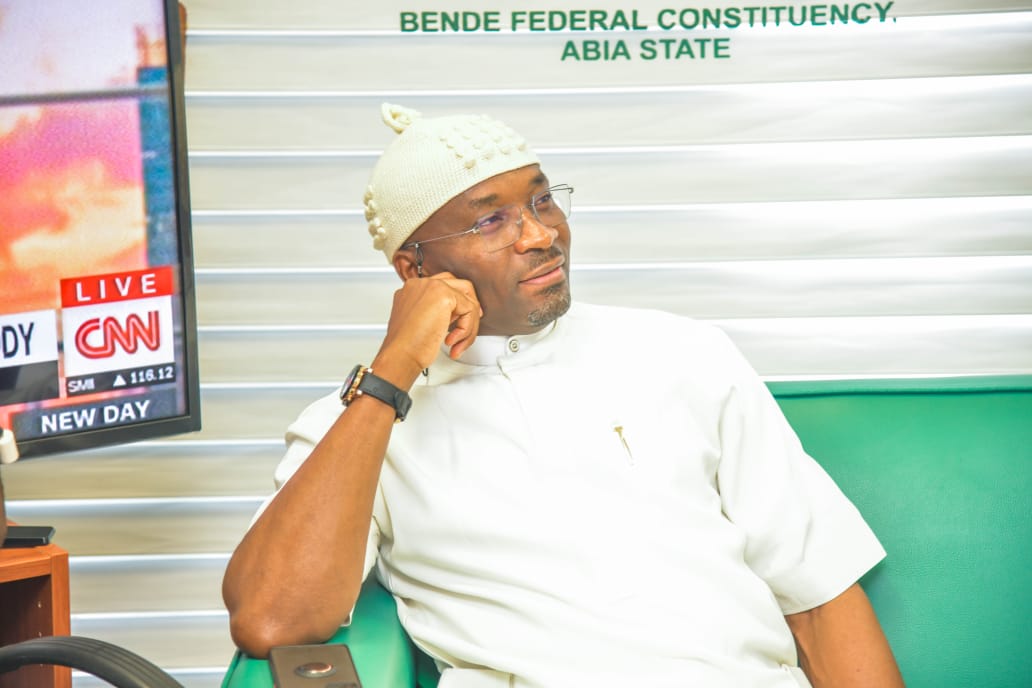 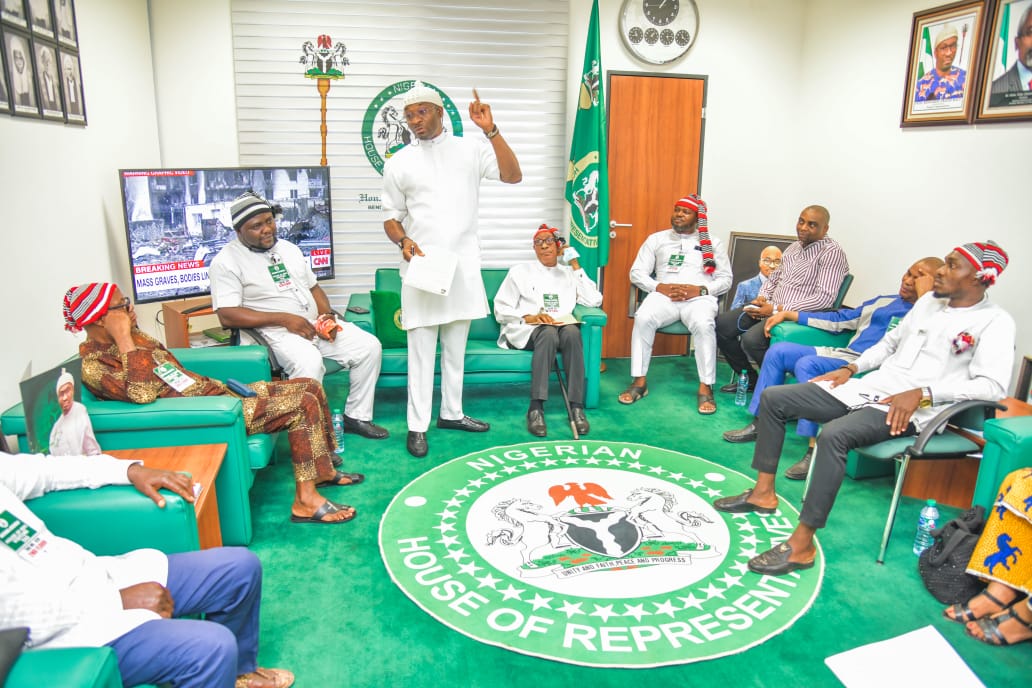 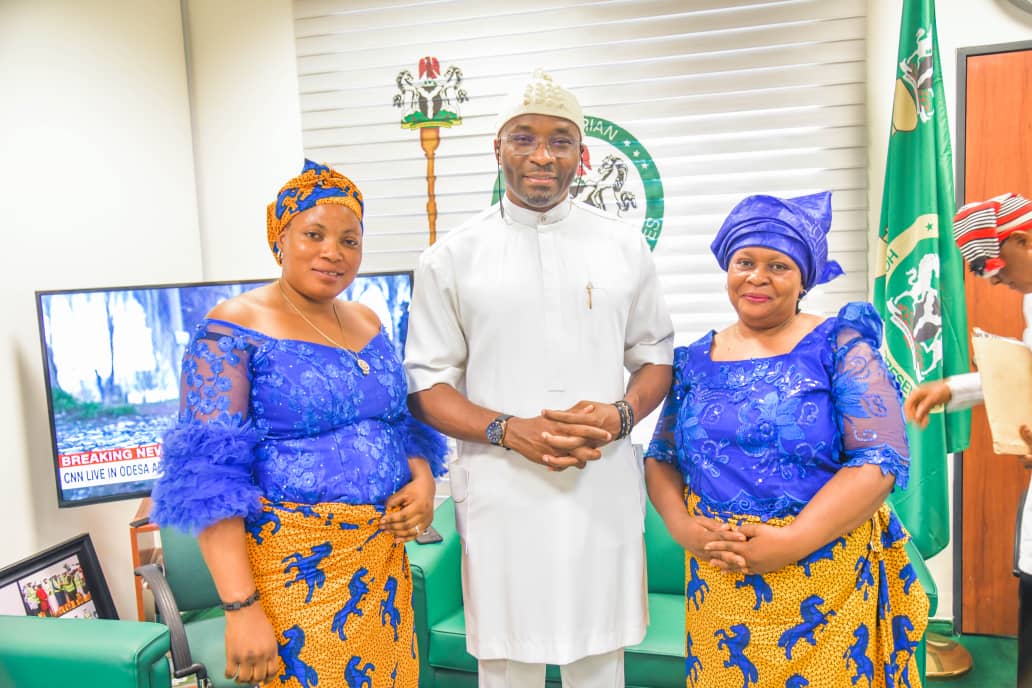