The Member representing Bende Federal Constituency, Rep. Benjamin Kalu received the officers of the National Immigration Service, Abia State Command led by the State Comptroller, Offiong Samuel Offiong who paid him a courtesy call at his country home in Bende on Tuesday, January 11, 2022, to discuss commencement of operations ahead of the commissioning of the completed  Divisional Immigration Office attracted by the representative in Bende LGA.

The Spokesperson of the House of Representatives who received the Comptroller and his team warmly appreciated them for honoring his invitation, adding that they have not only honored him but the entire Constituency.
In his welcome address, Rep. Kalu stated that the beauty of democracy is the synergy and cooperation between the various arms of government that hastens the delivery of the dividends of democracy to the people, he highlighted that the needs analysis carried out by the legislature indicated that it was necessary to have another Immigration office in the state and the southeast generally was embraced by the executives and they did not relent in actualizing the project.

He added that as a legislator, a healthy relationship with the Service as the executives will further enhance productivity and yield progress.

The lawmaker stated that the project will undoubtedly develop the community in several ways as it will stimulate economic activities as well as human traffic and this has also strengthened his determination to ensure that the project was not just completed in due time regardless of bottlenecks but to see that operation begins as soon as possible.

While commending the department of works, contractor, and the Immigration Service for the success of this project, Rep. Kalu also commended the Governor of Abia State and the Commissioner for Environment for approving the use of the land without any delays irrespective of party affiliations.

‘That this project is here today was because he also assisted. We’re not of the same party but when it comes to governance, governance and democracy do not know the colours of our party flag, what it understands is the needs of the people and how you are able to interpret it and look for resources to bridge the gap.’  He said

He further thanked the Traditional rulers, for their constant support throughout the construction of the project especially in maintaining peace in the community,  adding that it is a confirmation that Bende constituents are very peaceful people and supporters of development.

Rep. Kalu further assured the Immigration officers of their safety and comfort in the community while listing plans for the expansion of the office.

I want to thank you for this cooperation and I want to assure you that I and the Traditional rulers who are here, will give you every assistance you will need to make sure your stay is comfortable.

I am looking beyond the picture of what has been built and that is why we have given you more lands. We want you to build your camp here, we want to issue passports here to reduce the crowd in other offices.

I have also attracted the N12.8bn Umuahia – Bende – Ohafia road will also pass through this road leading to the office.

The State Comptroller who was visibly delighted expressed gratitude to the Spokesperson for his reception and speech stating that he is truly encouraged by his passion to do more for the State, He appreciated the traditional rulers for their efforts and cooperation thus far, while expressing deep gratitude to the representative for his tenacity to ensure the success of the project.

I want to thank you personally for the fight you put in, you took the service to three different sites till we got a good place where you said we should build and since then you have continued to follow up. I think your people are lucky to have you.

The vision you have for that place will bring development to the community and we will fight with you to make it become a Area Office not just a Divisional Office to attract more facilities and with a person like you who has a good name in the House of Representatives, we are sure to make tremendous progress.

Also speaking was one of the Traditional rulers of Bende, Eze. Engr. Patrick Udeh who expressed joy and gratitude to the Representative and Immigration Officers for the completed project stated that this is the first time the Federal Government is making such a huge impact in Bende, he thanked God that he is alive at such a time to witness it.

Rep. Kalu, his entourage, and the Immigration officers proceeded to the facility for inspection. 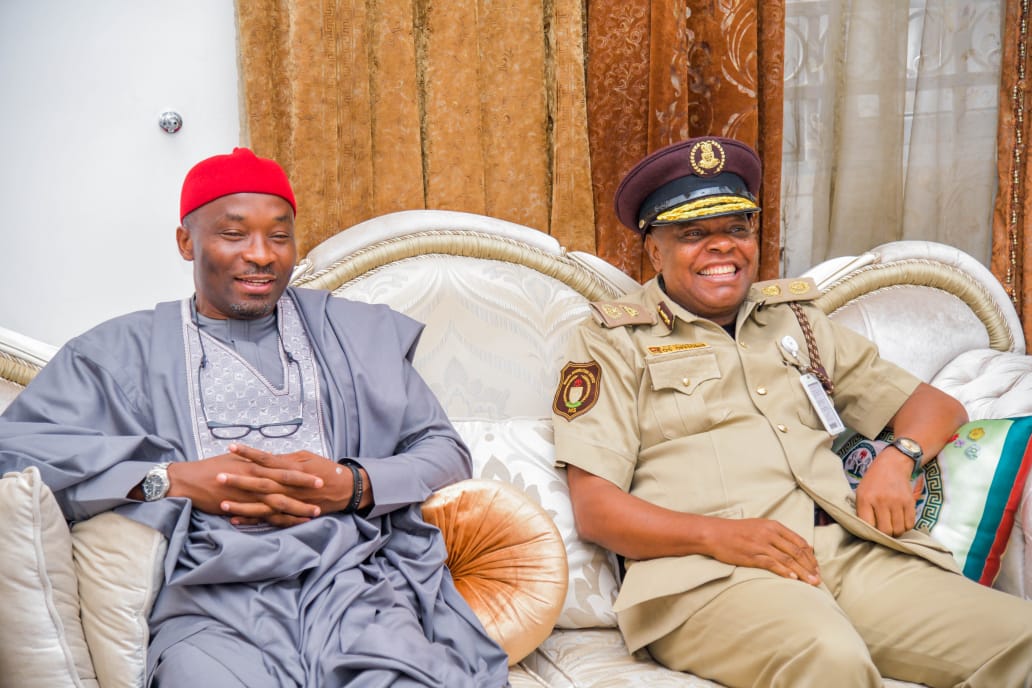 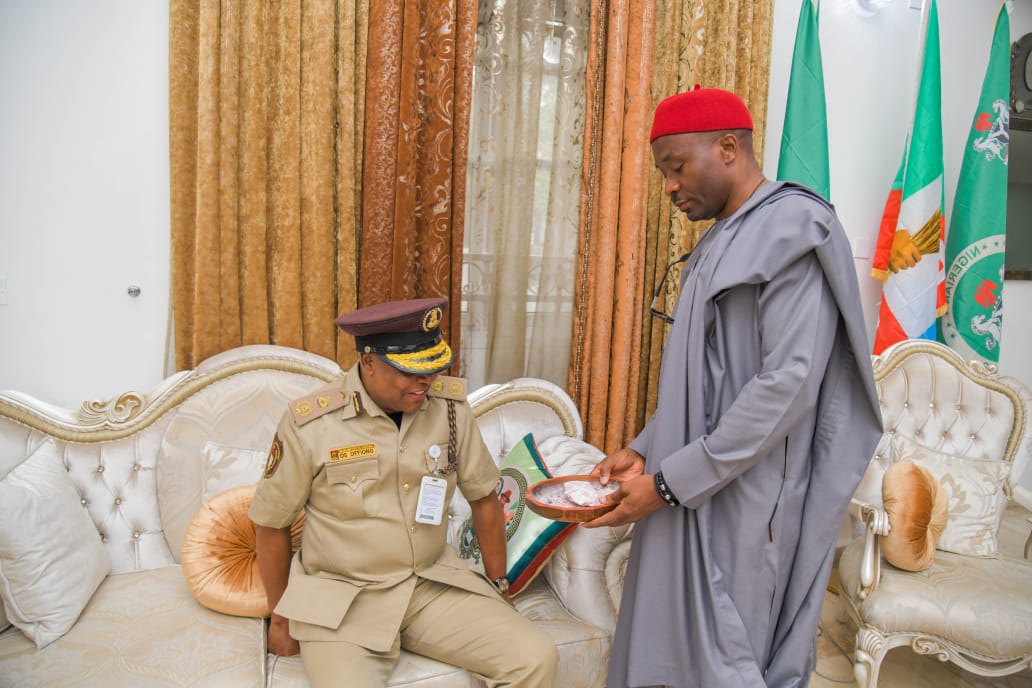 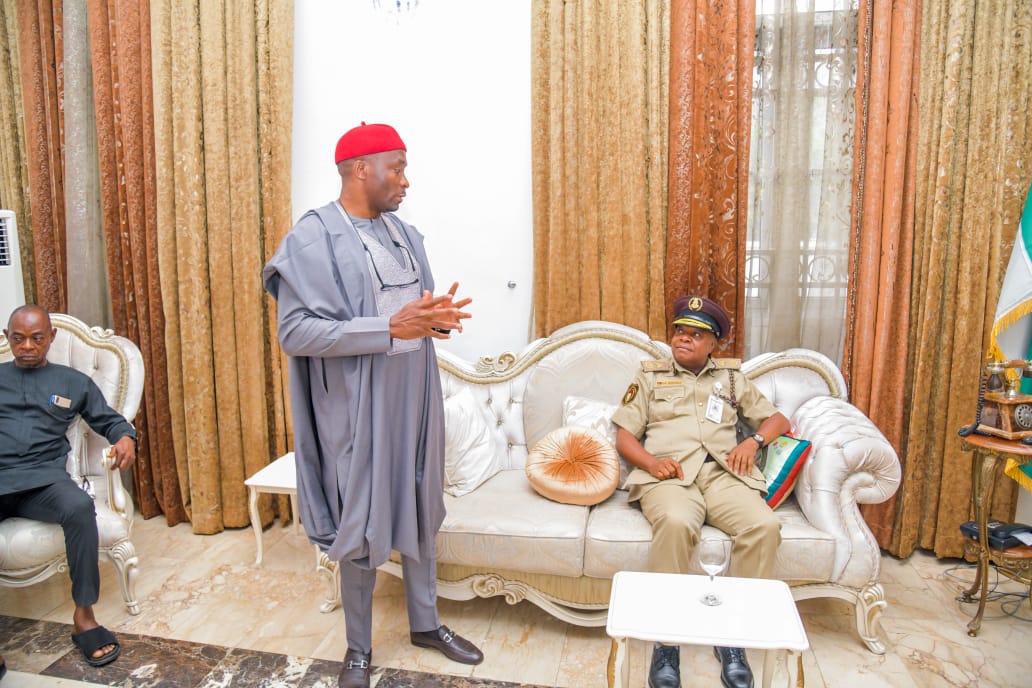 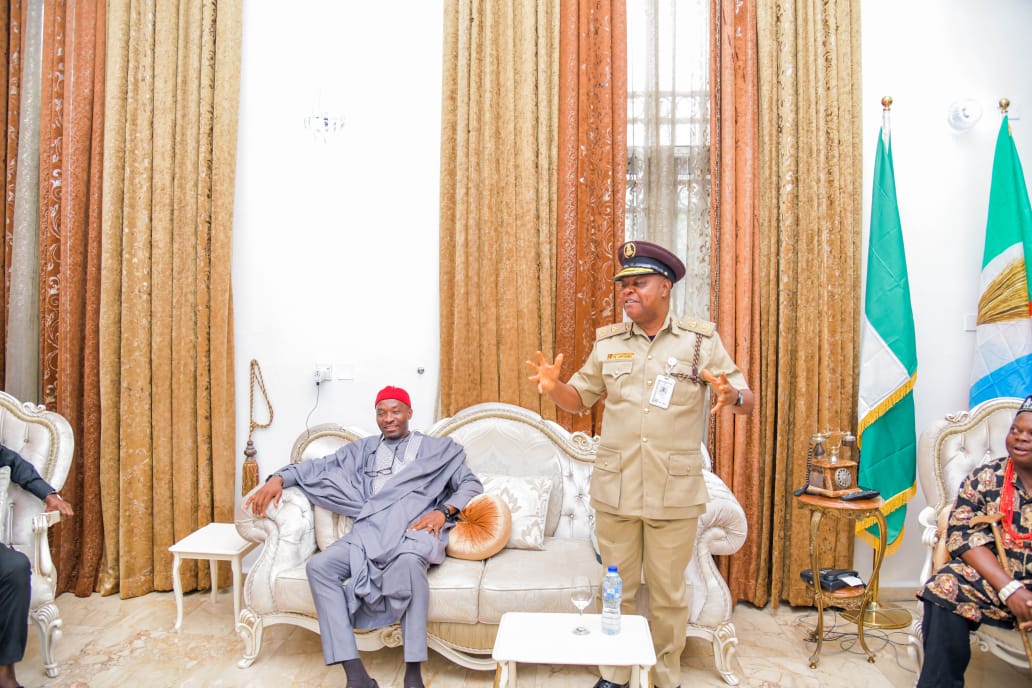 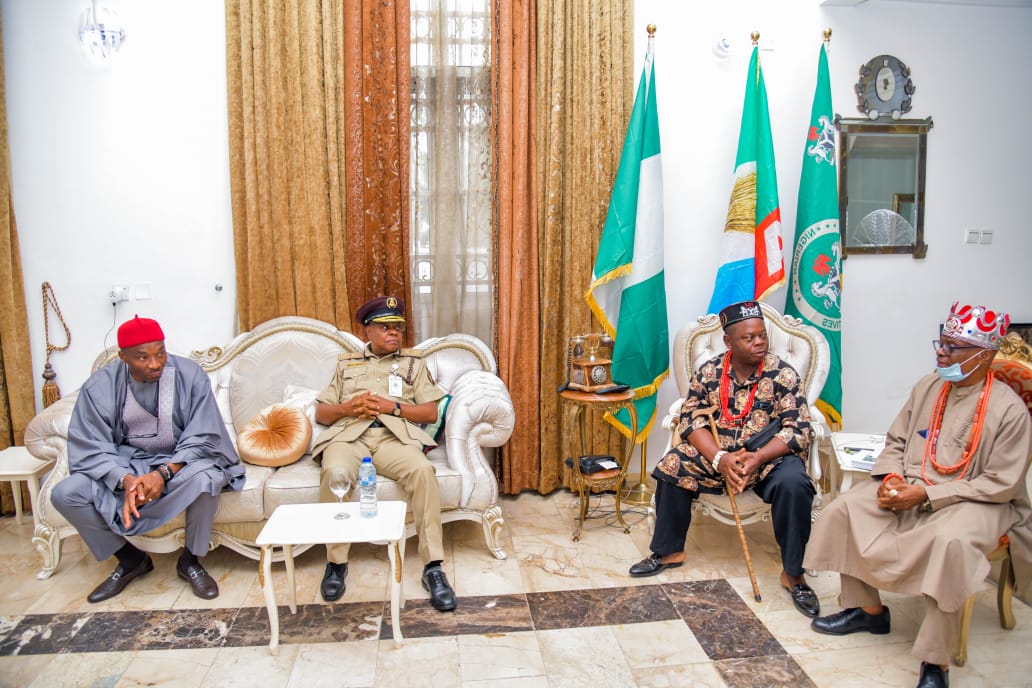 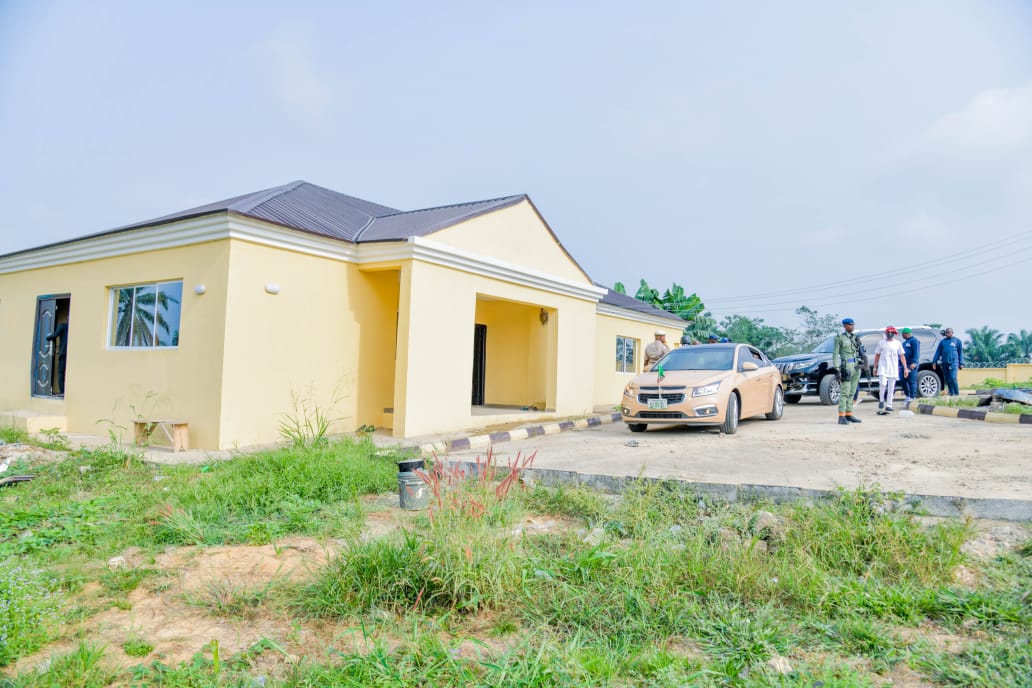 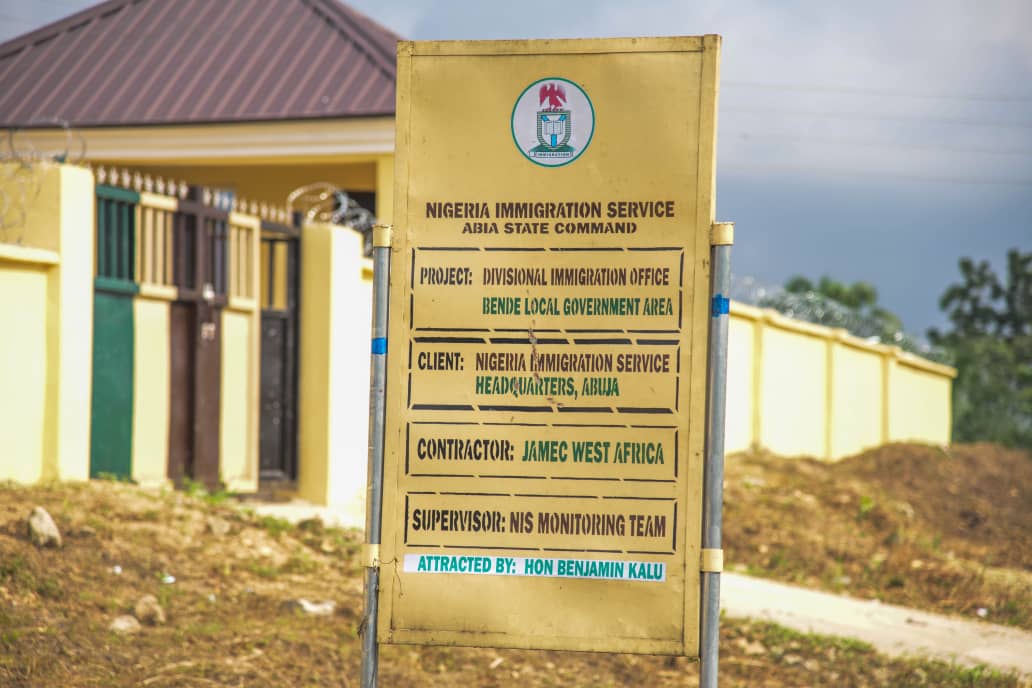 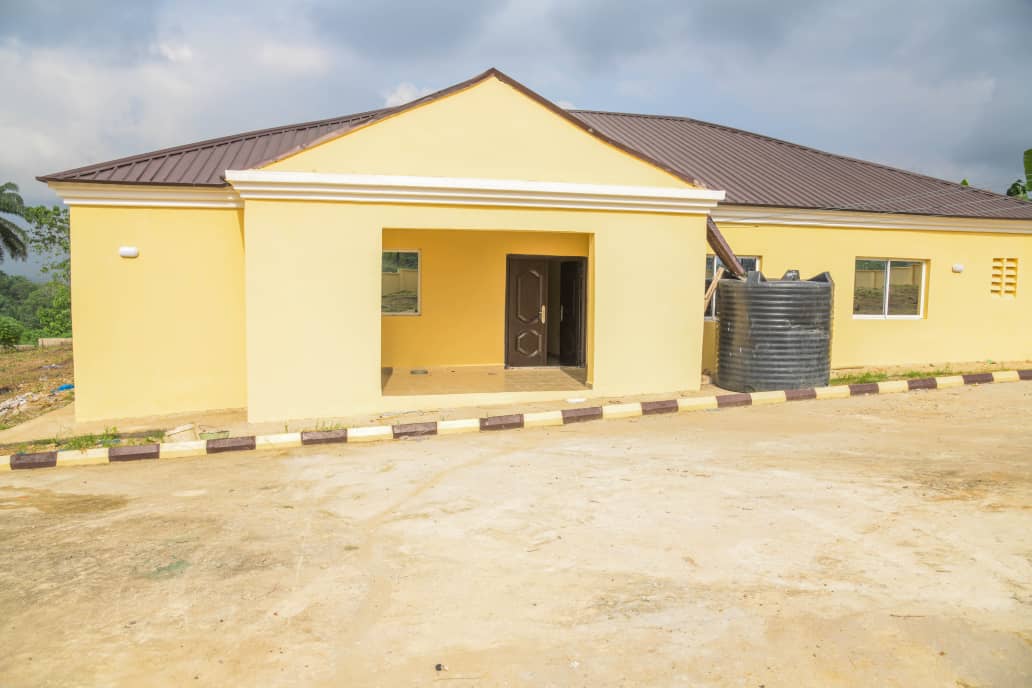 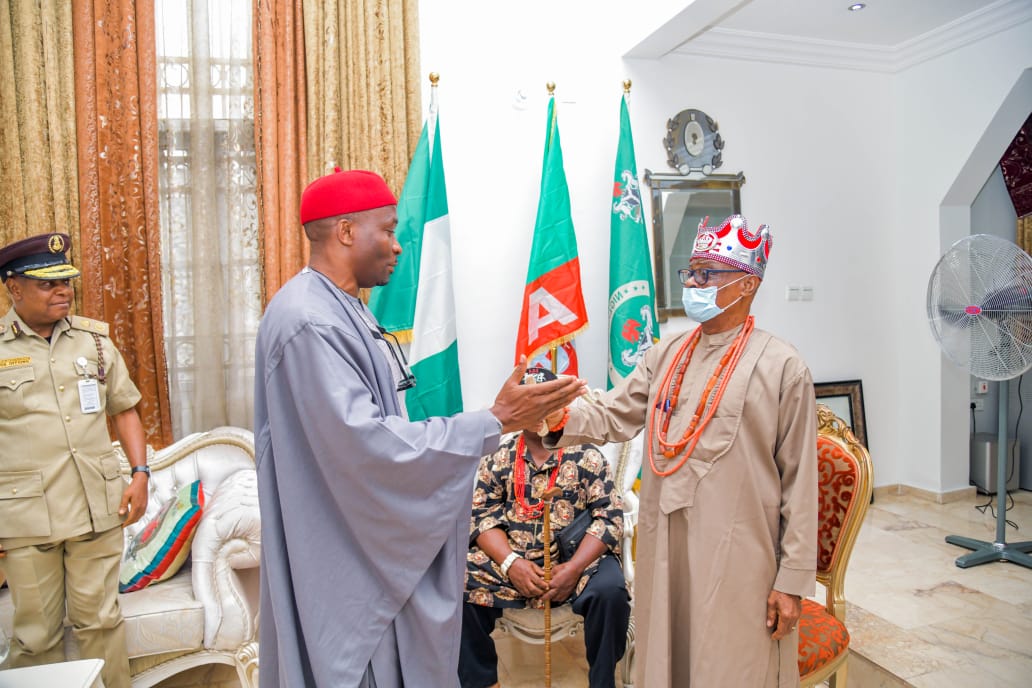 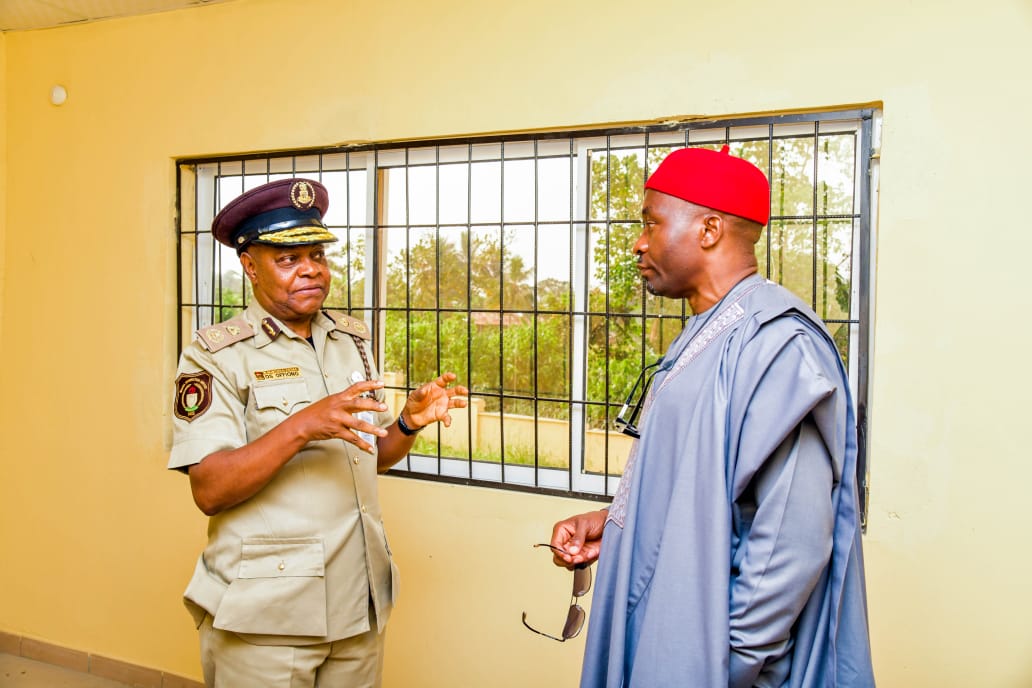 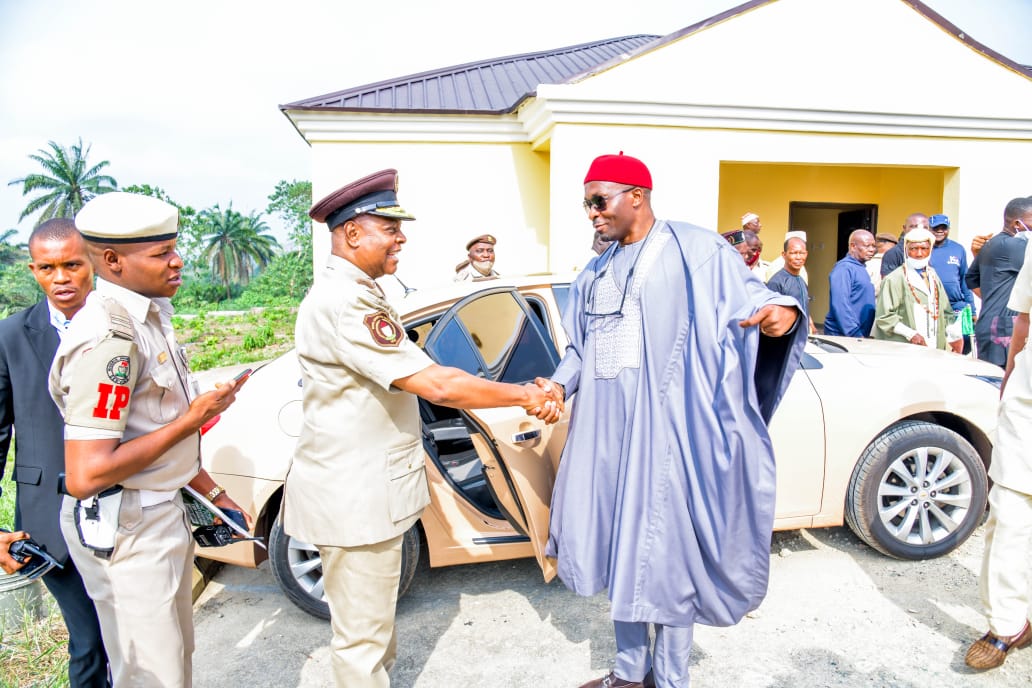