Abia State Law Students Association (ALSA) Honors Rep. Benjamin Kalu with an Award of Excellence as a Beacon of Hope.

by Drum Africa Correspondent
in Uncategorized
60
0

The member representing Bende Federal Constituency and the Spokesperson of the house, Rep. Benjamin Kalu was presented with an award of Excellence as a ‘Beacon of Hope’ by the Abia State Law Students Association, in recognition of his remarkable personality and support towards the development of justice and growth of law students across Nigeria on Friday, November 26th, 2021 at his country home in Bende.

Speaking on behalf of the Association, the President, Mr. Nwakor stated that they have carefully followed the representative since his resumption to office and have seen his quality representation through his exemplary leadership and remarkable personality. He also added that the law maker is one of the few leaders in the political sphere who inspire youths through his lifestyle especially the way effectively delivers in his duties not just as a representative but also the image maker of the House.

He emphasized that they have been truly inspired by the honorable member which has prompted their collective decision as an association to present him with the award as a Beacon of Hope, one who they always look up to especially as young lawyers on the journey to understanding the profession as well as other areas of life.

He also seized the opportunity to invite the representative as a speaker to their annual town hall meeting set to hold on the 18th of December, 2021.

Rep. Kalu who was impressed by the delivery of the leader of the delegation in his response appreciated the students for coming to pay him a courtesy visit at his country home.
Receiving the award, the lawmaker expressed gratitude to the students for such a thoughtful gesture adding that this is one of many unexpected awards he has received this season.

He recounted his journey as a lawyer and the many opportunities he has explored, urging the students to be strategic lawyers who will be open to diversify in different sectors of the society, highlighting that he is an advocate of lawyers being innovative with the profession rather than restricting themselves.

The law maker assured the students of his support for the upcoming town hall meeting and encouraged them to continue in this noble path as this is one that guarantees greatness in leadership. 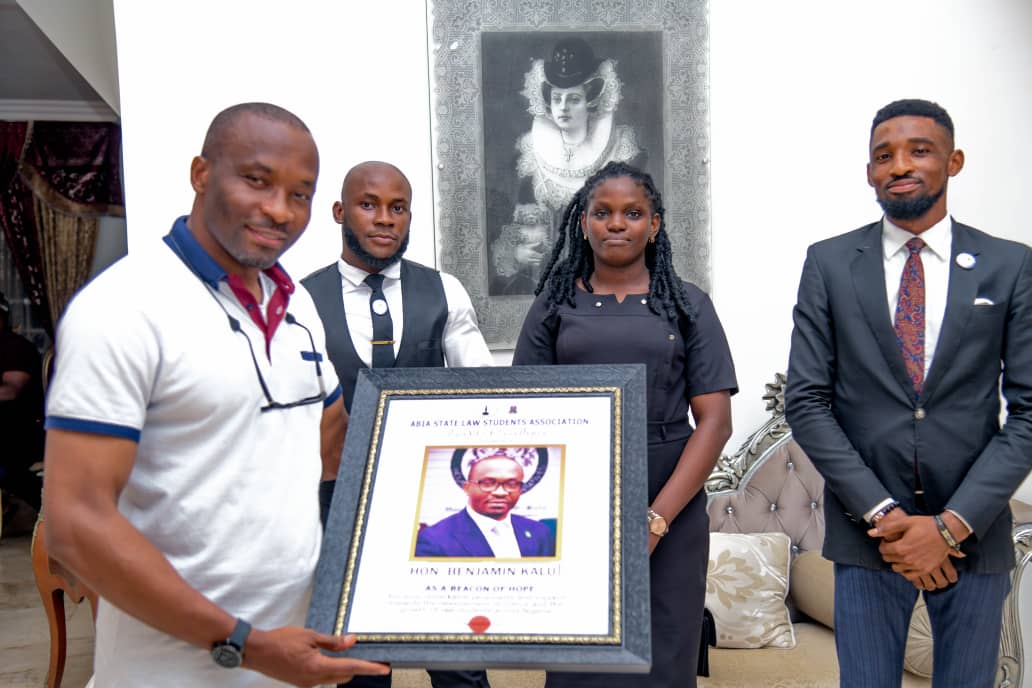 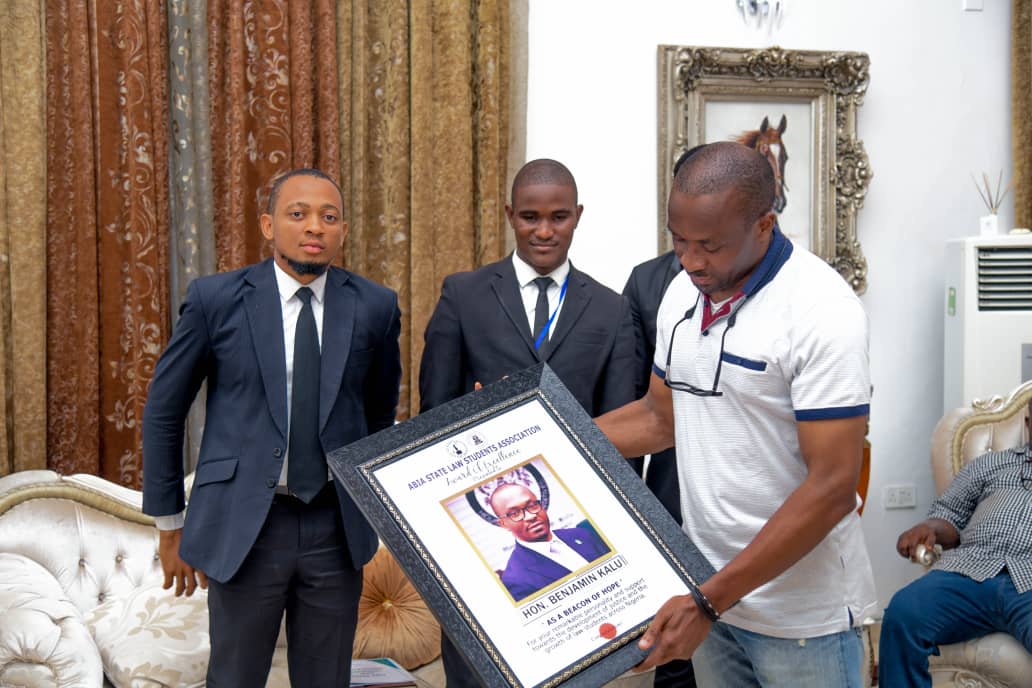 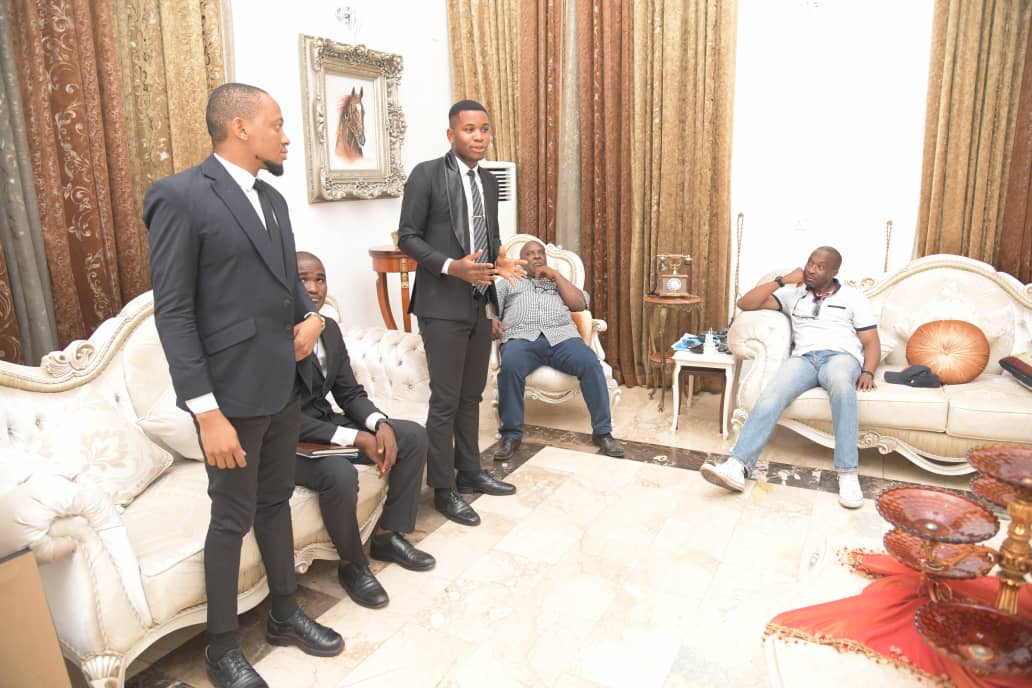 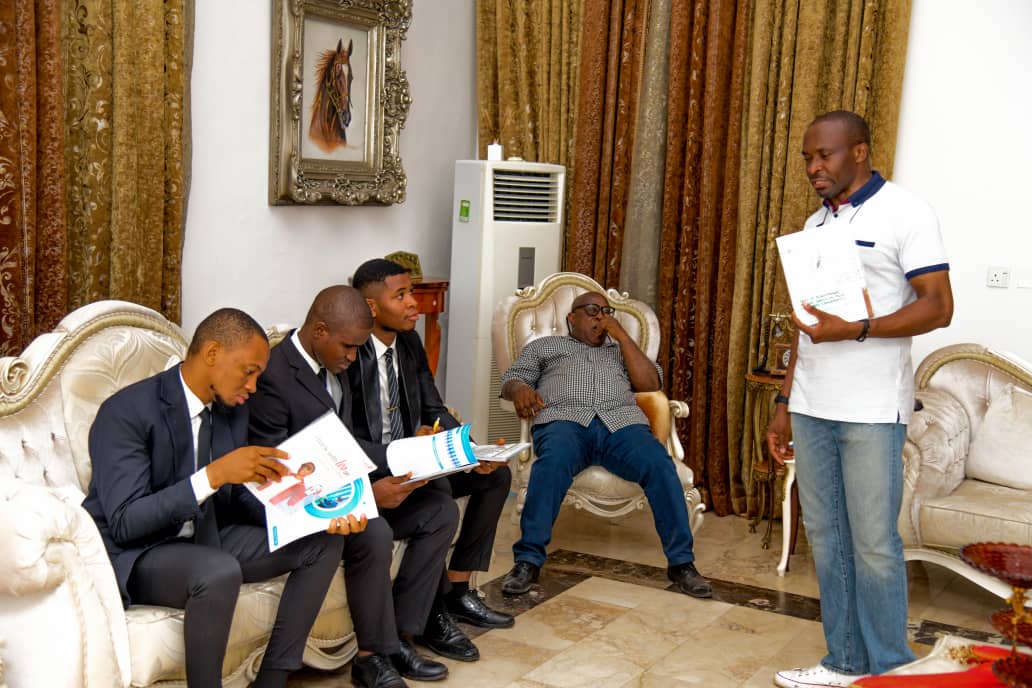 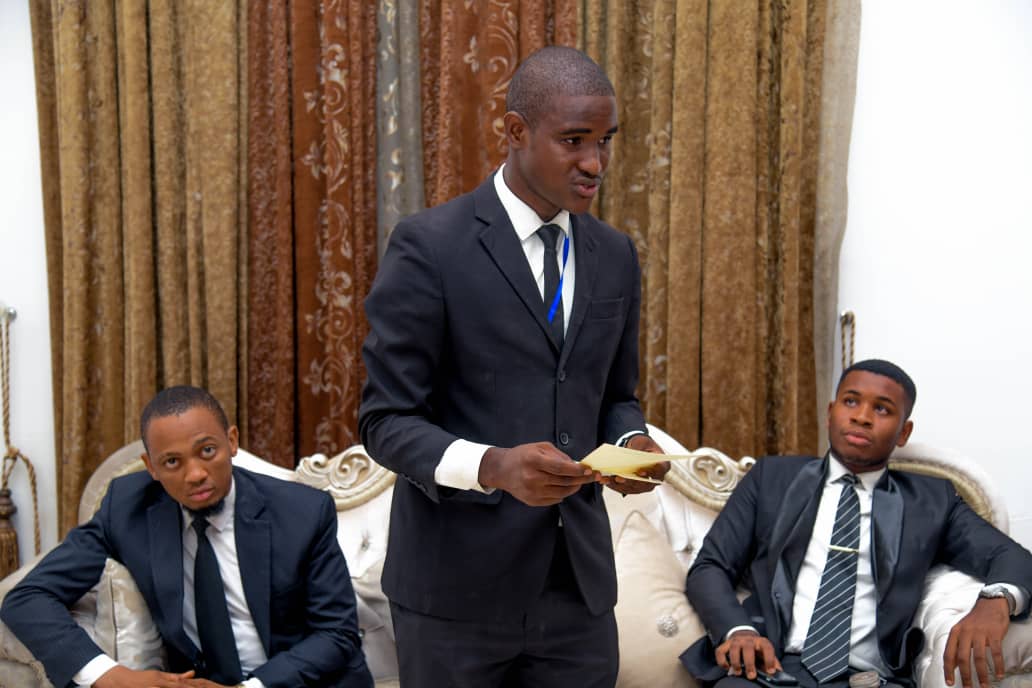 Millions of naira worth of medical supplies to all Healthcare Centers in Bende by Rep. Benjamin Kalu

Rep. Benjamin Kalu set to rescue students who cross a Bamboo bridge to go to school in Bende Federal Constituency.

Rep. Benjamin Kalu set to rescue students who cross a Bamboo bridge to go to school in Bende Federal Constituency.