The member representing Bende Federal Constituency and Spokesperson of the House, Rep. Benjamin Kalu has been awarded by the Independent Newspapers as the South-East Federal Lawmaker of the Year in Nation Building and the Abia State Federal Lawmaker of the Year at the Annual Independent Nigerian Parliamentary Excellence Awards held on the 17th of November at Sheraton Hotel, Abuja.

The award which is aimed at recognizing and celebrating parliamentarians who have excelled in projects and programmes aimed at touching lives and changing the society positively was presented to the lawmaker by the organizers who applauded the work he has done in his parliament and constituency within the past two years.

Rep. Kalu who was unavoidably absent at the award ceremony received the award at his office in the National Assembly complex. While receiving the award, He expressed his appreciation to the organizers for finding him worthy to be recognized with those categories of awards.

The lawmaker assured them of his commitment to continue serving not just the people who have elected him but the nation in general as this is the utmost priority at the National Assembly. He dedicated the award to the good people of Bende Federal Constituency who gave him the mandate of service and promised to continue to represent them effectively while bringing home the dividends of democracy. 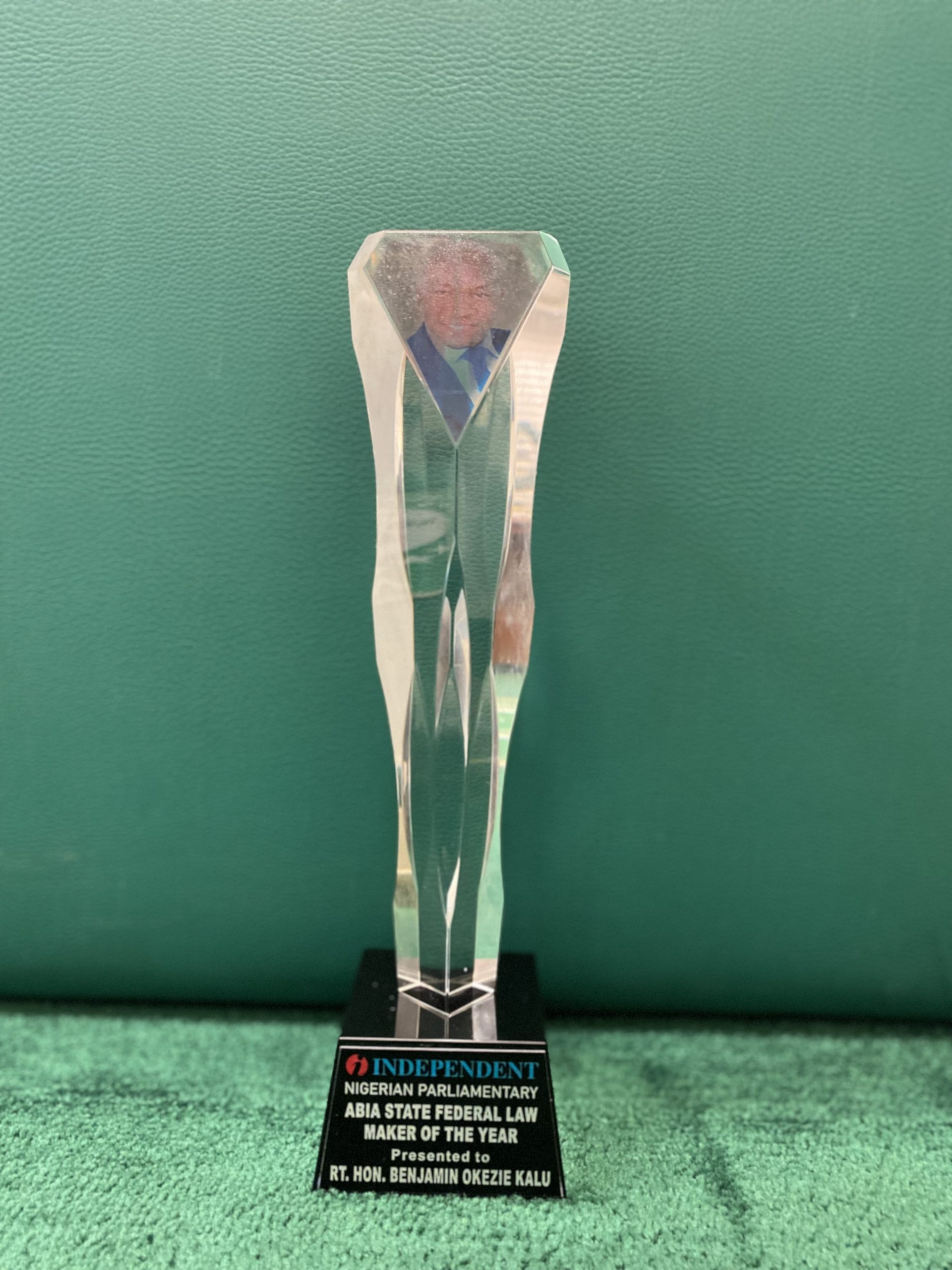 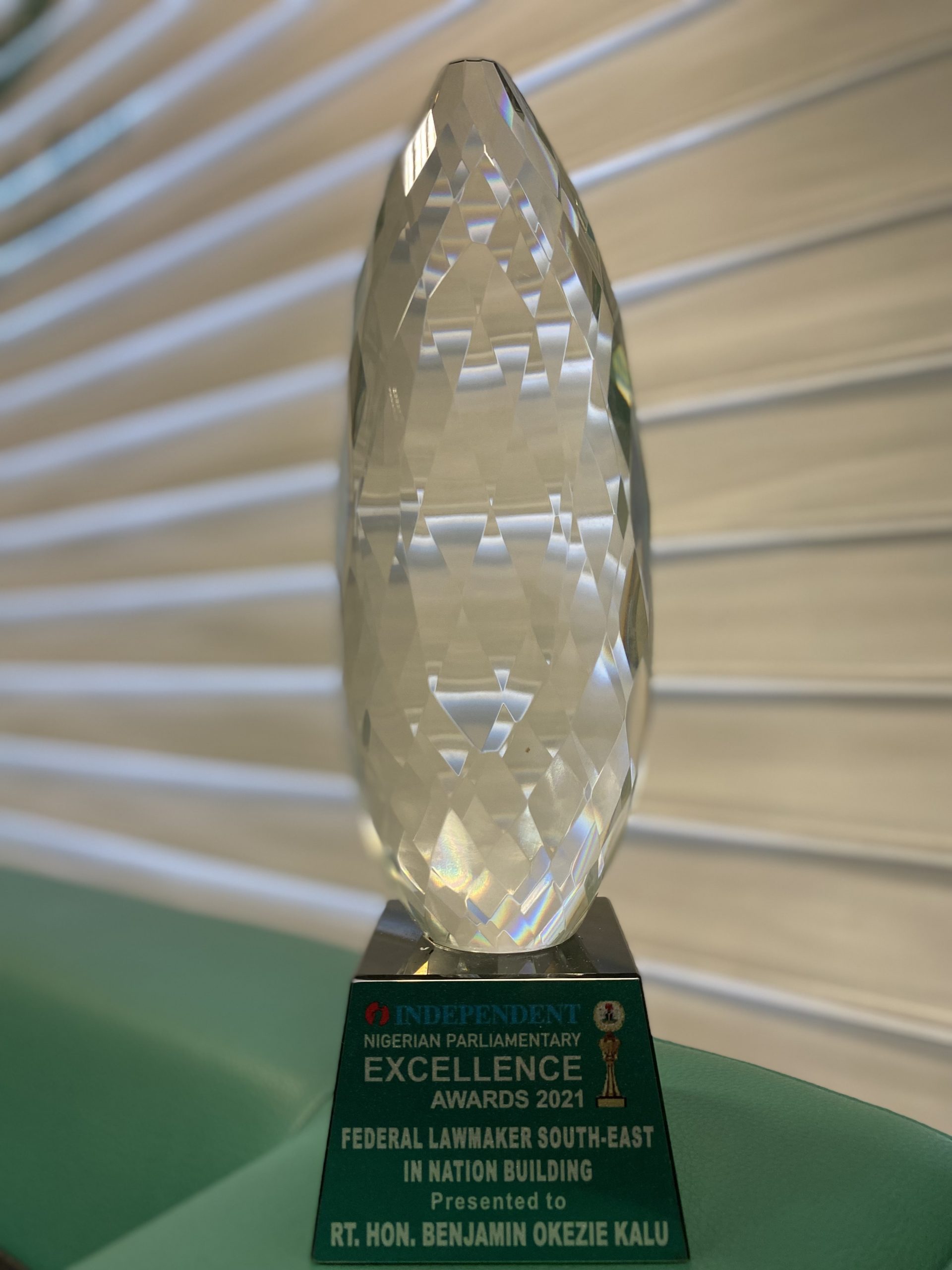 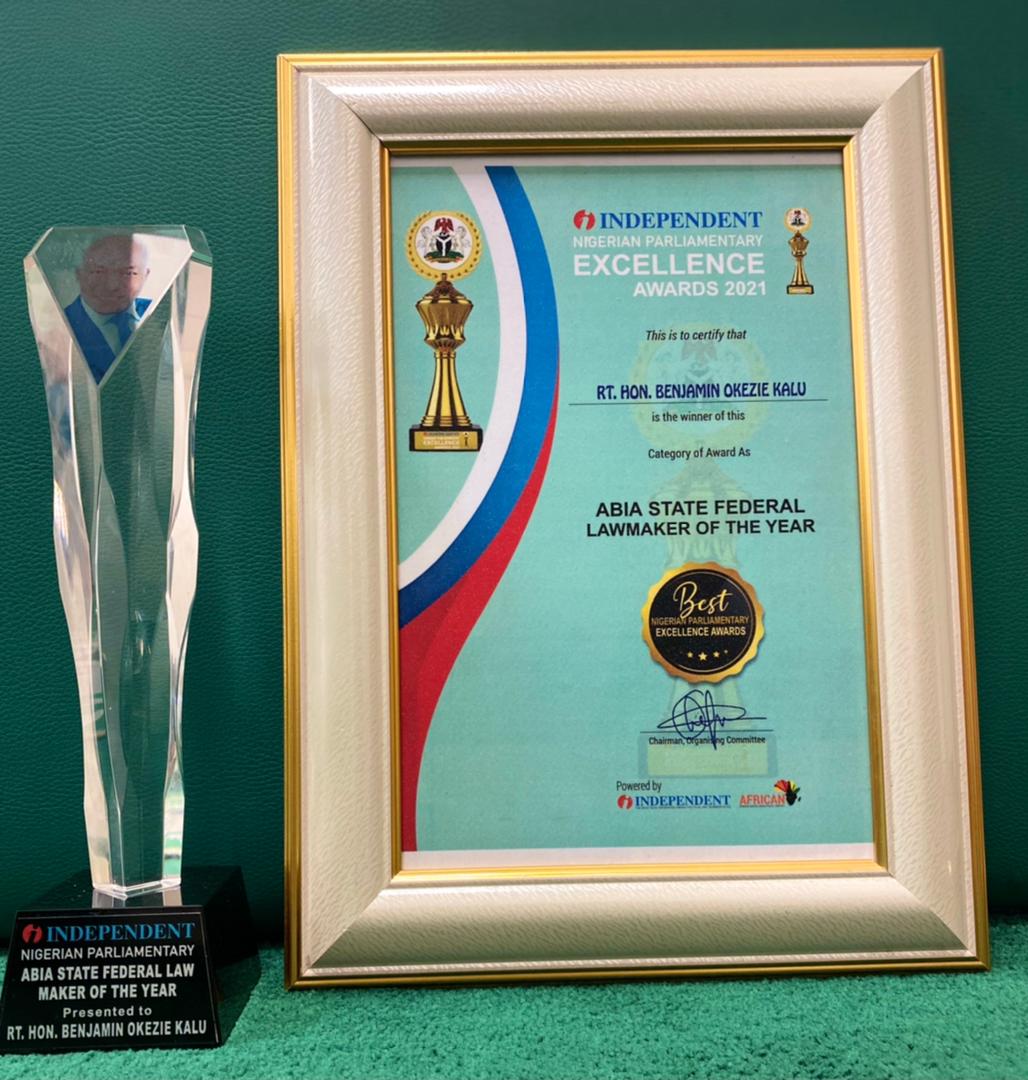 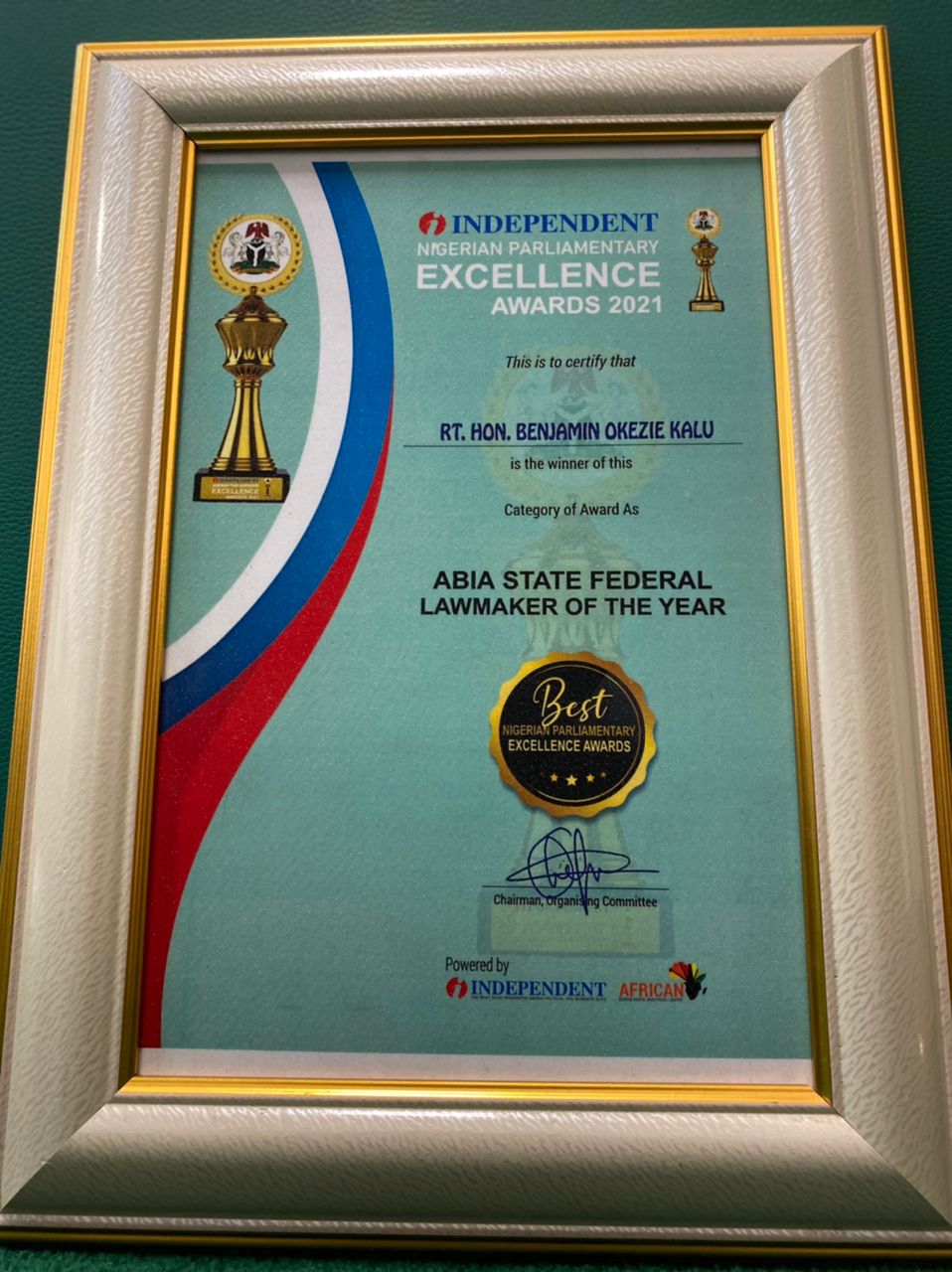 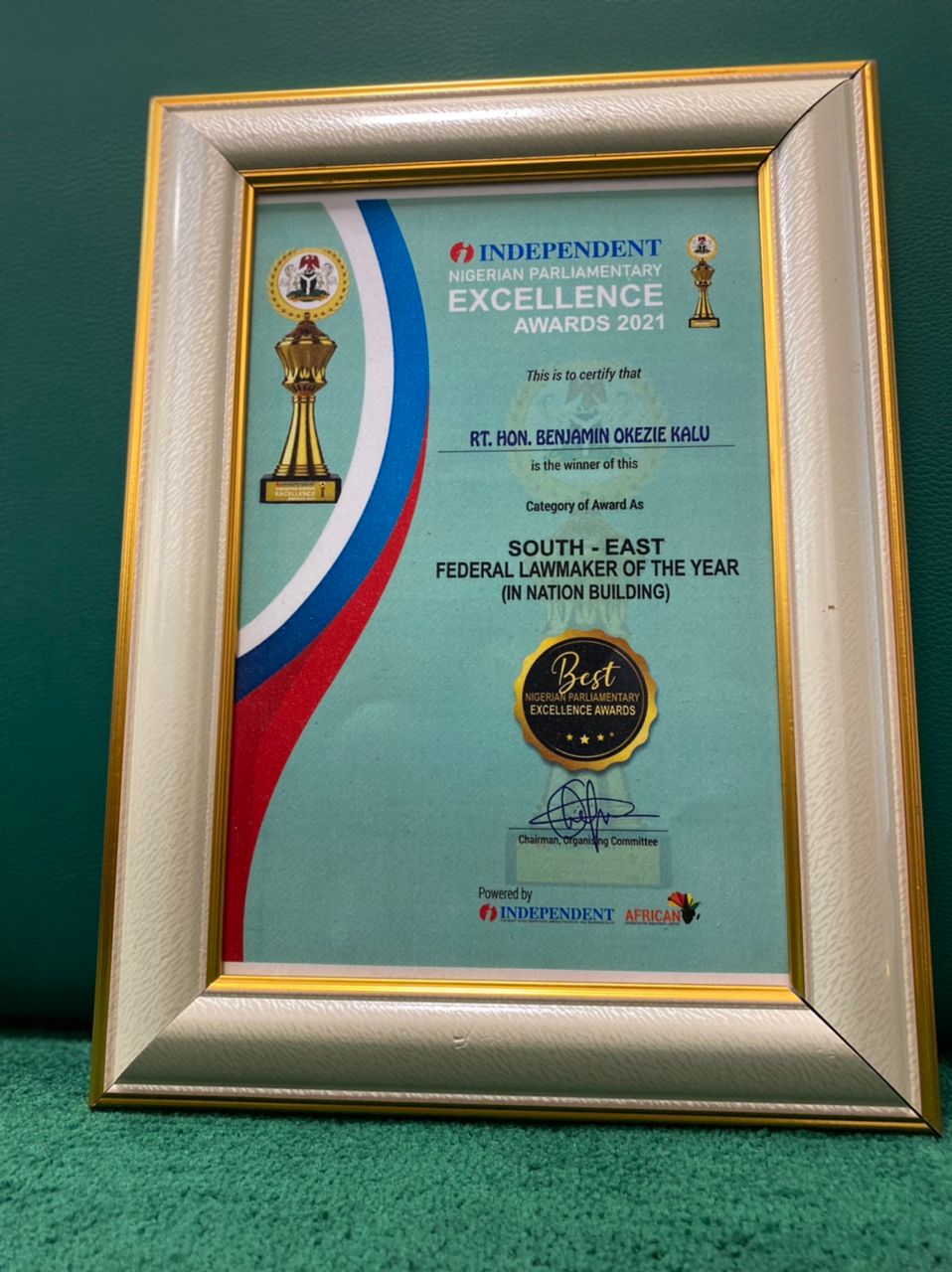 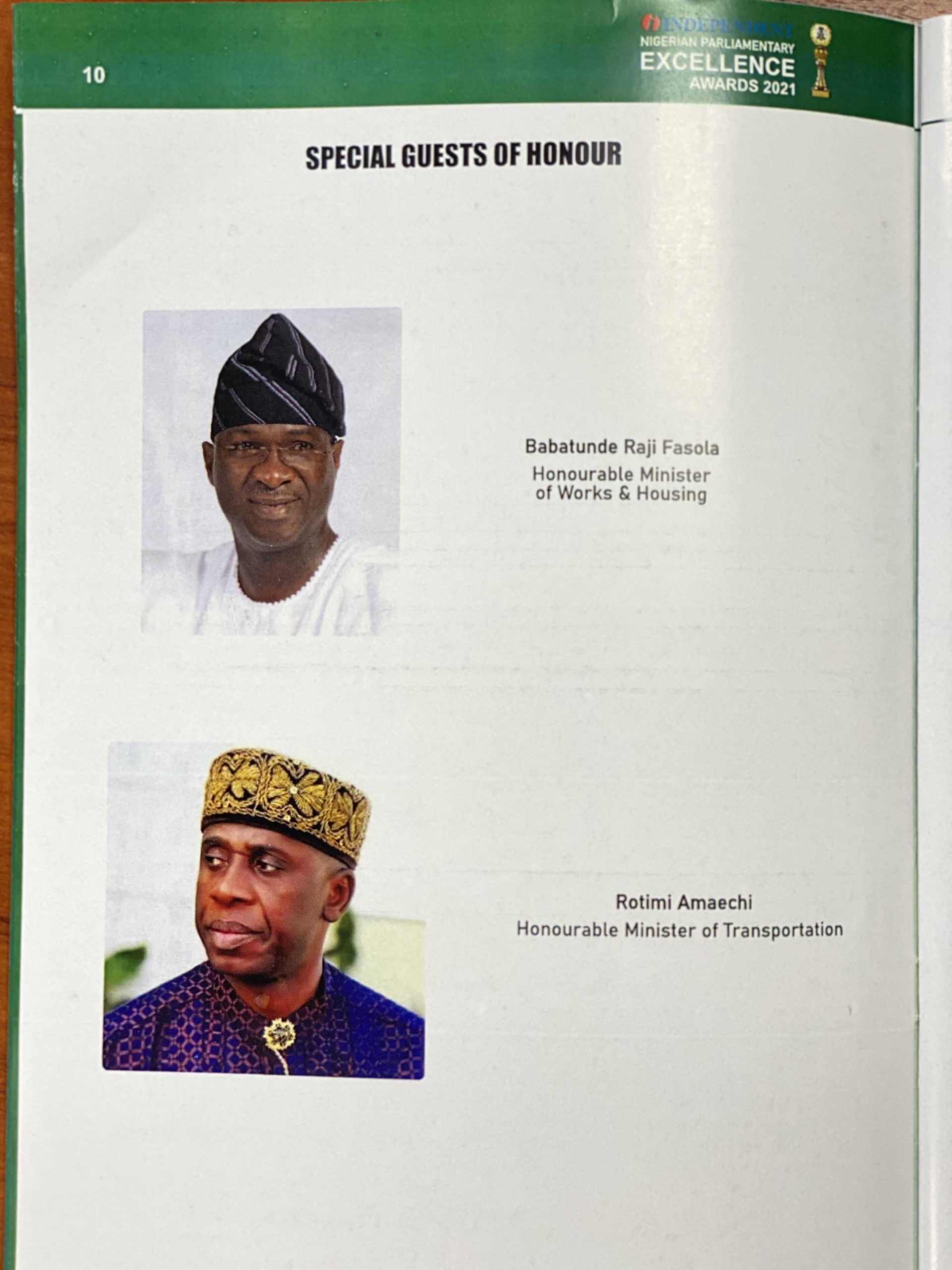 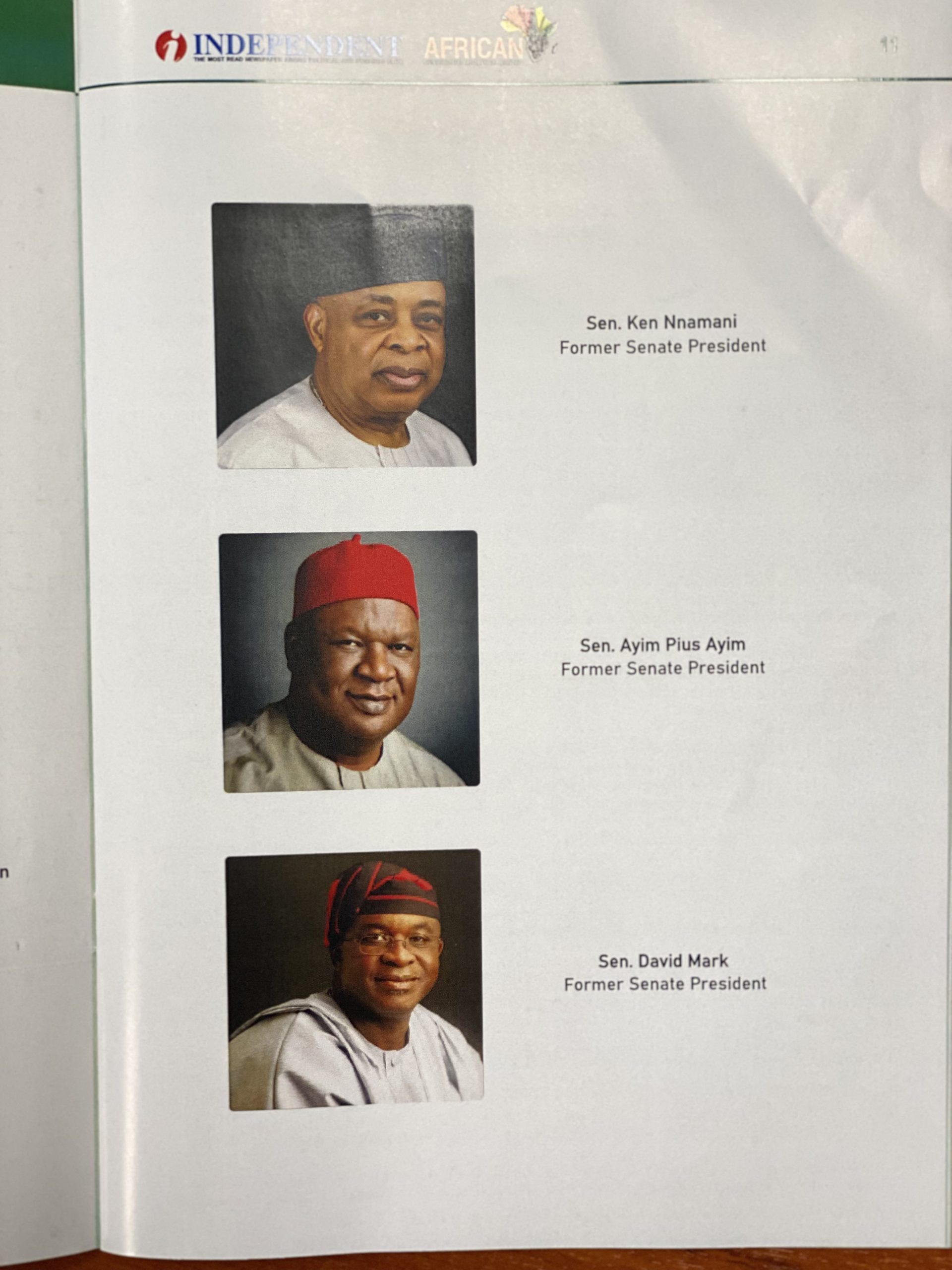