The ceremony which is an annual event held in honour of the late Rt. hon. Dr. Nnamdi Azikiwe for his efforts in putting Nsukka on the global map, particularly siting the first Indigenous University of Nigeria in Nsukka which has served as a catalyst for economic, intellectual and socio-political development to Nsukka and the Nation at large. It’s also to mark his PostHumous Birthday which is the 16th of November.

Speaking to a Drum news correspondent, the Spokesperson expressed his gratitude on this significant recognition stating that it is a testament to the efforts he is making in bridging the gap between the citizens and the National Assembly.

‘I am delighted that my efforts in trying to bridge the communication gap between the people and the parliament has also been recognized by the organizers of this great award ceremony in honour of the legend, one of the greatest igbo men that lived. This shows that we are making visible effort in educating the citizens through our civic engagement, little wonder the integrity and confidence of the National Assembly is on the rise.  This is the duty of the Media and Public affairs Committee, to educate the citizens through various sectoral engagement. We have organized one for the Health sector, we will continue with Agriculture, education, security etc.

He further thanked the organizers of the award while dedicating it to the Speaker and the people of Bende. He said;

‘I thank the organizers of this award and I am willing to work with them to ensure that what the late Dr. Nnamdi Azikiwe stood for which led him to opening “The Pilot” newspapers will be maintained to increase cohesion and loyalty in the unity of our nation, Nigeria.

I am happy to be recognized and I dedicate this Award to the Speaker, House of Representatives, Rep. Femi Gbajabiamila who believes in nation building as a joint task and the good people of Bende Federal Constituency.’

Rep. Kalu recalled that the late Nnamdi Azikiwe who also had the name ‘Benjamin’ while in the House of Representatives was an epitome of Unity and Peace who also put the citizens first through civic engagement.

The award was received by Dr. Chidozie Ajah, the Senior Legislative Aide to Rep. Benjamin Kalu who represented him at the event. 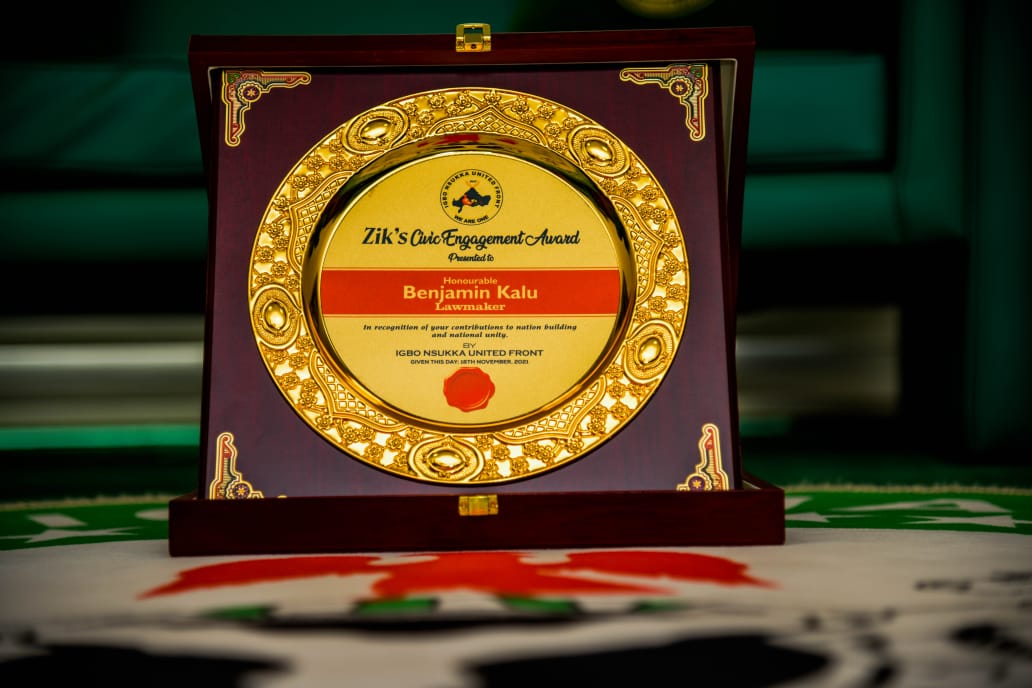 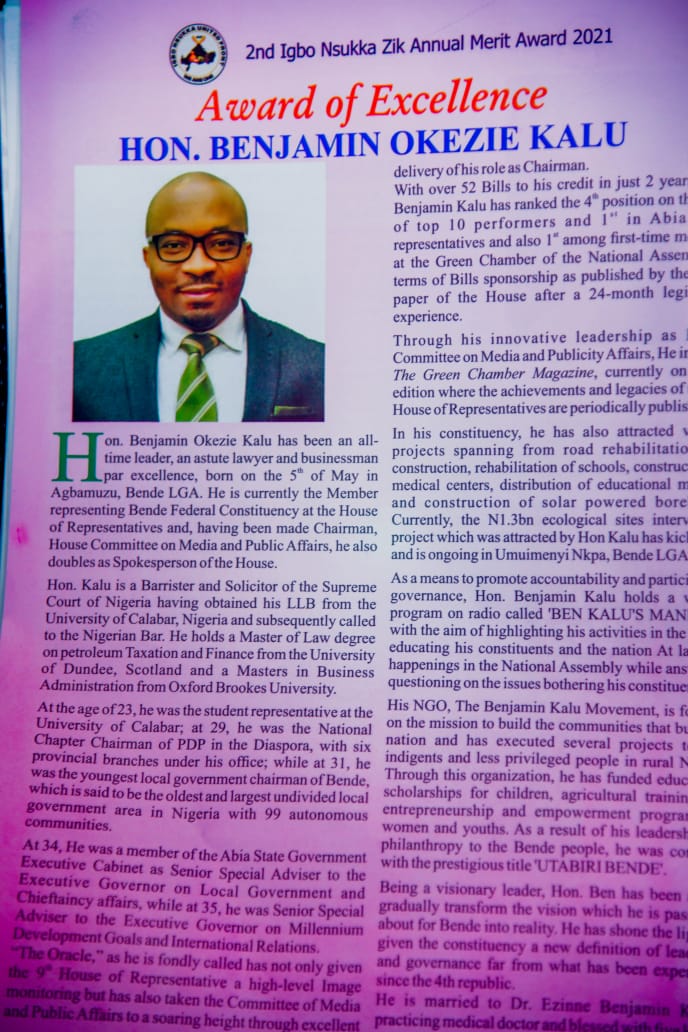 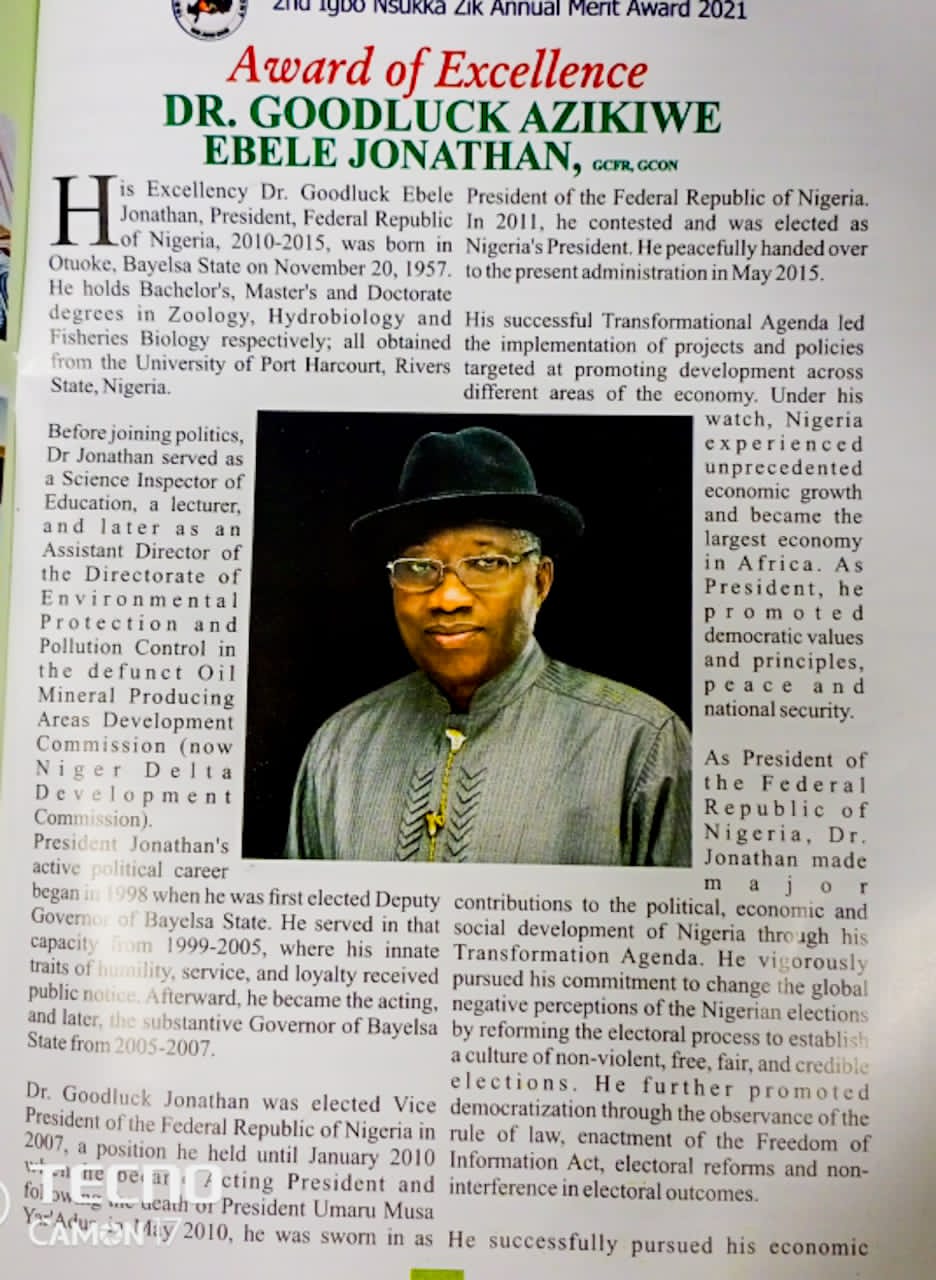 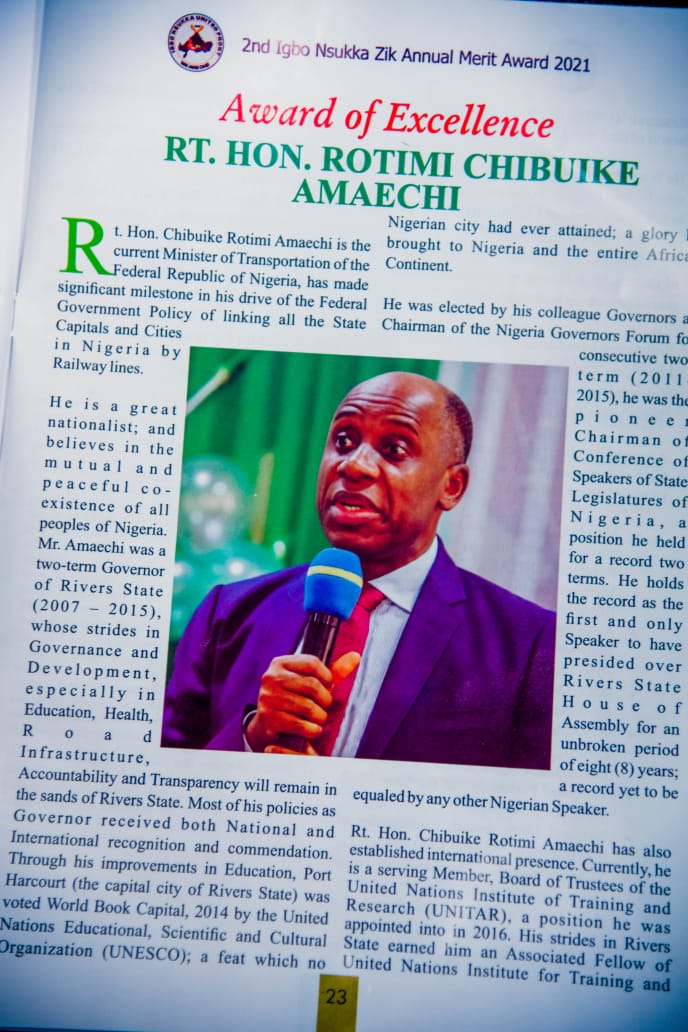 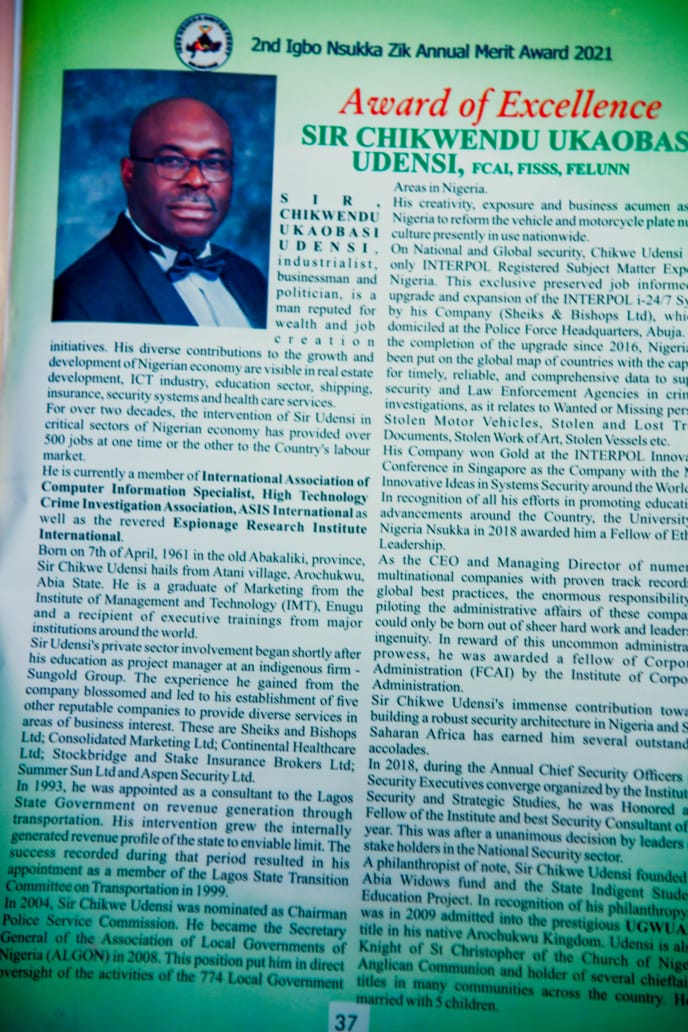 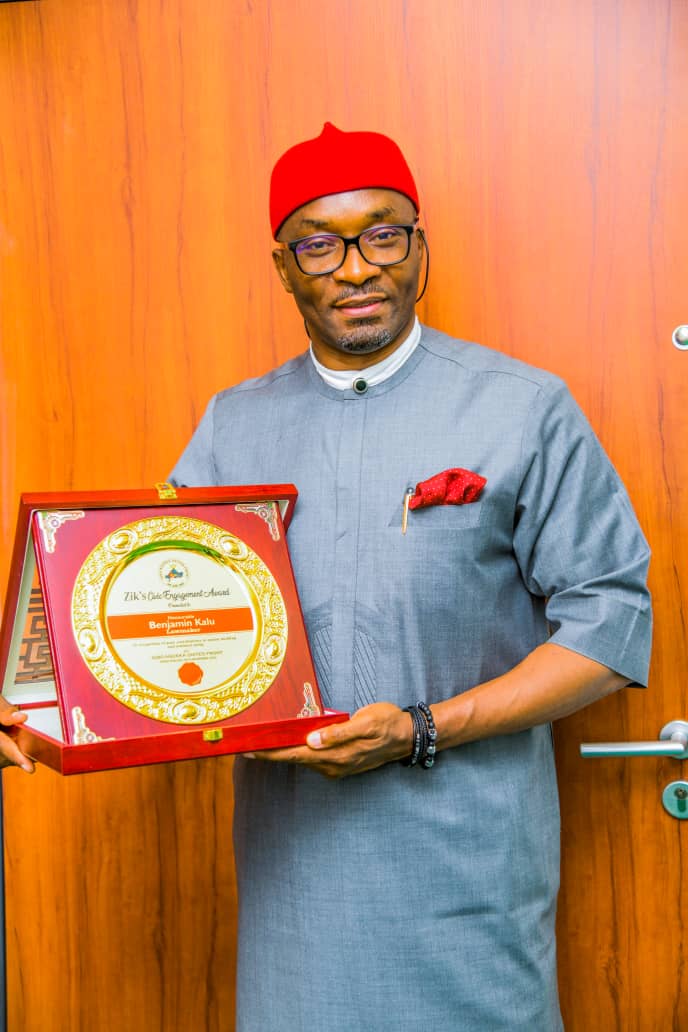 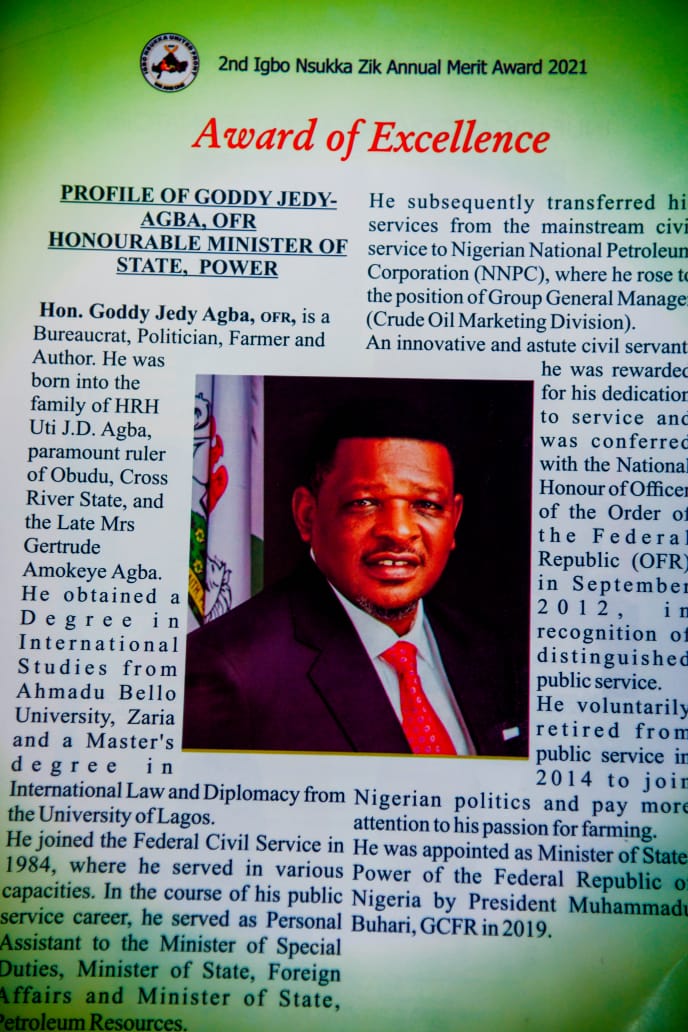 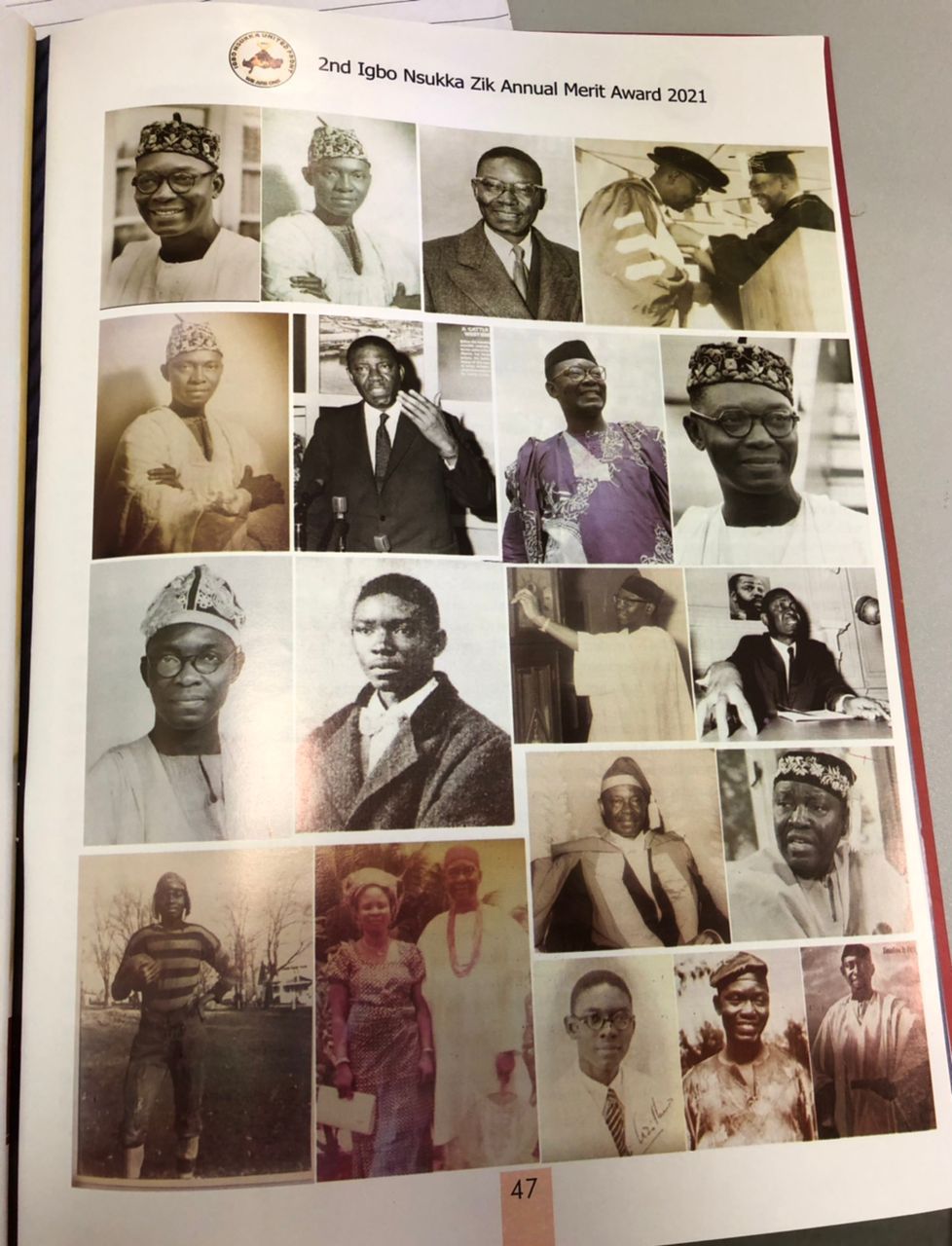