Konrad Adenauer Stiftung and Premium Times Center for Legislative Journalism partners with the House Committee on Media and Public Affairs for a two-day capacity building workshop for the press corps.

The House of Representatives Committee on Media and Public Affairs in partnership with the Premium Times Center for Legislative Journalism, National Institute of Legislative and Democratic Studies (NILDS) and the Konrad Adenauer Stifung (KAS) for a two-day capacity building training for the members of the press corps held on the 11th and 12th of October 2021 at Fraser Suites, CBD Abuja.

Speaking in his welcome address, the Representative of the Konrad Adenauer Stifung, Dr. Vladimir Kreck highlighted the importance of the workshop to enhance the capacity of journalists in the House of Representatives adding that the media is a very crucial part of democracy. He further stated that the organization is open to partnerships that support the enhancement of democracy of the nation.

The Chairman, House Committee on Media and Public Affairs, Rep Benjamin Kalu in his speech emphasized on the importance of the press in a democratic society as the fourth estate of the realm, adding that it is paramount that press corps are equipped with the  capacity to ensure that they deliver competent information dissemination without biases, propaganda, fake news and media vices are detrimental to the press’ role in national development.

He highlighted that the training marks a fulfillment of one key item in the work plan of the Committee on the Media and Public under his leadership, in addition to many other achievements in the past and the ones yet to come. He said;

‘Of a truth, the press corps of the House of Representatives has, under its current leadership, done a fair job of informing the public on the activities of the legislature. However, as with all things in life, there is always room for improvement. Therefore, today, recognizing the importance of the press in our nascent democracy and nation building, this workshop has been organized to build the capacity of the press corps of the House of Representatives. It marks the fulfilment of a key item in the workplan of the Committee on Media and Public Affairs under my leadership.’

Also delivering a welcome address was the Speaker, House of Representatives, Rep. Femi Gbajabiamila who was ably represented by  the Deputy Chief Whip of the House, Rep. Nkeiru Onyejeocha.

While acknowledging the House Committee on Media and Public Affairs, the Konrad Adenauer Stflung and the National Institute of Legislative and Democratic Studies (NILDS) stated that he is very impressed with the topics to be discussed during the workshop adding that it is very time and expedient. He encouraged the Press corps members to embrace this opportunity to develop themselves professionally, open up their minds to new ideas, interact freely with the facilitators

He expressed confidence in the resource persons who will be facilitating the various sessions stating that he is not in doubt that they will leave the symposium as better journalists.

The Minority leader of the House, Hon. Ndudi Elumelu was also present to welcome the participants for the workshop assuring them of his support as they continue to deliver effectively.

The training officially commenced with the session by Prof. Offodile Amucheazi gave a lecture on the topic ‘Understanding Powers of the Nigeria Legislature and Role of Media in Promoting Rule of Law’ followed by other facilitators.

Address by the Spokesperson, House of Representatives.

A welcome address presented by Rep. Benjamin Okezie Kalu, Spokesperson of the House of Representatives and Chairman of the House Committee on Media and Public Affairs October 10, 2021.

With the explicit capacity of advocacy and the implicit capacity to frame political issues, the press is a vital component of our democracy. Thomas Jefferson famously said “the price of democracy is eternal vigilance”. His statement rationalizes the intent of the Constitution of the Federal Republic of Nigeria where in Section 22, it enshrined the press as gatekeepers of public issues, the fourth estate of the realm, to provide checks and balances to the three branches of government.

In the third century B.C., Emperor Qin, founder of the first unified Chinese state saw the control of ideas as fundamental to his state building efforts. He therefore ordered all persons possessing literature and transcribed philosophical discussion to destroy them; going ahead to slaughter those who resisted. Over 2000 years later, 3rd American president, Thomas Jefferson, famously said, “If I had to choose between government without newspapers, and newspapers without government, I wouldn’t hesitate to choose the latter”.

The contrasting views of the above leaders, however divergent, have a common denominator; they confirm that there is an intrinsic relationship between power and communication and that the press is at the centre of a successful governance.

Unlike Emperor Qin, this 9th House of Representatives embraces the press, understands the press and is rooting for a press that is unbiased, objective and professional in executing its constitutional mandate, because, only through the preservation of an efficient press can we nurture our nascent democracy into a thriving one.

Over the past two decades, the reputation of the Nigerian legislature has been shrouded in controversy, with many citizens sceptical of the role of the Nigerian Legislature in national development. Many Nigerians hold the view that the legislature has not shown a significant and genuine commitment to the social, economic and political wellbeing of the country. This undesirable reputation can be attributed to an acute lack of understanding of the workings and role of the legislature in our national development. It is also due to a deficit in press coverage and reportage of activities of the House.

Of a truth, the press corps of the House of Representatives has, under its current leadership, done a fair job of informing the public on the activities of the legislature. However, as with all things in life, there is always room for improvement. Therefore, today, recognizing the importance of the press in our nascent democracy and nation building, this workshop has been organized to build the capacity of the press corps of the House of Representatives. It marks the fulfilment of a key item in the workplan of the Committee on Media and Public Affairs under my leadership.

This event benefits not only the press corps of the House of Representatives, but also the legislature as the fulcrum of our democracy, and indeed the entire Nigeria. It is my expectation that by the end of this 2-day capacity building workshop, the press corps would be empowered with improved skills for responsible, ethical, efficient and holistic reporting of the activities of the House.

I am grateful to Konrad Adenauer Stiftung (KAS) and the National Institute for Legislative and Democratic Studies (NILDS) for their partnership on this project. I also appreciate the Resident Representative of KAS, Dr. Vladimir Kreck and the Director-General of NILDS, Prof. Abubakar Sulaiman for their support in this event- a clear indication that they understand some of the perception challenges faced by the legislature and the important roles that the press has to play in addressing them.

As mentioned earlier, the 9th House of Representatives continues to stand for freedom of speech, recognizes the value of the fourth estate of the realm to our democracy, especially in times like this, and remains committed to protecting free speech and independence of the media and its journalists. On the other hand, however, the press must play their role in national development in an environment that is free and independent, with fair ownership spread as biases, sensationalism, propaganda, fake news and media vices are inimical to the press’ role in national development.

Once again, I thank KAS and NILDS for this timely engagement. I trust that the quality of knowledge imparted at this workshop would very quickly translate into an improved press ecosystem to the benefit of the legislature and the Federal Republic of Nigeria. 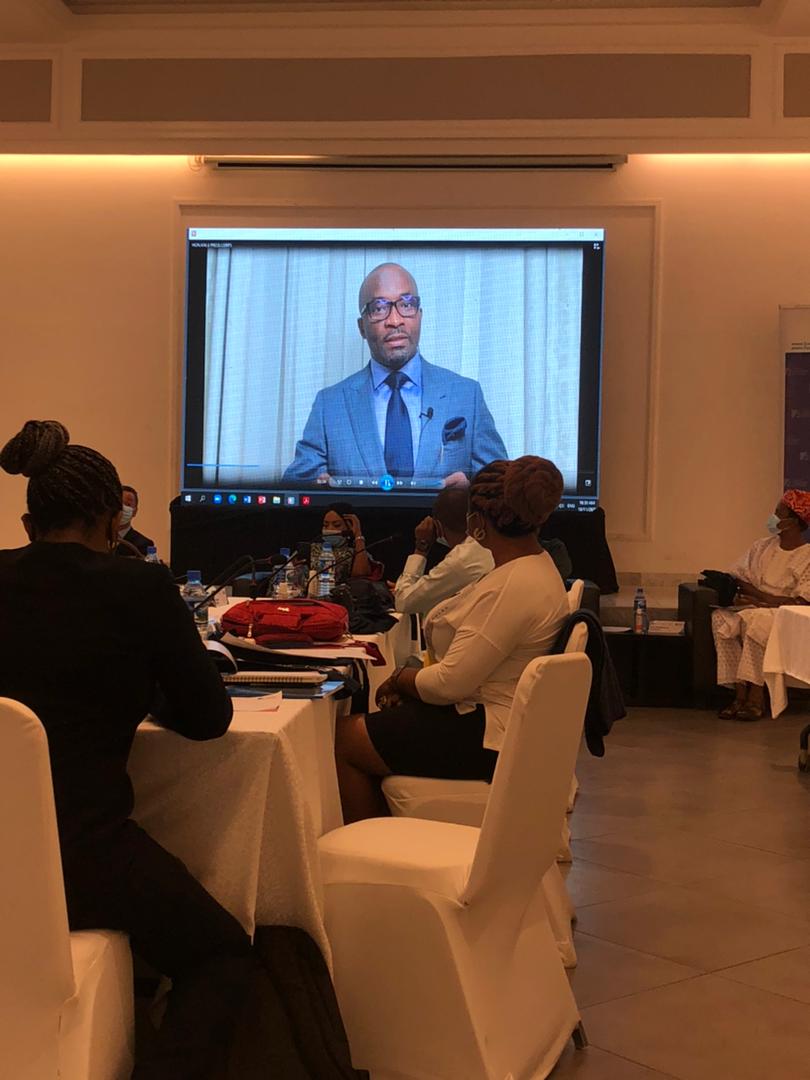 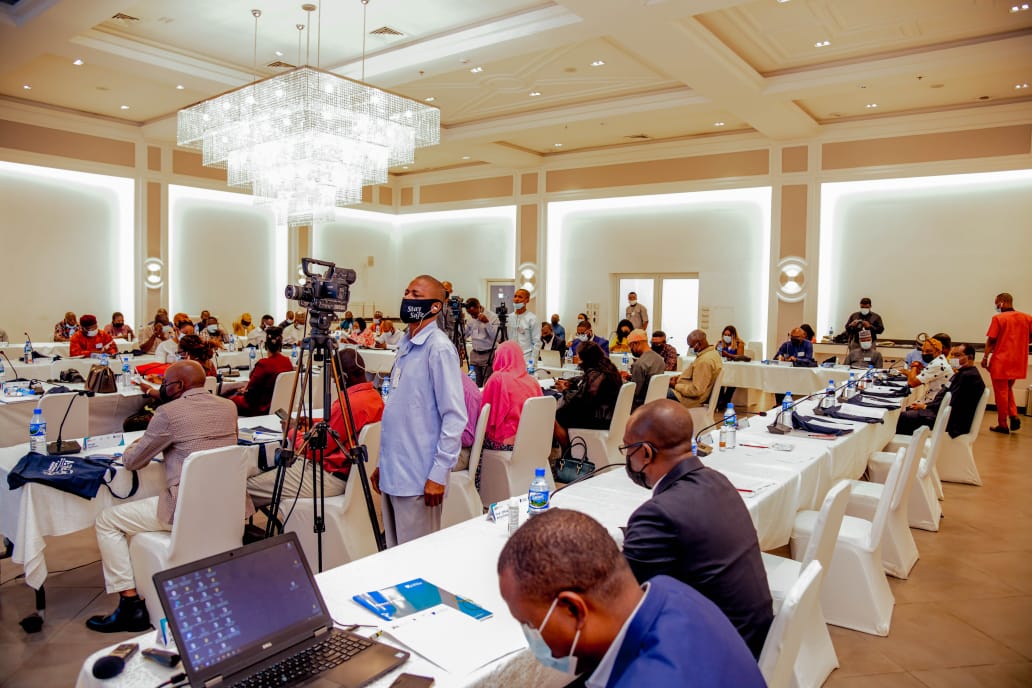 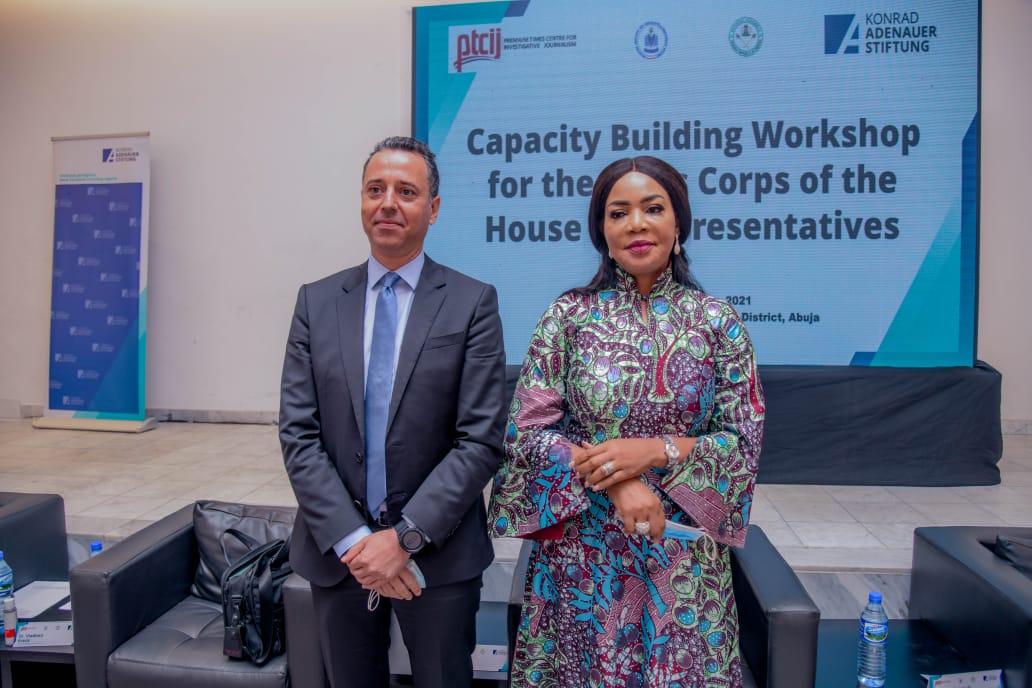 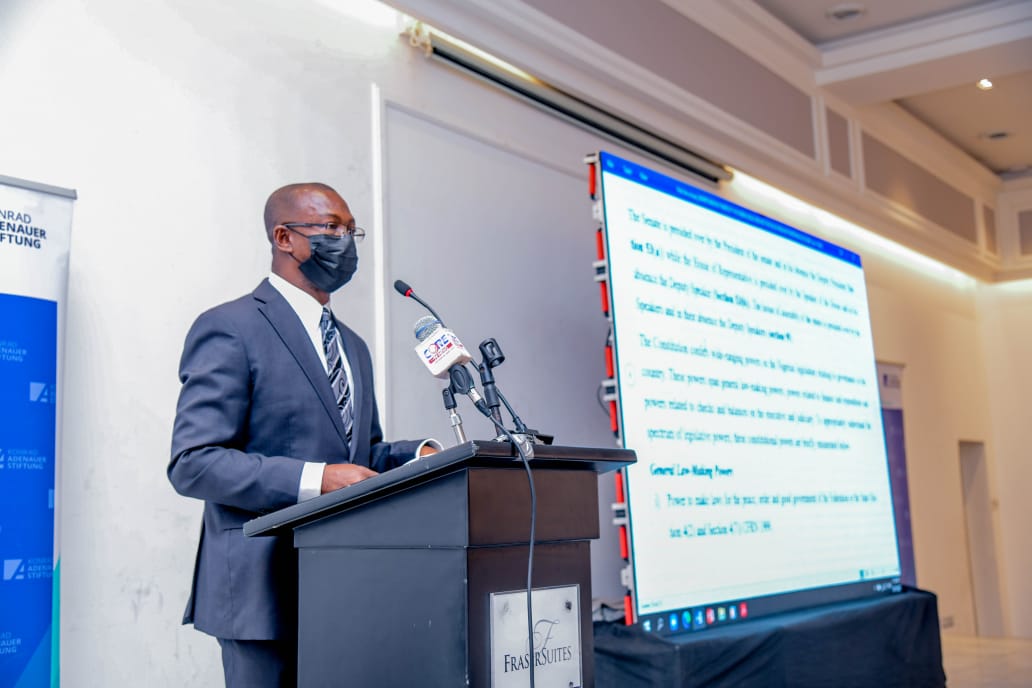 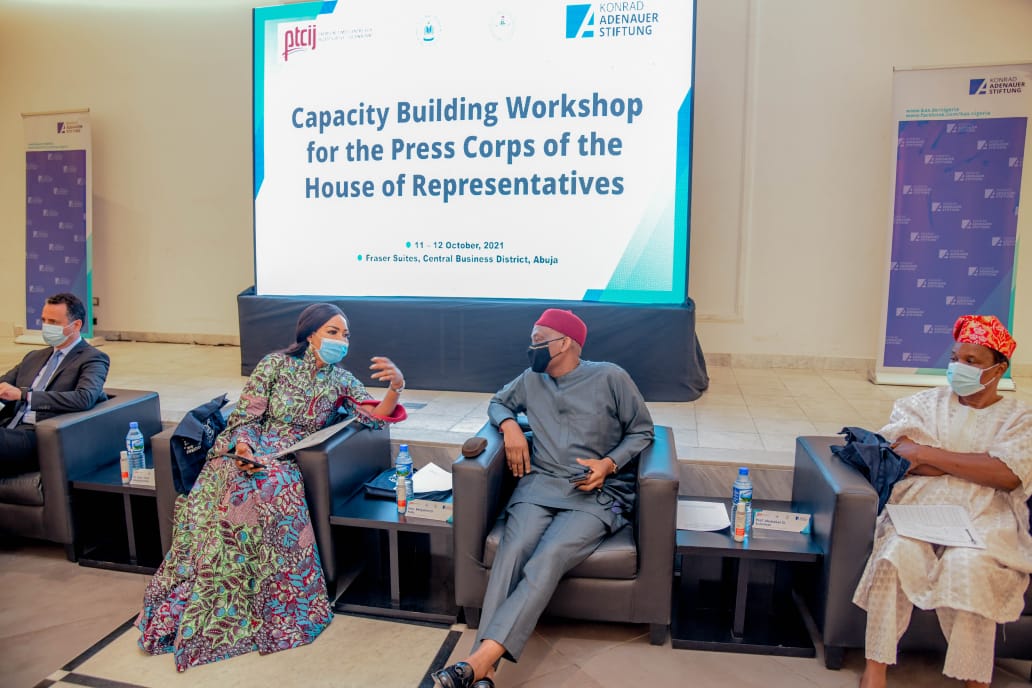