Rep. Benjamin Kalu represents President Muhammadu Buhari at the Commissioning and Handing over of the Flood, Erosion and Gully Menace at the Federal Polytechnic, Nekede.

The Member representing Bende Federal Constituency and Chairman, House Committee on Media and Public Affairs yesterday, 9th of July 2021, represented President Buhari at the commissioning and handing over of the flood, erosion and gully menace project at the Federal Polytechnic, Nekede.

The Spokesperson was received at the Imo State Government House by the Executive Governor of Imo State represented by Deputy Governor, Hon. Placid Njoku who expressed gratitude to the Federal government for intervening at such a crucial time to the ecological problems facing the Nekede community. He went further to highlight the numerous problems that they have faced as a result of the flood witnessed in the community prior to this intervention.

From the Imo State Government House, they proceeded to the project site where they were received by the Rector of Nekede Federal Polytechnic, Dr. Engr. M.C Arimanwa of the Ecological Fund Office and the Traditional Ruler of the Community. Also present at the occasion was the Project Contractor Messrs Vintage Consolidated Limited

While delivering his keynote address on behalf of the President, he expressed his delight to commission this project on behalf of the Federal Government, he mentioned that the project is one of the ecological projects awarded by the President in the first and second quarter of 2019. He said:

‘The project which is one of the Nine (Nine) ecological projects approved by Mr. President for the first and second quarter, 2019, was awarded by the Ecological Fund Office Tenders Board on the 27th September, 2019. The importance of this project to the Polytechnic cannot be over-emphasized as it is expected to address the devastating effects of erosion and flood menace in the Polytechnic environment.

The completion of this project underscores the Federal Government’s concerted effort and sincerity of purpose in tackling problems of its citizens and making life more meaningful for the people of our great nation. I have no doubts in my mind that this Federal Government’s intervention will bring a huge relief generally to the Polytechnic Community that have for a very long time suffered the problems of these ecological challenges.’

Adding that this project will enhance the standard of living of staff and students of the polytechnic by reducing the dangers associated with erosion and persistent flooding that had been experienced in recent times. He further added:

‘Having successfully completed this project, the living standard of the staff and students of the Polytechnic would be enhanced. This would at the same time reduce dangers to lives and properties associated with erosion and persistent flooding that had been experienced in recent times. At this point, let me underscore the present administration’s determination to continue with the implementation of all genuine Government policies, agreements and contracts at both National and International levels aimed at laying a solid foundation on our quest for virile and prosperous nation on the path of unfettered development.

At this critical moment of our nation building and economic recovery, there is no doubt that the project will provide a window of opportunities for economic growth of the Community.’

The representative enlightened the audience on the achievements of the current administration with attention to the southeast which is an indication of fair distribution of infrastructure irrespective of region, political and religious sentiments. Some of the projects he mentioned include; construction of new runway for Abuja and Enugu airports, Development of capacity at the Eastern ports, Energizing Economies Programme which involved taking clean and reliable energy to markets across the country such as Ariaria Main Market in Aba amongst many other projects.

He also congratulated the Ecological fund Office, the project contractor as well as the project consultant for their diligence and handwork in ensuring timely and speedy completion of this project. He also, on behalf of the Federal Government appreciated the community for their cooperation and provision of a safe environment during the course of this execution. He urged the Polytechnic to cherish this laudable project by preventing indiscriminate dumping of refuse in the drainage channels reminding them that it is their responsibility to maintain the project in order to ensure its sustainability.

At the end of the event, the official plaque in the name of Hon. Benjamin Kalu who represented the President of the federal republic of Nigeria, was jointly unveiled by him and the Governor of Imo State Sen. Hope Uzodinma ably represented by the deputy Governor Prof. Placid Njoku. A vote of thanks was given by Dr. Ikenna Opara, Principal Planning Unit, Federal Polytechnic Nekede, Imo State. 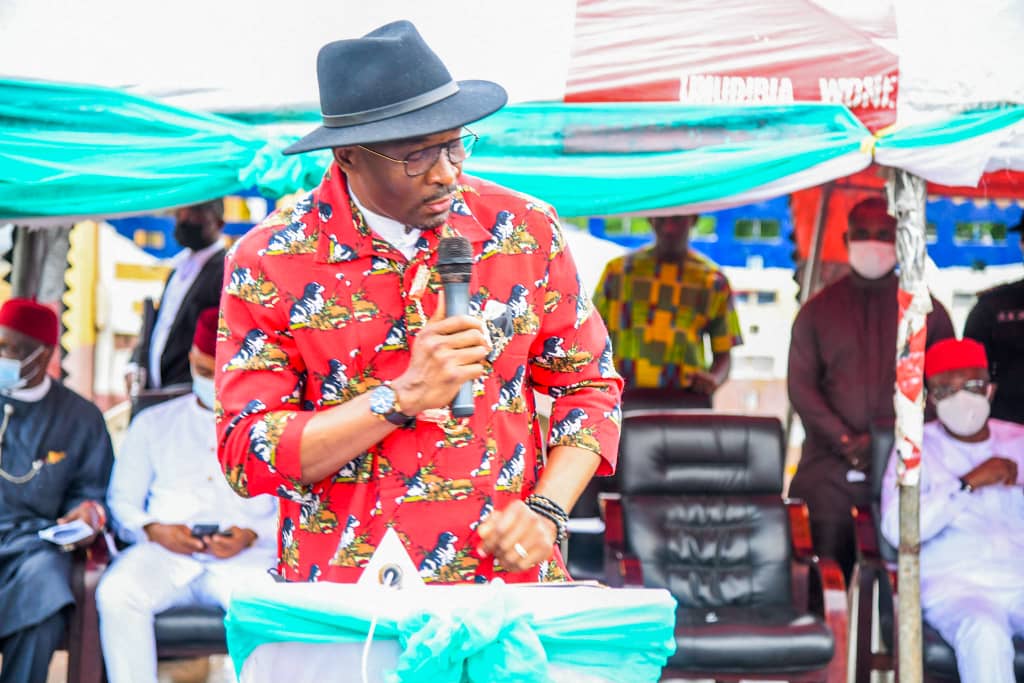 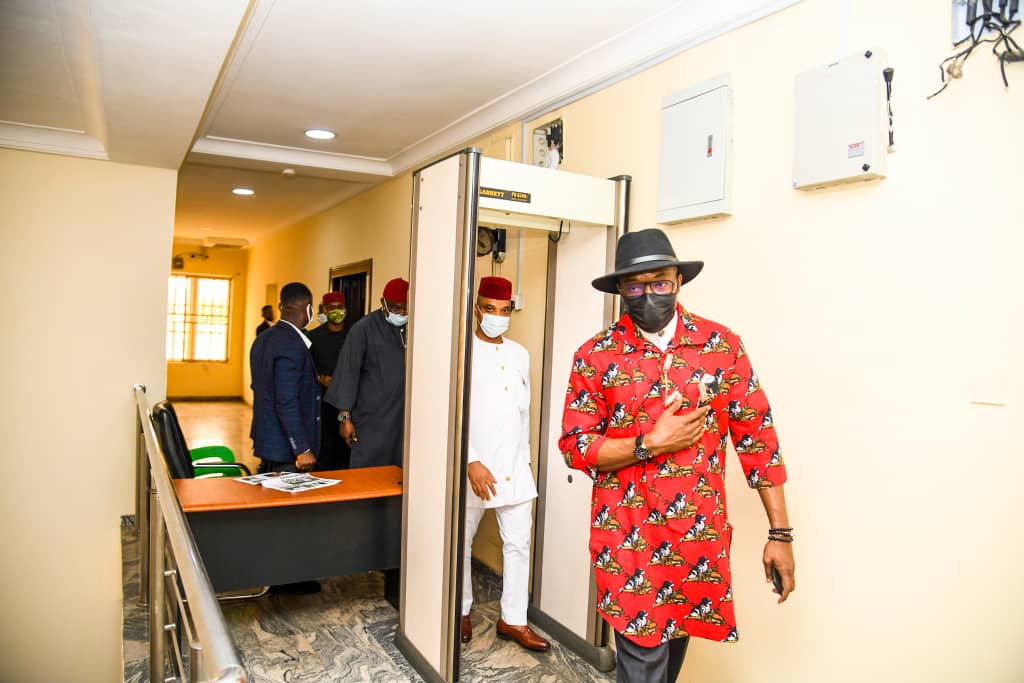 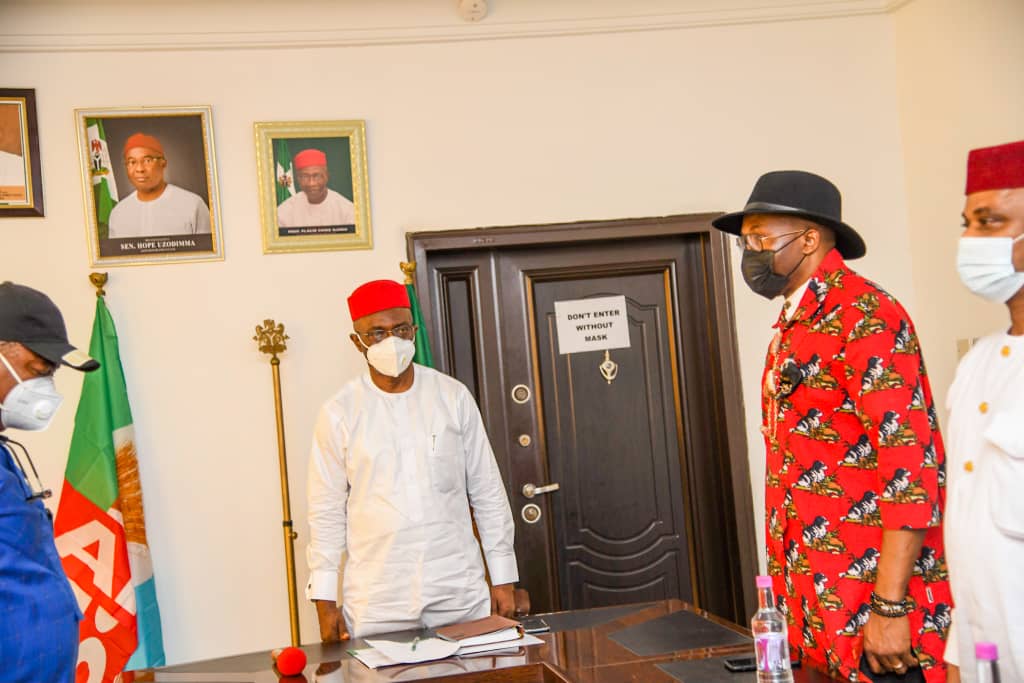 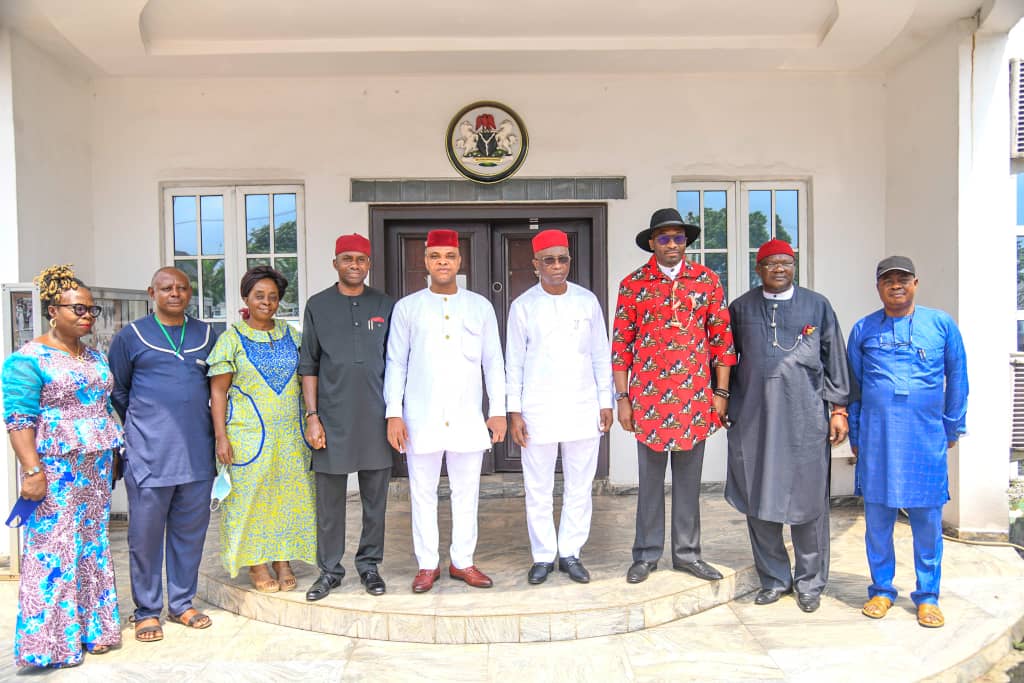 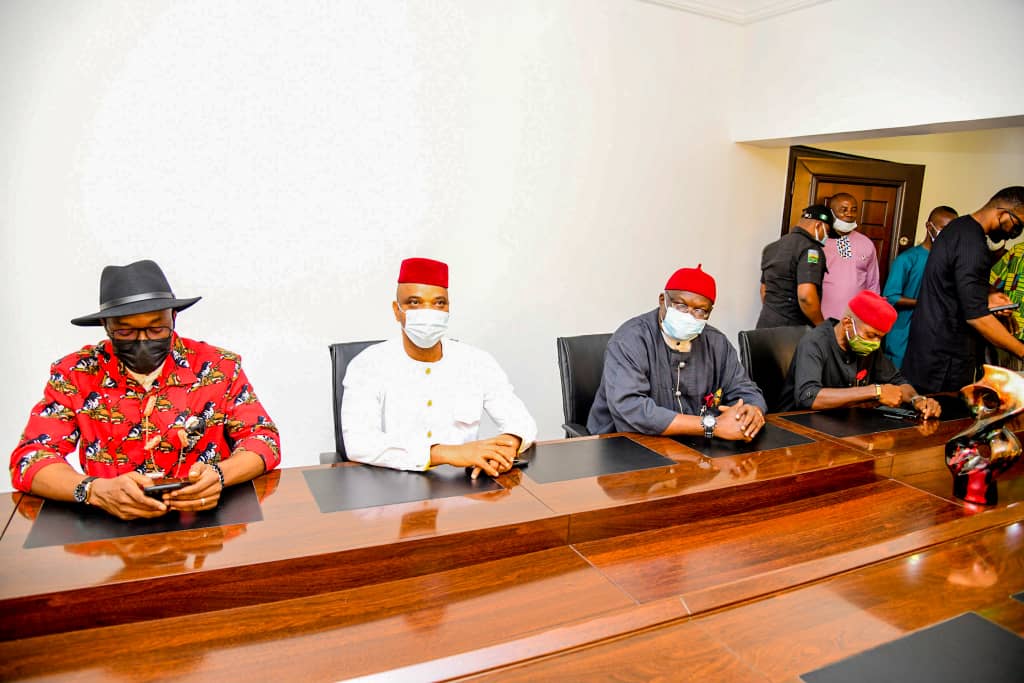 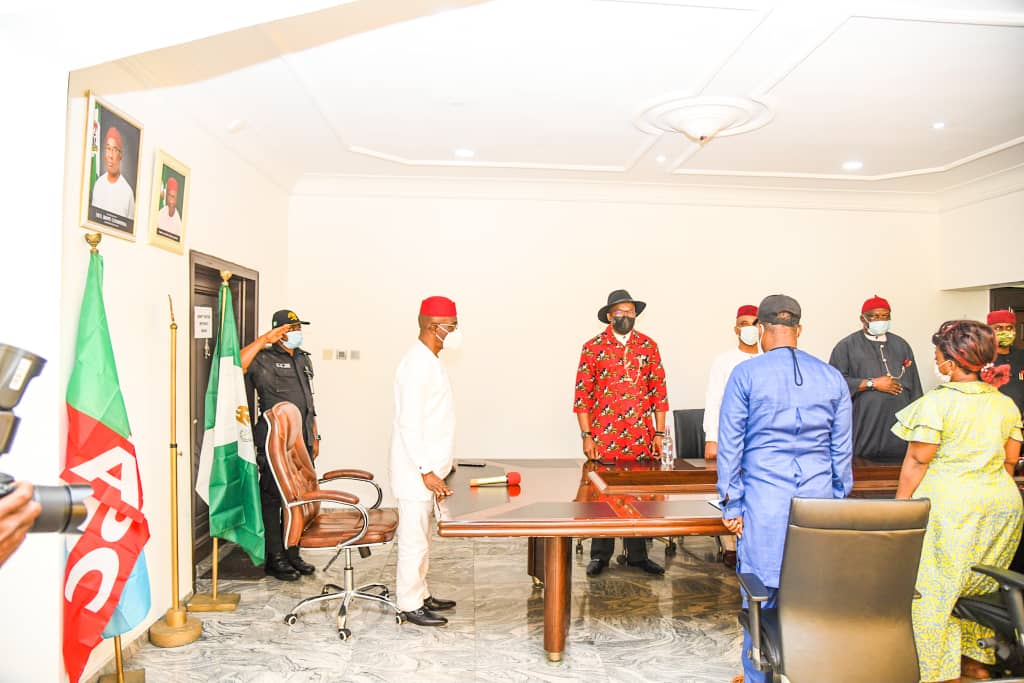 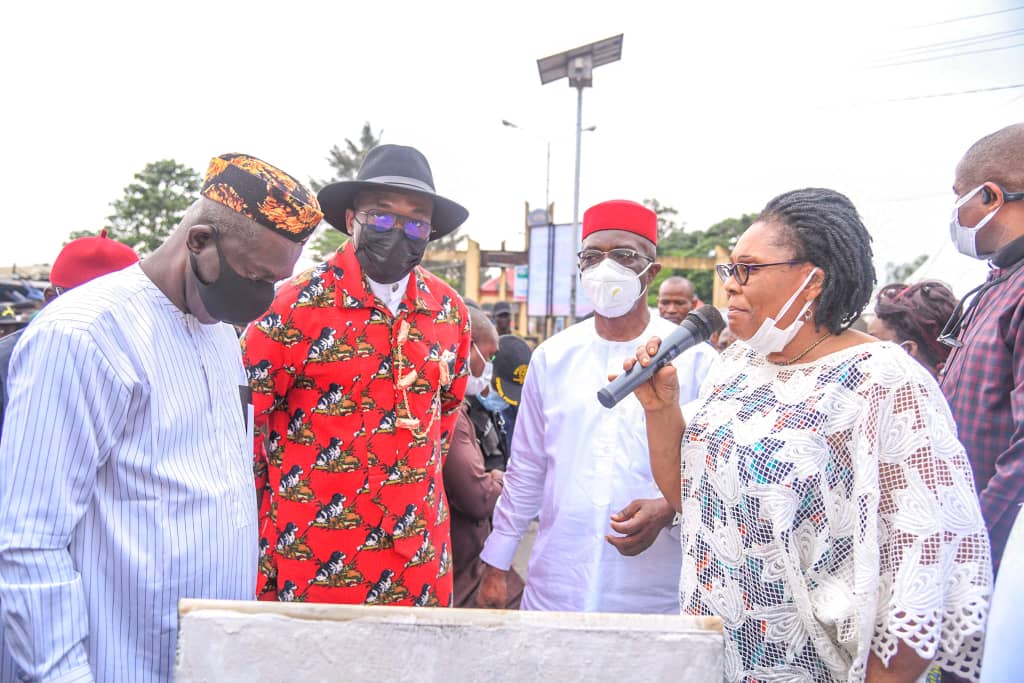 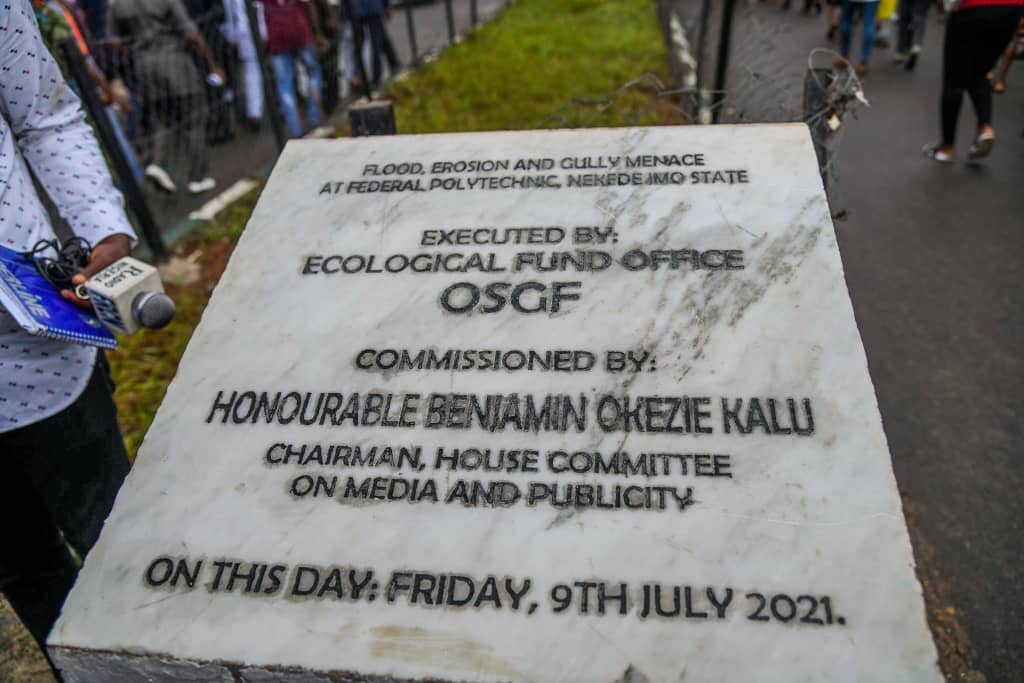 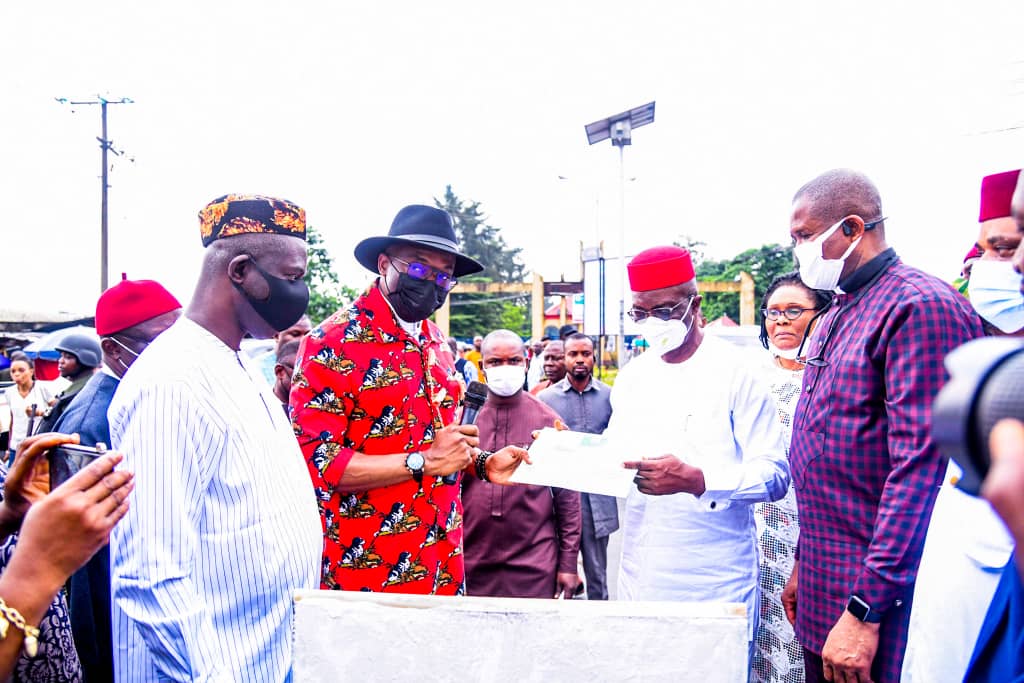 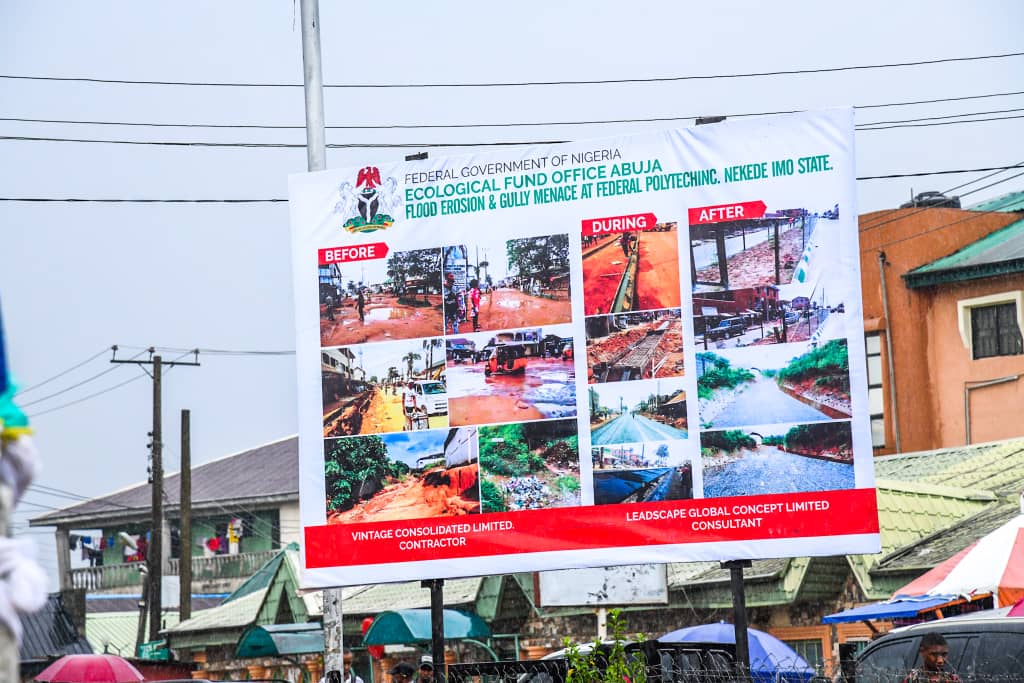 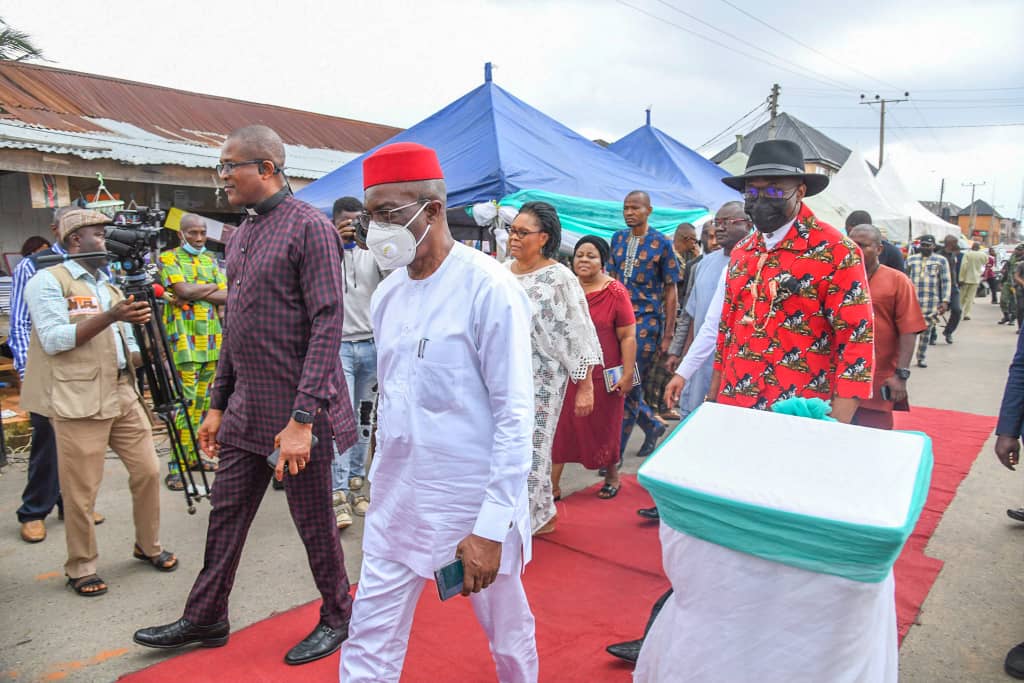 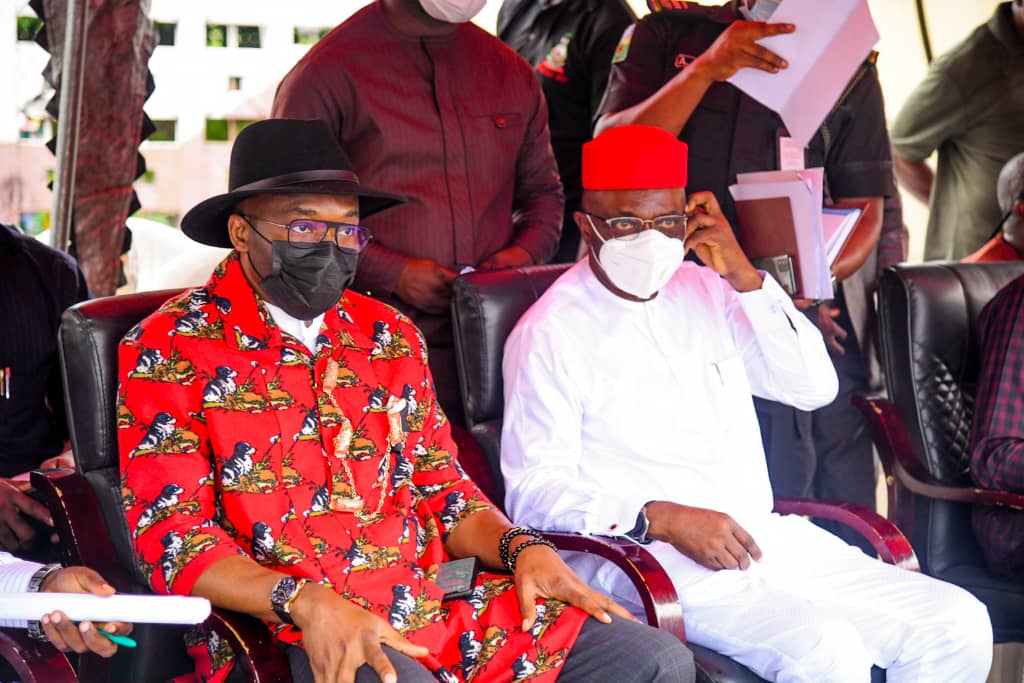 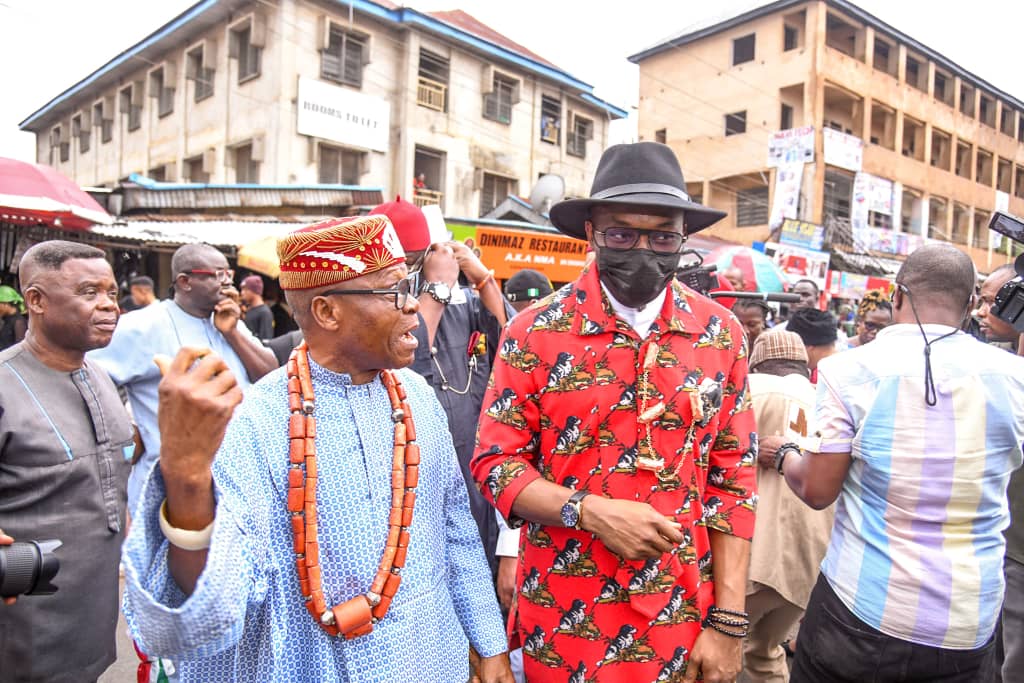 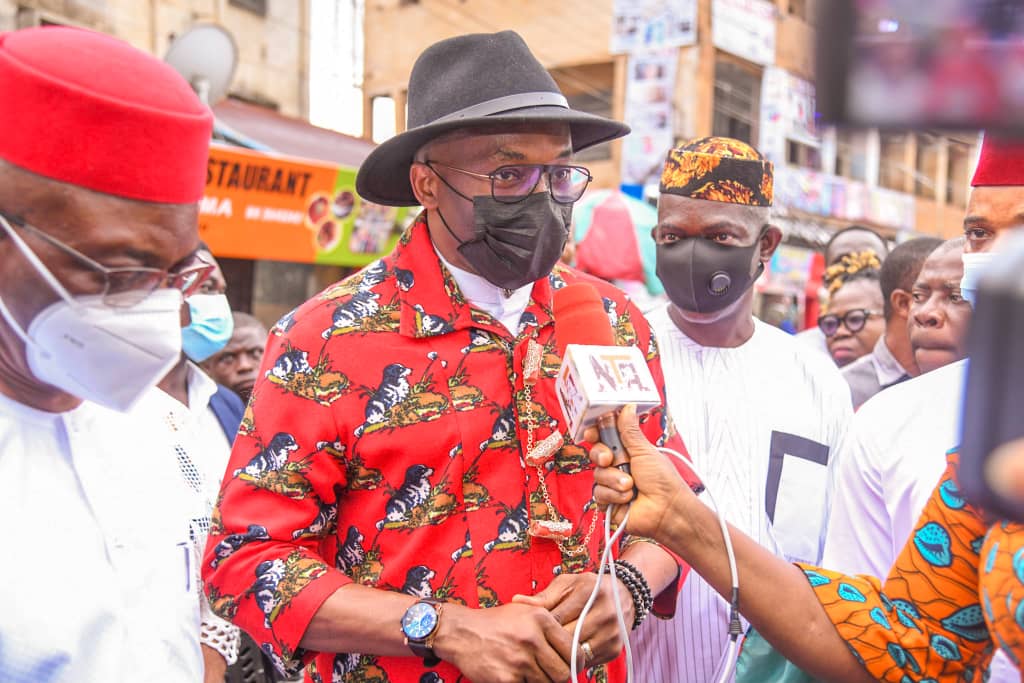 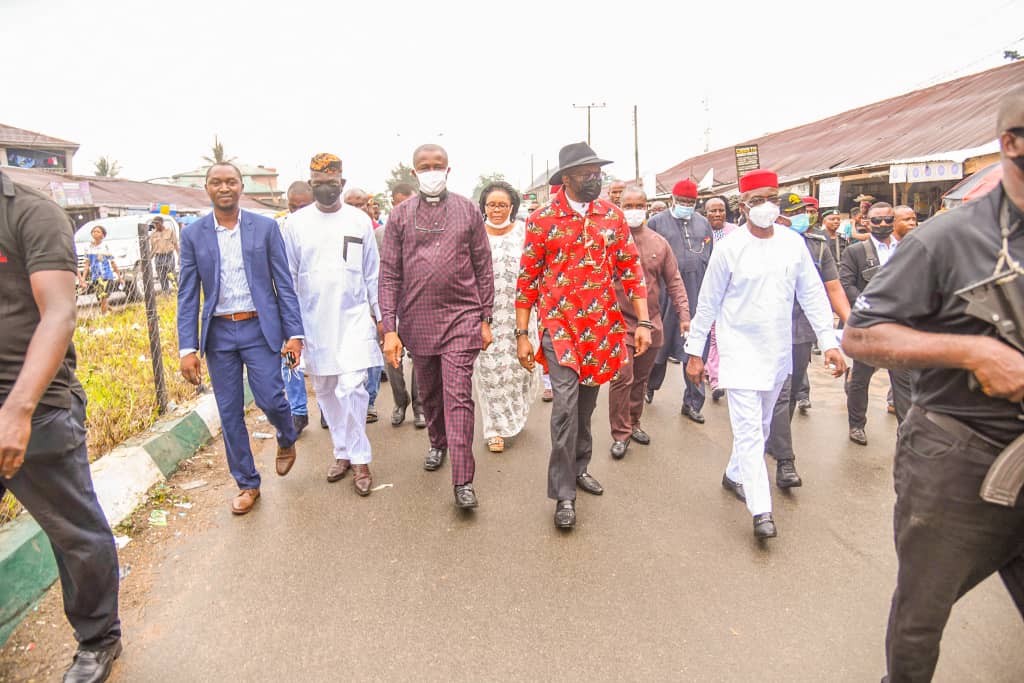 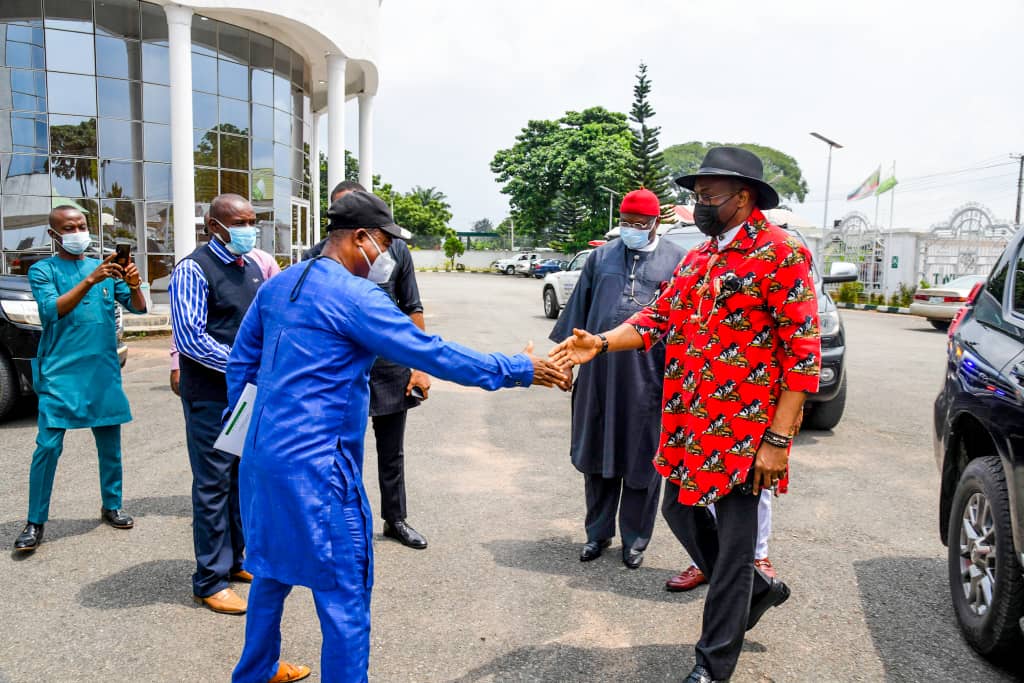