by Drum Africa Correspondent
in Health
61
0

The Spokesperson of the house and Chairman house committee on Media and Publicity, Rep. Benjamin Kalu made this call today as he joined the Live Strong with Iron Campaign organized by NESTLE Nigeria PLC.

The event which held at Transcorp Hilton Abuja, started at about 10am and ended by 2pm.

The Live Strong with Iron Campaign is a health awareness and advocacy campaign with the objective to increase public awareness of Iron deficiency, its impact on individuals, families and nations, and to highlight remedies and solutions. This project was launched by NESTLE in the Central and West Africa in 2019

Speaking at the event, Rep. Benjamin Kalu commended the private sector for their participation in Nation building reiterating the mantra of the 9th assembly which is Nation Building-a joint task, beyond the 3 arms of government. He recalled that the global pandemic has exposed the gaps within the health sector as well as health of individuals in the nation. He added that he is delighted to be one of the voices of the campaign at this time because in bridging this gap we ought to look out for what is sustainable.

He observed, “Most people feel these symptoms which include headache, weight loss, hair loss, high blood pressure, weakness, difficulty in concentrating amongst others without knowing that it is caused by Iron deficiency”

The Spokesperson applauded the advocacy and called on the Ministry of Health and Ministry of Education to support the project especially as it concerns the School feeding program, taking cognizance of iron contained in the food given to the students in the adequate quantity.

the more people are educated, the more they can appreciate the sources of this food supplement.

He concluded saying that as a house, they will always stand by Nigerians in these needs analysis and also take the necessary steps to ensure they are solved adequately.

He assured the participants that he would also use his office as the chairman media and publicity to the awareness of the advocacy within the members of the National Assembly. 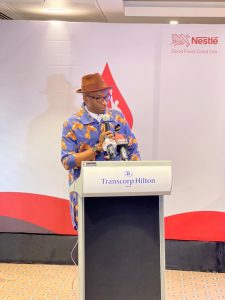 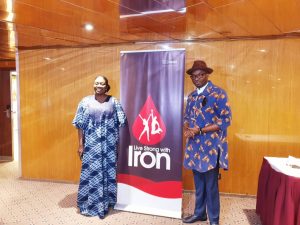 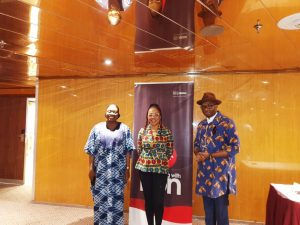 INSECURITY: House of Reps delegation meets with US Mission