by Drum Africa Correspondent
in Politics
60
0

Speaking at the Stakeholders meeting for the Aba North and South Constituency Election, he recalled that prior to his own elections, he had not met the INEC REC before. Irrespective of that, his results were called and he was declared winner without any manipulations.

He stated that he is actually meeting the state commissioner for the first time at the meeting.

He implored candidates to trust the process of INEC and the structures they have to execute a peaceful and unbiased election process and also advised the youths not to allow themselves to be used as tools in the hands of politicians. 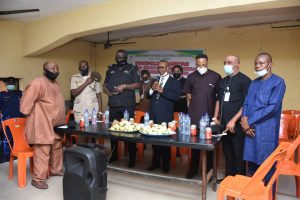