by Drum Africa Correspondent
in Politics
61
0

Speaking at the Aba North and South Stakeholders meeting organized by the Independent Electoral Commission, Abia State ahead of the coming Aba North/South Federal Constituency Elections, the spokesperson of the House of Representatives, Hon Benjamin Kalu on behalf of the party APC assured all present at the meeting of a peaceful and non-violent elections.

He commended the Independent Electoral Commission, Abia State for the structures they have put in place to ensure that the elections are held in the most orderly manner.

He encouraged the people of Aba North and South to vote the credible and competent candidate in the election to be held on Saturday 27th March, 2021.

He also mentioned that there’s no need to fight and kill each other as a result of party disparities. In his words

“There is no need to kill our ourselves, there’s no need to fight. The reason is that one may not stay in one party forever. Let us vote a credible and competent candidate who can deliver what Aba people need”

The meeting was attended by the INEC Abia State Resident Electoral Commissioner, Dr. Joseph Iloh, and other staff of the commission, members of other political parties, security agencies and stakeholders of the constituency. 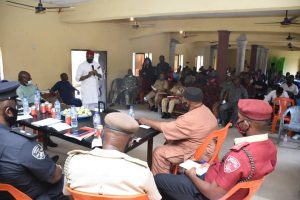 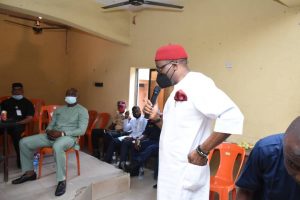 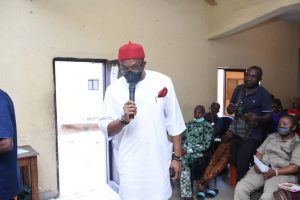 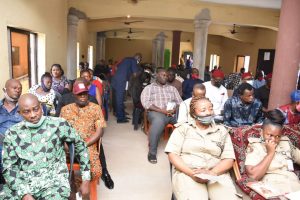 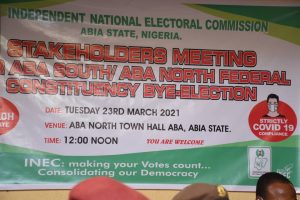