by Drum Africa Correspondent
in Politics
58
0

The zonal leaders meeting which was well attended by all members of the party was hosted by the Deputy Chief Whip of the Federal House of Representatives, Hon. Nkeiru Onyejeocha. At the meeting, they  discussed various achievements so far by the members of the party who are representing the people at the National Assembly, they also mapped out strategies for winning the forthcoming Abia-North Aba-South Federal House of Representatives polls scheduled to hold on March 27th.

In her opening speech Onyejeocha who also doubles as the Chairman of the APC Abia-North zone expressed her gratitude to President Buhari for his support in the various developmental projects in the zone.

Onyejeocha highlighted that Abia-North is privileged to have its representatives at the helms of various leadership capacities at the National Assembly which is also a major reason behind the various construction works ongoing in the state.

She thanked Sen. Orji Uzor Kalu for making sure that the developments are evenly spread across the five local governments in our zone, saying that he’s not a leader to be selfish with project as a result of sentiments.

Speaking about the Spokesperson of the House and member representing the Bende Federal Constituency, Honorable Benjamin Kalu, she highlighted that he has done excellently exceeding the expectations of one who is a first time law maker at the National Assembly.

She applauded the efforts of the Representatives in the house for their projects in Abia North, also mentioning that the projects she is executing for Isuikwuato is also the same as what is happening in Umunneochi.

“I have a pact with the people of Isuikwuato, that Abia-North is the strongest zone  of the APC in the Southeast didn’t come on a platter of Gold, we worked for it and we earned it”

In response to Hon. Onyejeocha, Hon. Benjamin expressed his optimism that more projects would be executed in the zone. He said “The infrastructural work ongoing in Abia-North is laudable and among the highest among other Senatorial zones in the country.

On the March 27th Aba North/South election, Hon. Benjamin disclosed that the party is committed to wining the election, He insisted that amongst the three candidates from the different parties, Hon. Mascot Uzor Kalu is fortified with all it takes to represent the people of Aba North and South at the green Chambers

“Being a lawmaker is not just about occupying a position; it’s all about the influence of such a personality, with all of us as lawmakers in the APC occupying major Leadership positions, Hon. Mascot Kalu will be in pole position to attract various infrastructural developments to the people of  Aba”

Senator Kalu in his speech, called for peaceful elections while encouraging stakeholders to avoid all forms of malpractices and violence. The Chief Whip promised that the party is capable to protect all the votes from the people.

He continued by saying that APC will ensure that the people of Aba will enjoy the dividends of democracy and good governance. In his words “Our party will do more for the people of Aba, we shall replicate the Aba the type of developments on going in APC Senatorial districts, within the first year Aba people will have Ten Brand new roads, it will be on record that a Senatorial district that is not APC controlled will be having Ten need roads , because they voted for our party and the people are the major beneficiaries of this projects.

“When I was Governor, I constructed so many roads in Aba some people thought I didn’t know what I was doing but I understood that this is a sustainable development for our people. Because with roads our people will thrive in their economic activities.

He added that all hands should be on deck as the election is a task for everyone as well as the victory. 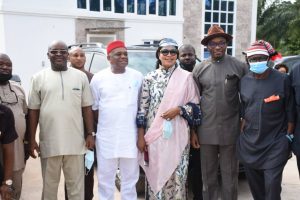 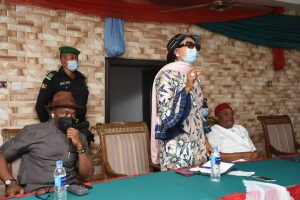 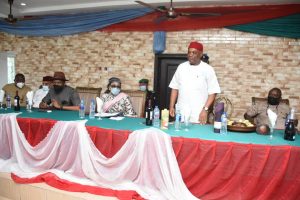 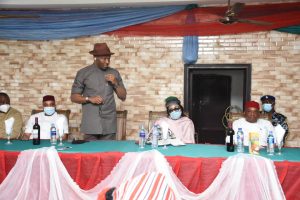 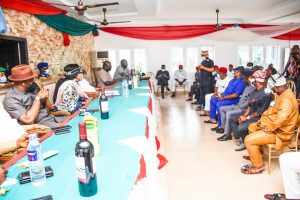 Rep. Benjamin Kalu celebrates VP Osinbajo on his birthday; hails him as the gold standard of integrity in governance