by Drum Africa Correspondent
in Uncategorized
66
0

The Member representing Bende Federal Constituency and the Spokesperson of the House, Rep. Benjamin Kalu received the Vice-Chancellor and other executives of the University of Calabar as they paid him a courtesy visit at his office on Wednesday, March 9, 2022, at the National Assembly Complex.

The Vice-Chancellor, Mrs. Banku Obi in her introductory speech stated that they have come to congratulate the Representative as a worthy alumnus of the institution adding that they are proud of him and his giant strides at the Green Chambers. The Vice-Chancellor further commended the lawmaker on becoming the Official Spokesperson of the House highlighting his excellent delivery of the role. She applauded him for representing the University and flying the flag to higher heights.

She further explained that as an administration, they have deemed it fit to reach out to the alumni network of the institution to harness their strength and support for the development of the university, as well as bring them home to inspire the younger generation. While briefing the lawmaker on the proposed plans and projects mapped out for the progress of the institution,  the VC also seized the opportunity to invite the lawmaker for the next Graduate Convocation ceremony for the University set to hold on March 26th, 2022.

In his response, Rep. Kalu expressed gratitude to the Vice-Chancellor and Council Members for honoring him with such visit, he commended the Vice-Chancellor for her proactive nature and sagacity in leading the affairs of the university, adding that she is a woman worthy of emulation. He informed the Vice-Chancellor of the strong alumni network of members from his class which he is actively involved with. He also highlighted some plans by the network to give back to the institution.

Rep. Kalu expressed his unwavering commitment to the university as he mentioned that he has already begun executing some tasks in that regard. He applauded the Vice-Chancellor for such a timely initiative and pursuing it with the needed passion to deliver, he emphasized that the private-public partnership is one key factor for growth in institutions like the universities.
While urging the VC to explore and activate the numerous potentials of the university, he encouraged her and the entire executives to keep up the good work in raising the bar of leadership. The Representative further assured them of his support for the administration whenever he is called upon.

The meeting ended with a vote of thanks by the Liaison Officer Emeritus, Mr. Daniel Onihana. 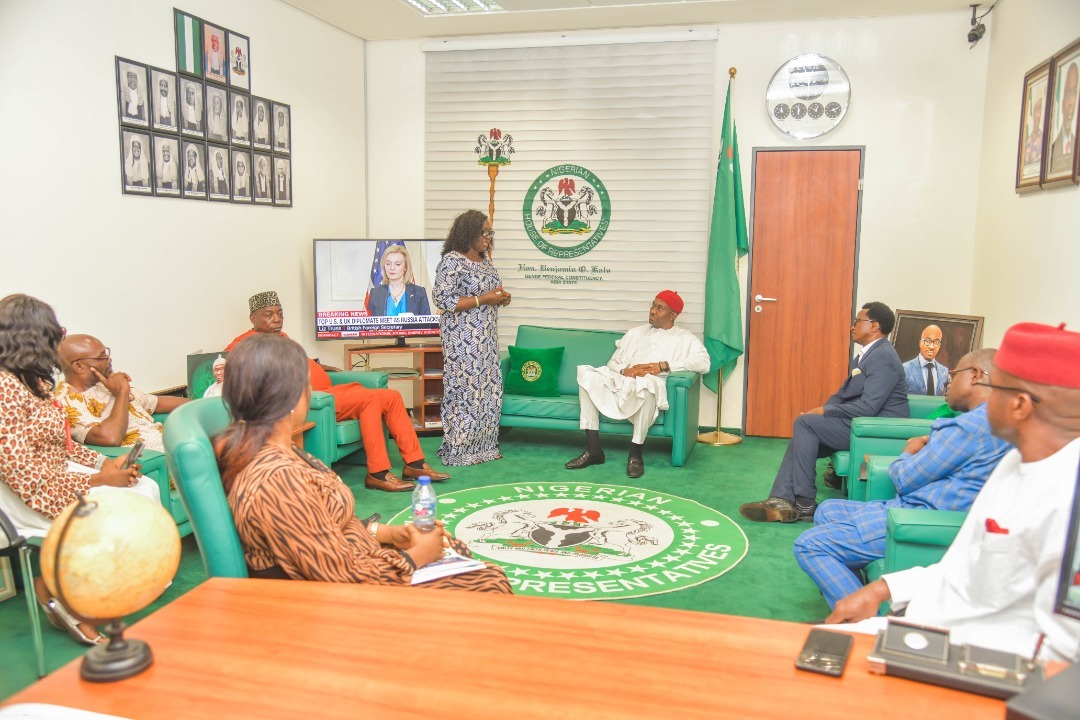 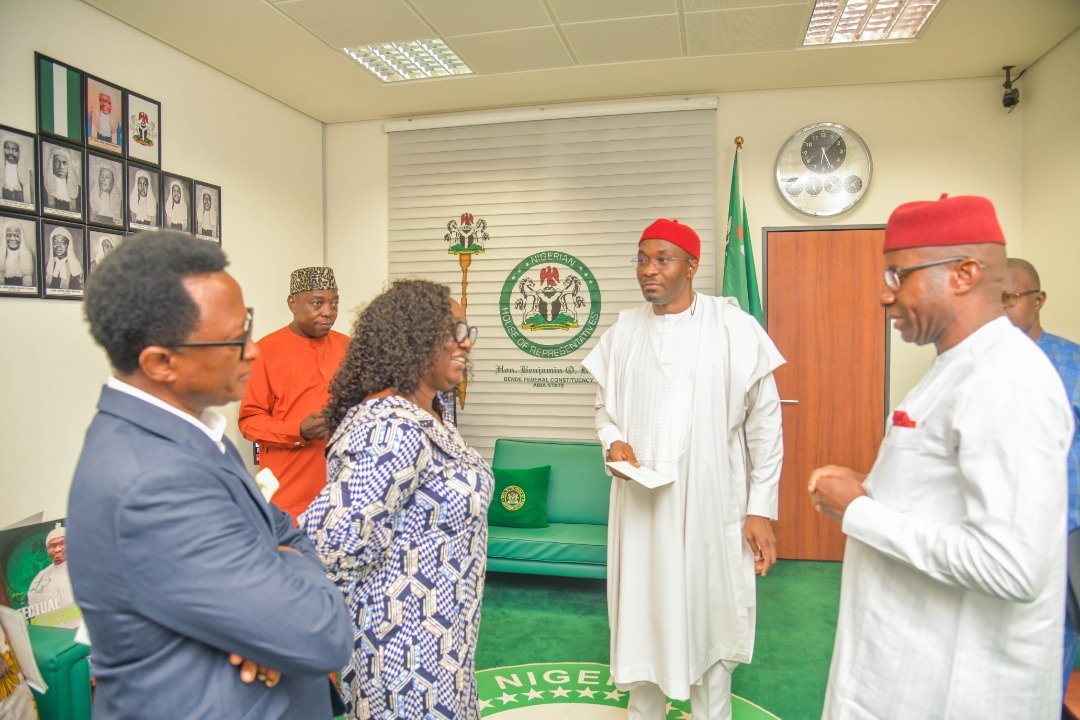 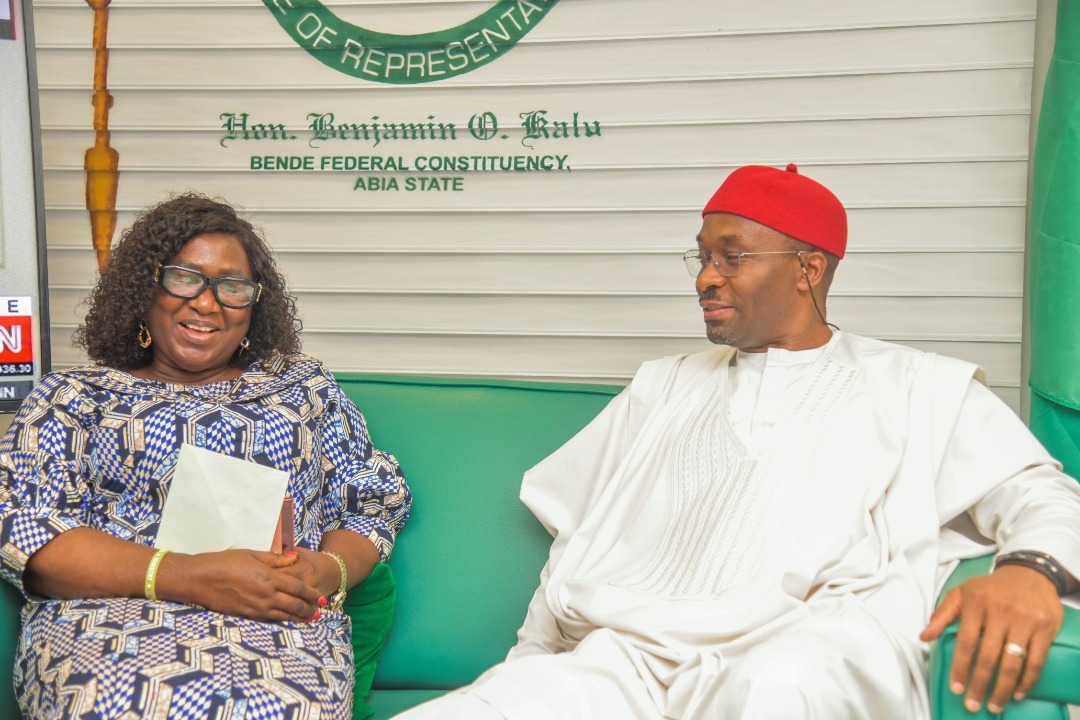 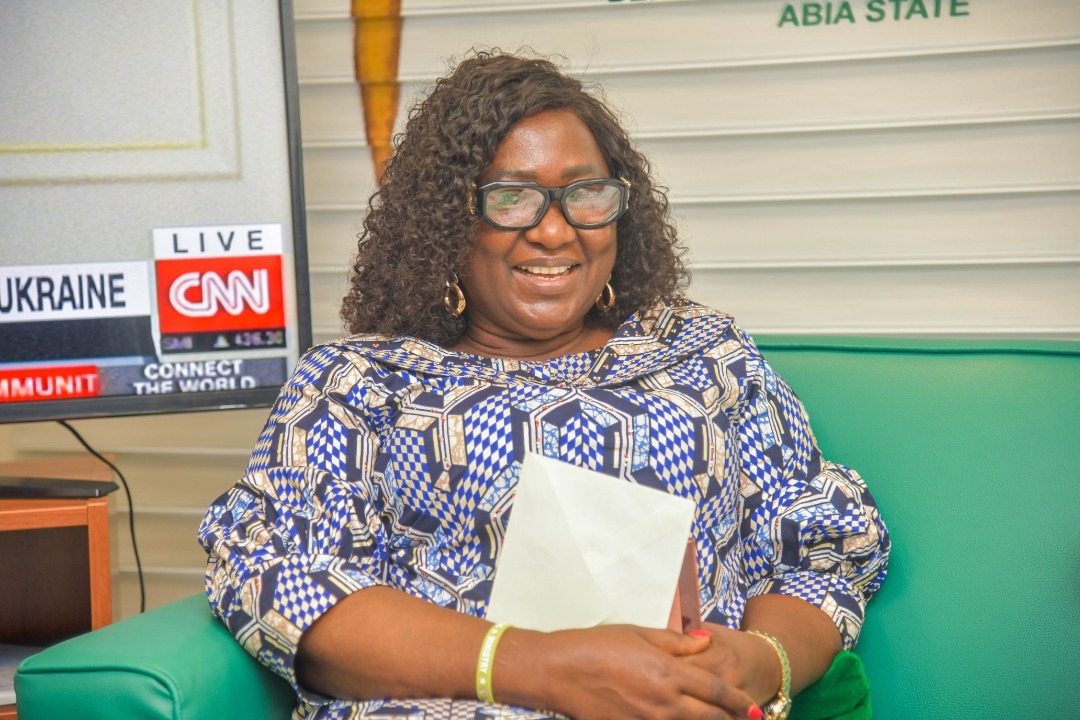 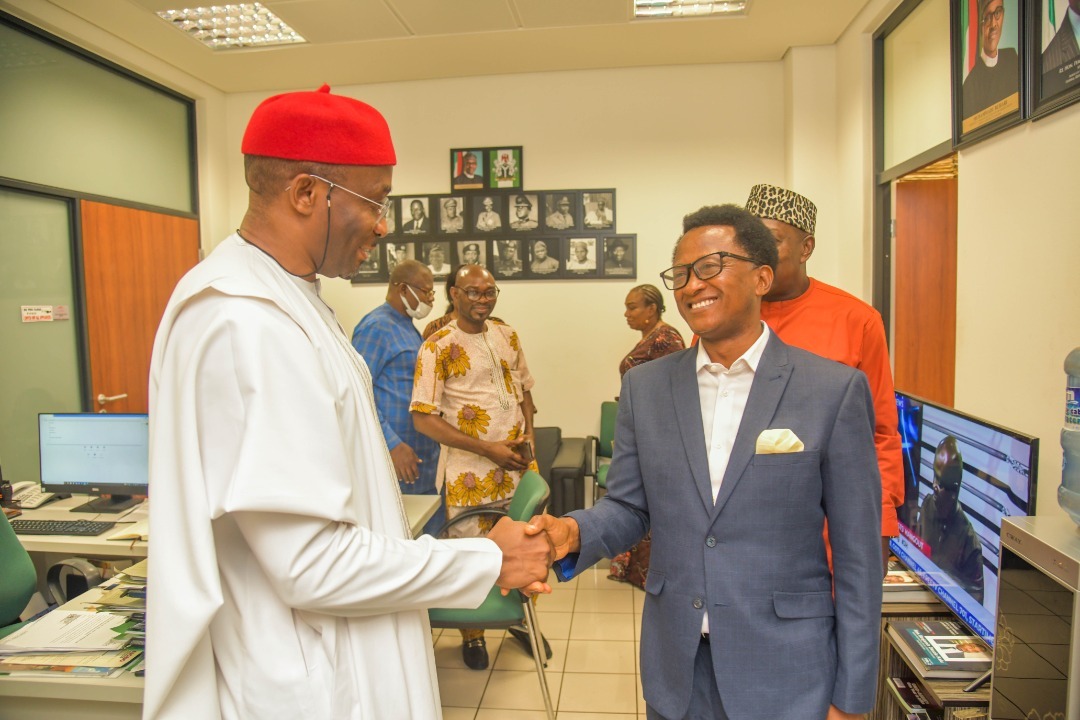 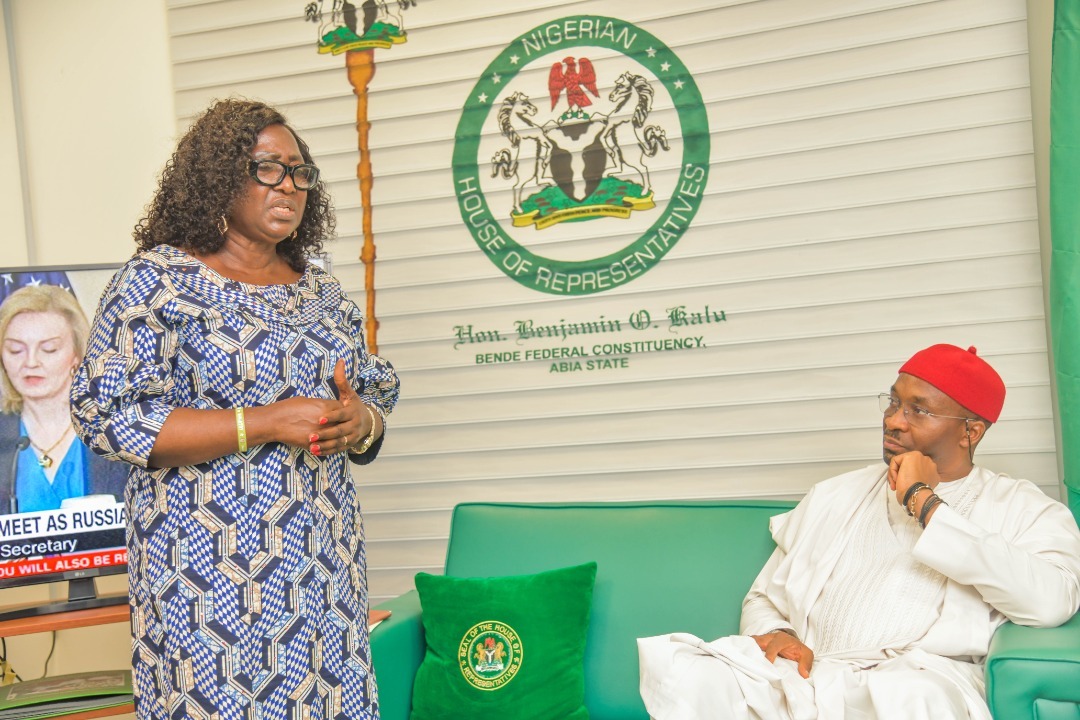 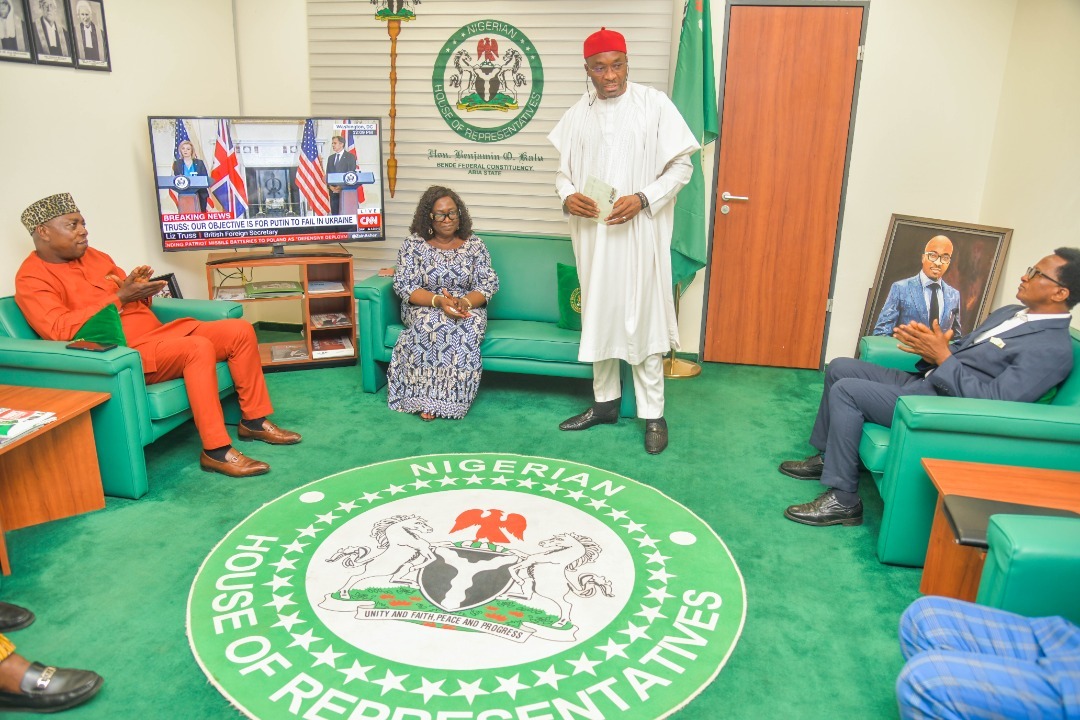 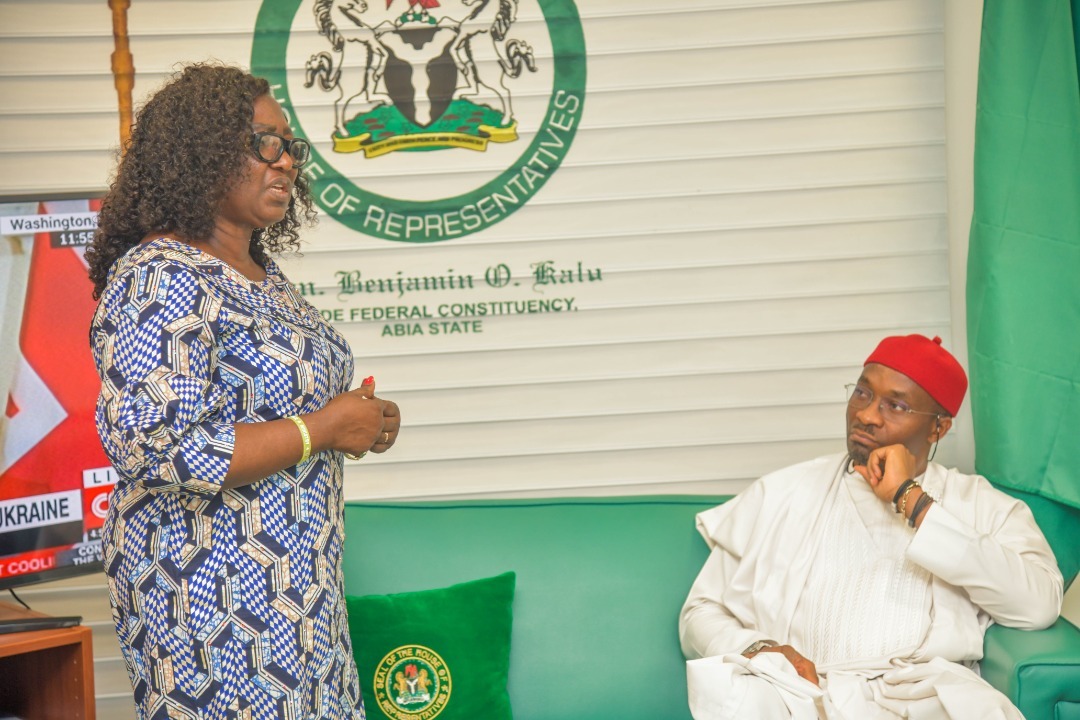 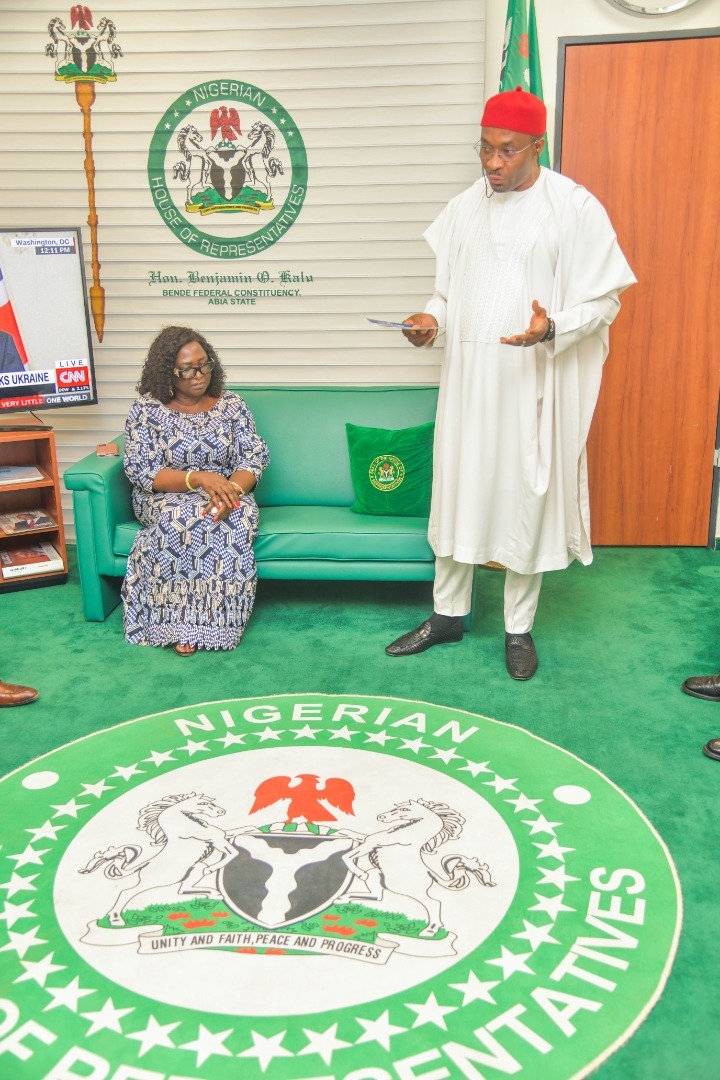