by Drum Africa
in National, News
58
0

In a statement made available to newsmen in Awka, Anambra state, the Secretary to the Hausa Community in Nnewi, Sani Suleman, said it would be difficult for them to leave the Southern part of the country because they had spent decades of their lives there.

He stated that some of them had lived in the region for more than forty years, saying that anybody calling for their relocation to the North was making a mistake.

“We have been living in the East since 1986. It will not be possible for someone after settling down in an area for decades to just wake up and relocate to his state of origin.

“The Almighty Allah that created Nigeria and brought us together knows the reason he did so. One person cannot just break Nigeria for his personal interest.

“As we are living here, in Nnewi, so are people from other parts of Nigeria living in the North. And there is no way one can just get up and say Easterners go, Northerners go. It is not possible,”he said. 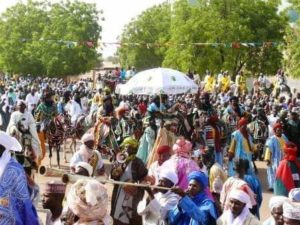